BURN IT DOWN, Made Men 2 by Sophia Peony 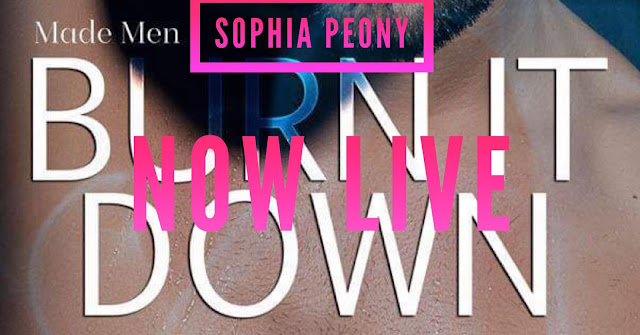 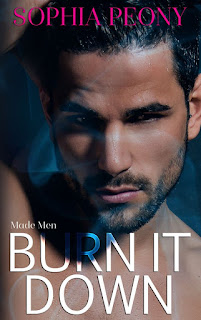 
You are cordially invited to the wedding of


Please leave your guns at the door and wish the couple well.
***
Leo and Freya have a wedding to plan, but an enemy still lurks in the shadows threatening their future.
While Leo is trying to make sure there will be a wedding, Freya is learning what it really means to be La Famiglia. 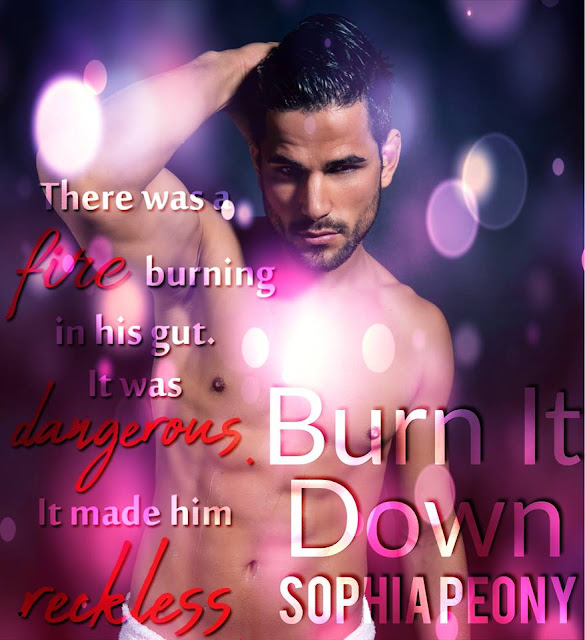 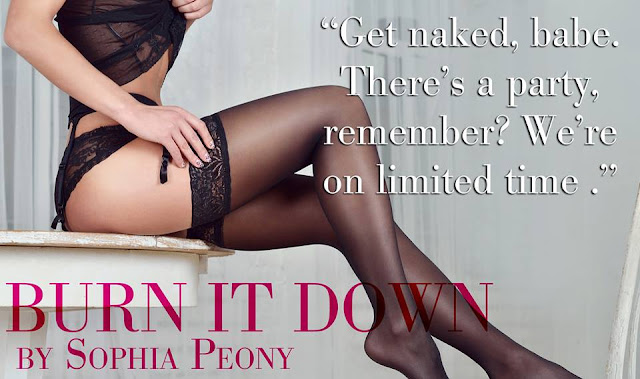 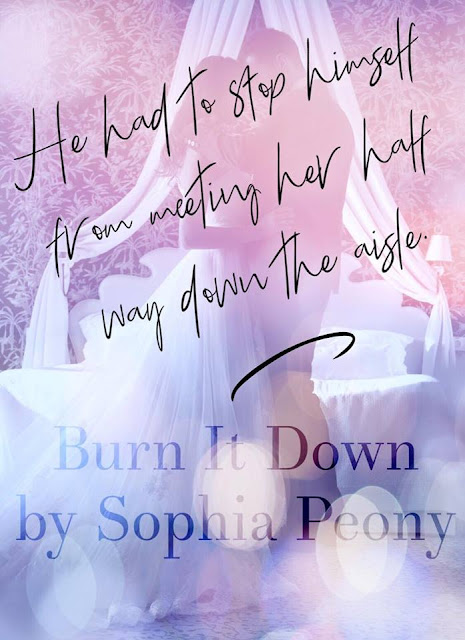 Start the Made Men Series with
Set The City On FirePlease don't die. Please don't die. Please don't die.
Leo heard the frantic whisper over and over in his head. She begged him to stay alive, and he couldn't very well disappoint her by dying.
Someone tried to kill Leo, heir to the Costa family. Call it luck, call it a miracle, or simply say it wasn't his time, but Leo survived thanks to Freya.
Her only alibi was Leo. She couldn't remember what happened, but she knew there was no way she would have anything to do with the missing man. Right? 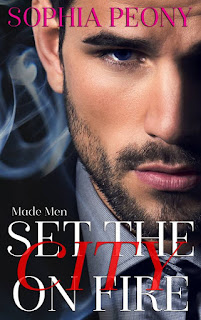 Other Works by Sophia Peony
Spotlight Series:
Love in the Spotlight
Connor Knightly
Hollywood’s biggest star, and a product of Hollywood legends.


Connor needed the right actress for his new movie. He didn’t want the hottest or most popular actress, he wanted the perfect one and Judith was the perfect woman for the role. This movie was his baby and Judith was his star. He just needs to remember to keep his hands off of her. He didn’t want another relationship in the spotlight.
Judith Roux
The product of two people who needed to divorce. 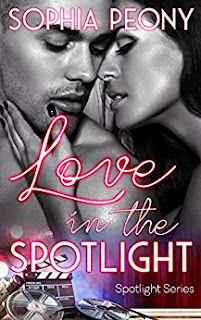 Spotlight Series 2What’s an assistant to do when her boss…
…is famous,
…has a fame hungry ex-wife,
…has a crazy fan,
…and drives her just a little crazy?


Kira and Reid have been tip toeing around their feelings for years and now, they’re about to find out just how crazy they are for each other. 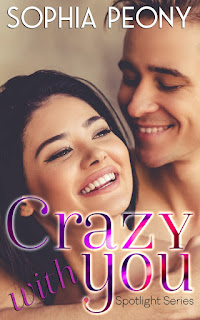