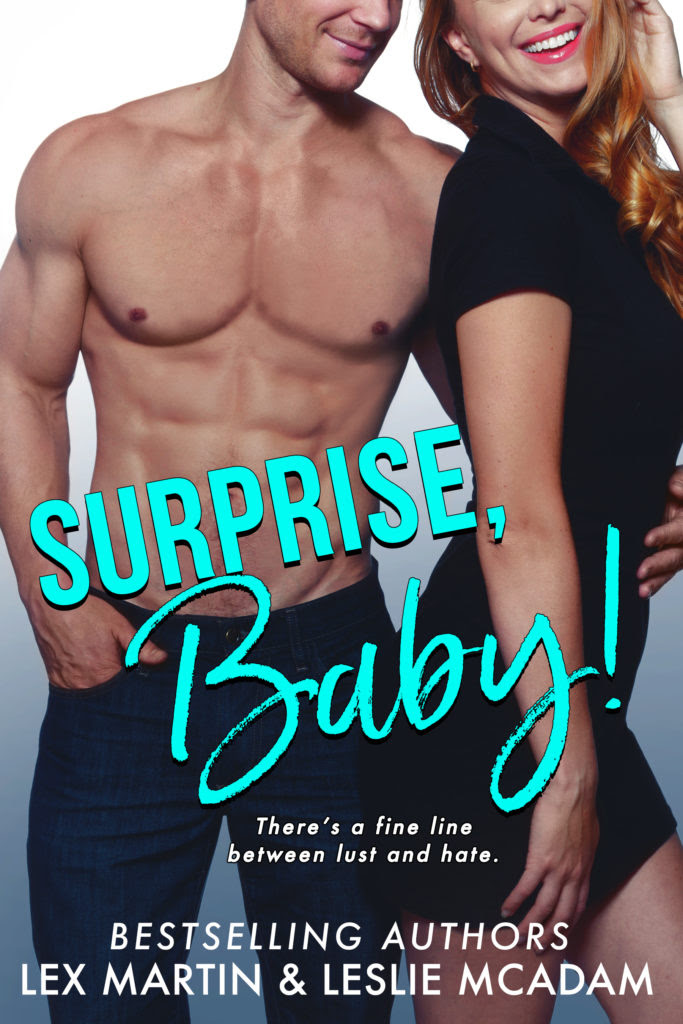 There’s a fine line between lust and hate. I don’t care that Drew Merritt spent the last year transforming himself from grungy slob to sexy playboy. With messy, dirty blond hair and gorgeous eyes, his looks aren’t the problem. His mouth is. And the stupid things that come out of it. But after an emergency strands us together, and he does his damnedest to take care of me… Let’s just say there’s one thing we don’t clash on. And it doesn’t involve talking. I’ve despised Drew since I met him years ago. One weekend can’t change us that much, can it? Spoiler alert: It doesn’t. Except he left me a little keepsake. And in nine months, I’ll have a surprise for Portland’s most notorious player. ENTER TO WIN THE GIVEAWAY! http://www.rafflecopter.com/rafl/display/c180e03523/? 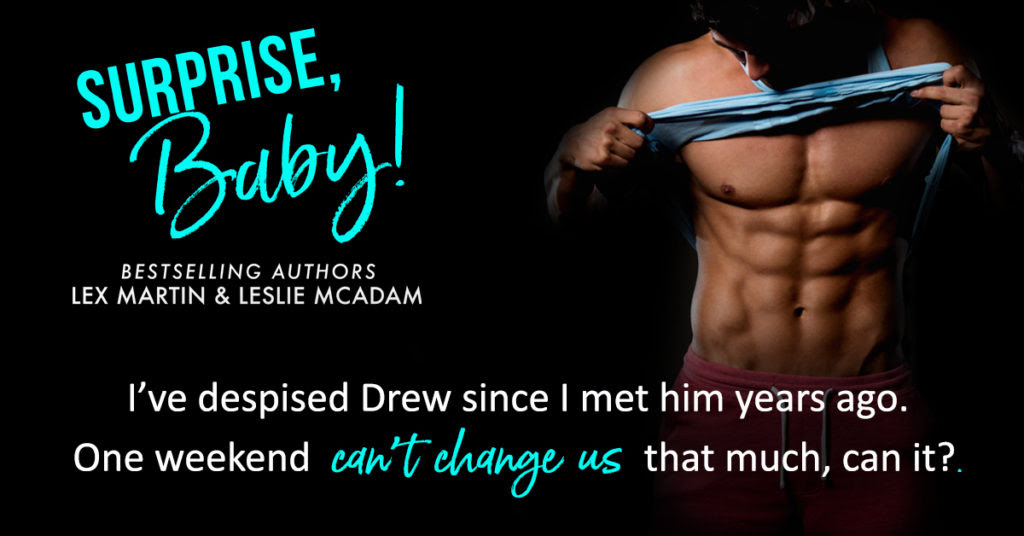 Don't miss out - All About the D is ON SALE and has a hot new cover! 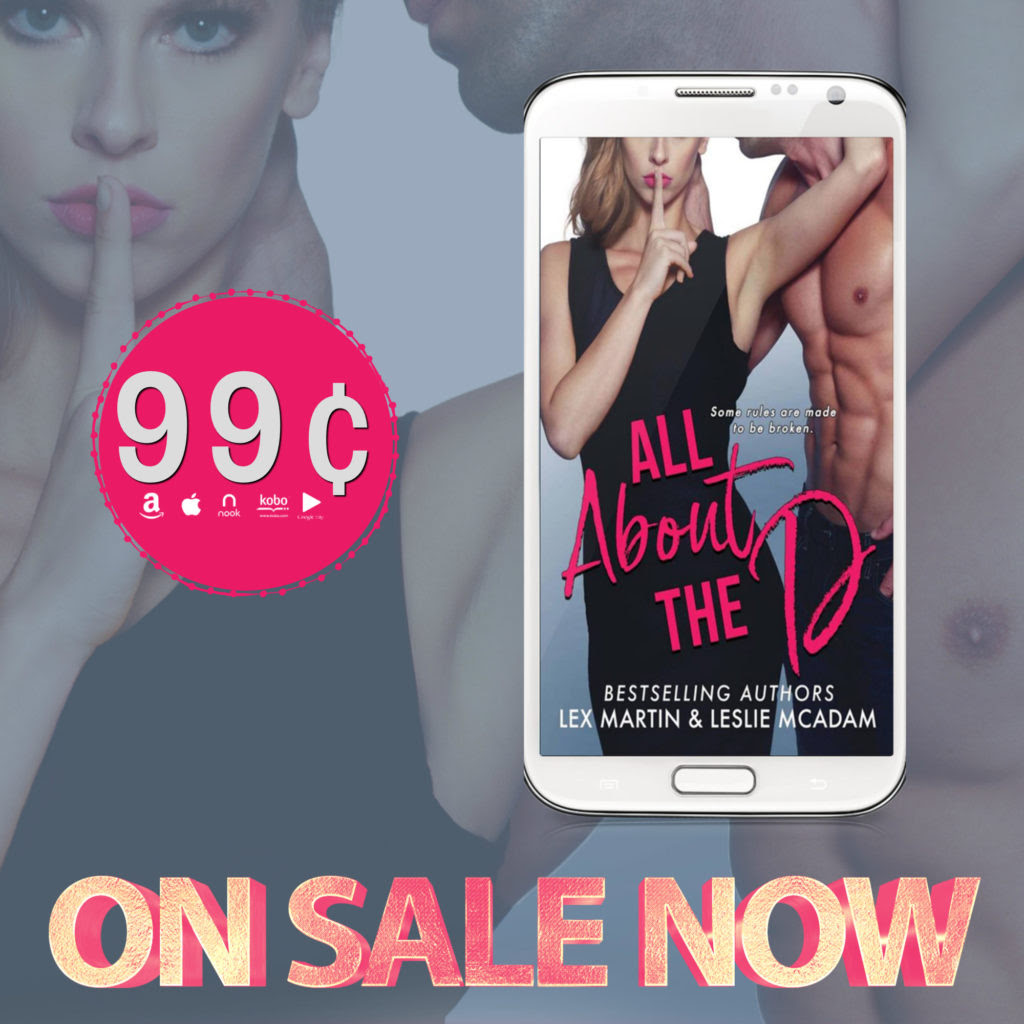 Amazon -- https://amzn.to/2RytVCf Apple -- https://apple.co/2SEHtte Nook -- http://bit.ly/2saq5AQ Kobo -- http://bit.ly/2H87Gzh Google -- http://bit.ly/2GVBuia
Temptation has never come in a hotter package.
You know how people say you can never believe what you read on the interwebs? That a hot guy online is probably a creeper with a beer gut and a shoe fetish, not the sexy beast he pretends to be?
So I had no clue that the anonymous blogger who contacted my law firm about his naughty website would be droolworthy in real life. Not that I'm interested in him in that way.
Attorneys can't go around sleeping with their clients. Not even if he is the most beautiful man I've ever met and so ridiculously smart he makes my nerdy-girl heart sigh.
Besides, he has too much on the line to risk taking a chance on the insane chemistry building between us. We both do.
I've always followed the rules. Too bad he makes me want to break each and every one of them.
* * *
All About the D is a romantic comedy and a full-length standalone. Due to adult situations and sexual content, it's recommended for readers over the age of 18.
About the Authors
Leslie McAdam is a California girl who loves romance and well-defined abs. She lives in a drafty old farmhouse on a small orange tree farm in Southern California with her husband and two small children. Leslie's first published book, The Sun and the Moon, won a 2015 Watty, which is the world's largest online writing competition. She's gone on to receive additional literary awards and has been featured in multiple publications, including Cosmopolitan.com. Her books have been Top 100 Bestsellers on both Amazon and Apple Books. Leslie is employed by day but spends her nights writing about the men of your fantasies.
Facebook: https://www.facebook.com/lesliemcadamauthor Twitter: http://www.twitter.com/LeslieMcAdam Website: http://www.lesliemcadamauthor.com/ Amazon: http://amzn.to/2qj9LL4 Goodreads: https://www.goodreads.com/author/show/14542197.Leslie_McAdam Facebook Group: https://www.facebook.com/groups/981750415193781/ Lex Martin is the USA Today bestselling author of Shameless and The Dearest Series. She writes contemporary romances, the sexy kind with lotsa angst, a whole lotta kissing, and the hot happily ever afters. When she's not writing, she lives a parallel life as an English teacher. She loves printing black and white photos, listening to music on vinyl, and getting lost in a great book. Bitten by wanderlust, she's lived all over the country but currently resides in the City of Angels with her husband and twin daughters. Facebook: https://www.facebook.com/LexMartinAuthor/ Twitter: https://twitter.com/lexlaughs Website: www.lexmartinwrites.com Amazon: http://amzn.to/2qiWEtA Goodreads: http://bit.ly/2qa7suR