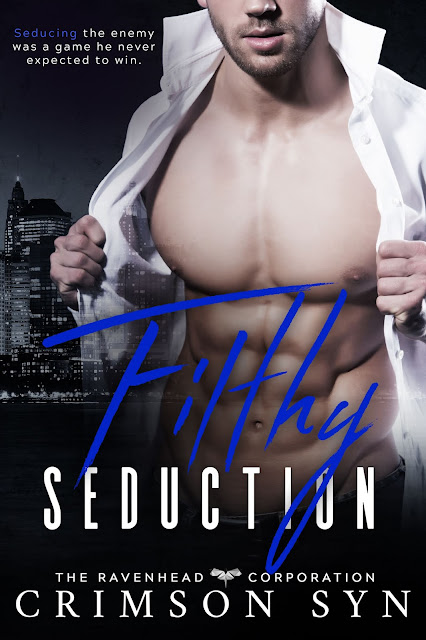 LUCIAN
Sabrina Montgomery is the sweetest pain in the ass I’ve ever met.
I know what she’s doing, entrapping me in all her sultriness.
But I won’t let her.
This isn’t a game that she can win and she damn well knows it.
But there’s something about this woman that makes me lose control
And I’m not about to give it up that easily.
She’s about to get a rude awakening that will put her on her knees,
Whether she’s willing to or not.
SABRINA
Lucian Steele is my cross to bear.
I’ve been the Board’s liaison to him for the last five years,
The job entails having to convince him to do what they want.
They chose me mostly because no one else can handle the beast of a man.
He’s aggravating in the most attractive way,
Yet I can’t seem to stop thinking of him.
If only he knew just how much I liked him,
Maybe then he’d realize I’d do anything to protect him. 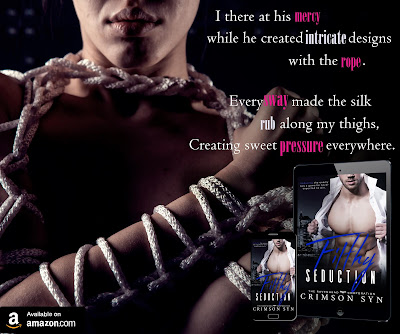 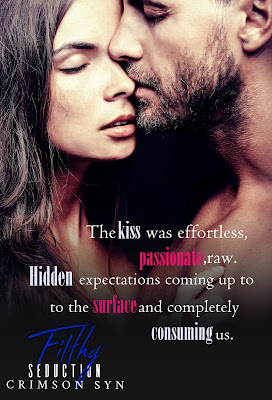 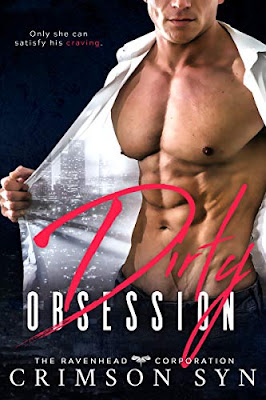 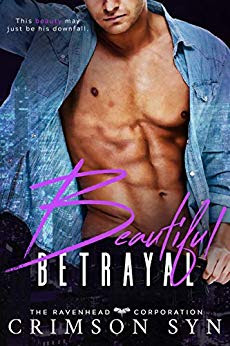 Author Crimson Syn was born and raised in New York City to two wonderfully witty and loving Colombian parents who have only shown their support for her throughout the years.
She started writing at the age of sixteen as an outlet for being bullied in high school. It's probably the best thing she’s ever done in my life.

So here she is, after reading so many wonderful stories and living out so many fantasies, she now has too many sinful tales of her own not to share. Her alphas are rough and possessive, and her wicked pen delves into any little niche of kinkiness that will fulfil your reading pleasure. Her heroines are independent, bright women with lots of sexy curves who know how to handle these naughty boys.

She had delightfully wicked teachers growing up, their books took her to new worlds and brought her new loves. So, she wants to do the same for you. She wants to indulge her readers in those steamy reads that will send you into the arms of dangerous alphas and deliciously sexy rogues without leaving the confines of your nice warm beds. If she is able to entice your inner goddesses, then she has done her job and she is satisfied.

Her Hellbound Lovers series is one of the proudest moments in her life. Wolf was her first published work and she has to say he's opened so many amazing doors for her, and publishing him has taught her that if you set your mind to something you can accomplish anything.

She writes her characters and stories for you, her lovely readers, and she hopes she can take you away to those page turning, lip biting, bookmarking passionate tales.