Audio Promo Boost & Giveaway ~ Fall With Me by Jayne Frost 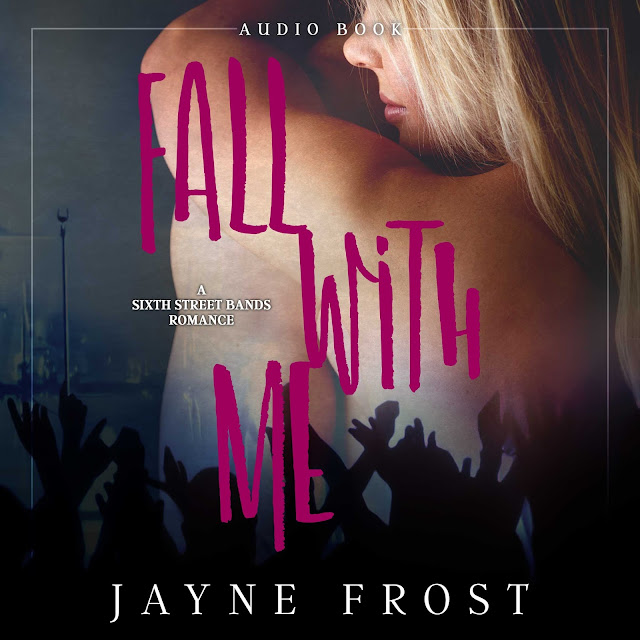 As the bassist for the band Caged, the last three years have been one, long non-stop party. Sure, I’ve had some regrets. Everyone does. But getting trapped in a relationship isn’t one of them. I know good and well what happens when the attraction fades. I’ve seen it first hand. Love is a zero sum game, so why play? As long as I’m upfront about my feelings, no one gets hurt. Besides, I’m never in one place long enough to worry about tomorrow.

That is, until the band decided to take an extended hiatus in our hometown. That’s when I met Melody Sullivan. She’s the full-package. Whip smart and beautiful, with enough determination to take on anything life has in store. And the best part? Melody shares my philosophy on the fleeting nature of attraction. She doesn’t buy into the whole “happily ever after” crap anymore than I do. We’re perfect for each other. For now. And now is all I want.

With the expectations off the table, I can let my guard down and enjoy her company until the spark dies. And we both know it will. In a week, or a month. But until then, we’ll just keep having fun. The good kind, with lots of sex and no strings attached. And when it’s time to move on, we will. No drawn out goodbyes and no remorse. 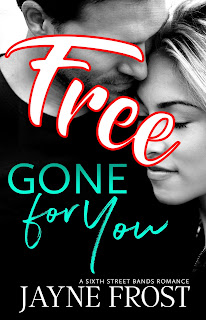 As the guitarist for the rock band Caged, I know the rules: no relationships. No complications. Leave ‘em smiling when you go, but always go. Besides, it’s not like I’m ever in one place for more than a few days at a time. As the next hottest thing out of Austin, the band and I are riding the wave, and the music is all that matters.

Lily Tennison has “complication” written across her beautiful face. But I can’t get involved. The timing’s all wrong. But she’s under my skin, and I can’t resist her troubled eyes and sweet smile. And I do have a little time to kill. Not much, just a few days in Dallas.

So I’ll scratch the itch and move on, like I always do.

As a writer you would think that would be a simple question…but it’s not. I spend so much time living in my characters heads, listening to their voices, that sometimes I forget about my own.

I guess I should start with the basics: the backstory. I was born and raised in California. At this point, I’m usually asked what it was like to grow up near the beach, but sadly, I don’t know. I grew up in the “other” part of California. Perfect for an aspiring writer, if you ask me. You learn a lot about keeping yourself busy when the nearest house is a mile away…and it belongs to your grandparents.

I spent all my time with my nose in a book, living vicariously through the characters, until I wrote a book of my own. I was ten at the time. It was a scintillating piece that cast the family pet as the protagonist.

By the time I went to high school, I moved on to romance. Why? Because I met my very own prince charming. I wrote love poems in my journal about the green-eyed boy who stole my heart. He promised, the way all storybook heroes do, to sweep me away and take me on a grand adventure. And he did.

We picked up and moved to the Lone Star State and began the story of us. The best stories begin without a road map or a compass. Veering off course makes the journey so much more interesting.

True to form, just when I thought my life was set, we started the next adventure. I traded in my cowboy boots and followed my green-eyed boy to Las Vegas. My home will always be in Texas, but my heart is anywhere that he is. Our beautiful daughter made the journey with us. Our son stayed in Texas, to write his own story.

Somehow, in the midst of the chaos that is our life, I find time to write. Writing is what I love. I might stray from romance every now and then if that is what moves me…but I always come back. Some of the stories don’t seem romantic at all. They are gritty stories about flawed characters that find each other and hold on tight. Those are the stories that speak to me. Because that’s life. I believe that every story should have a happy ending—even the difficult ones.