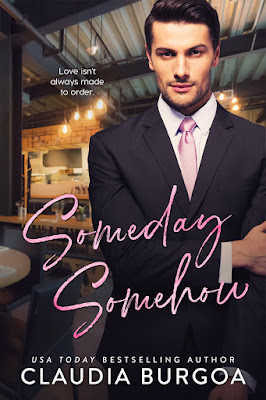 Men and women can be friends.

At least that's what I've been telling myself since George walked into my life.

We bicker as much as we have each other's backs.

So, she left to find herself and I feel like I can't breathe without her.

It's okay, it's only temporary.

But when she walks back into my life, it's on the arm of a stranger.

Seriously, I just realized I'm in love with her and she's engaged?

I have six weeks to convince George we're meant to be together -- not only in the kitchen or be forced to watch her marry another man.

Time is running out, and soon, she'll be gone from my life.

I'm risking everything, will that be enough?

Someday, Somehow is a sexy romantic comedy that's equal parts funny and flirty.
Made of Honor clashes with When Harry Met Sally in a sweet and seductive love story of hopeful hearts and second chances.

If you like a good slow burn, this is a beautiful story of two friends George and Auggie and the years it took them to find out they were to each other than they thought. The beginning was a little slow for me, but once I got wrapped up in the characters, I couldn't wait to see where the author was taking us. 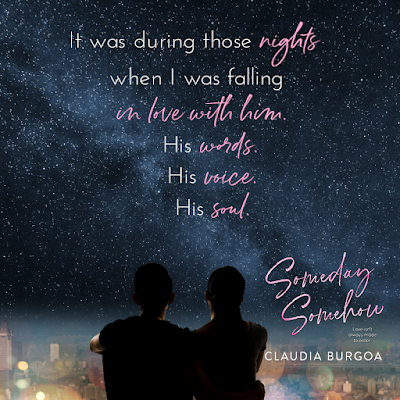