Blog Tour & Giveaway ~ Bet on Me by Mia Hoddell 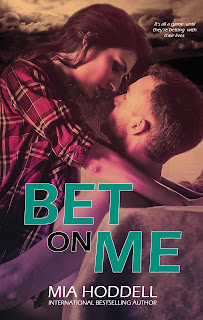 It’s all a game until they’re betting with their lives.
Alaya Matthews is in search of freedom. Tired of her mundane life, she packs everything she owns into two bags and heads for Europe. Her plan is simple: see the world and be adventurous, don’t get tied down, don’t settle for less than her heart’s desires, and never fall in love.
However, Alaya didn’t plan for Cole Ashford.
Drawn to her love of life, Cole wants to know how to live again. For seven years he’s been dead inside, and the numerous threats hanging over his head have finally caught up with him. What Cole doesn’t realise is accepting Alaya’s help will mean confronting every part of his tainted past. Alaya is desperate to know what haunts him, and she’s so certain he’ll reveal it she invents a bet he can’t refuse.
One is never enough though, and as they grow closer together, the more daring their wagers become. Neither of them will back down from a challenge, but the stakes are being raised. Gambling on Cole may cost Alaya her heart, or even worse, her life. 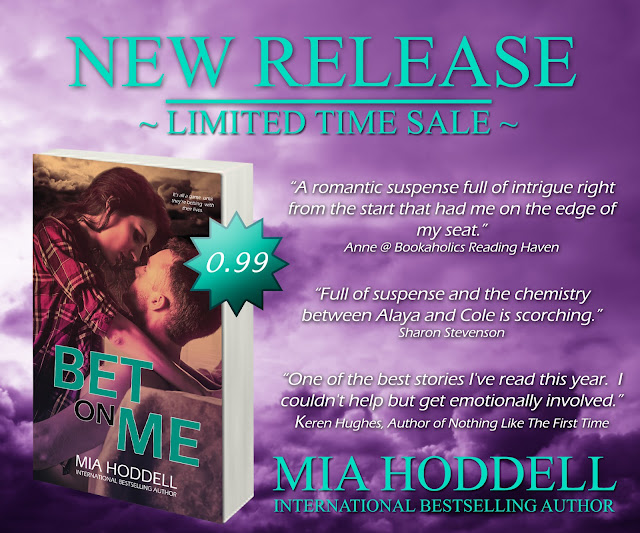 Buy Bet On Me within the first week and you can also claim an exclusive bonus scene. Just fill in the form HERE.

“One of the best stories I've read this year … I rarely get chance to sit and read a book from start to finish, but this is one of those that you just have to make time for.” ~ Author Keren Hughes

“A romantic suspense full of intrigue right from the start that had me on the edge of my seat.” ~ Anne @ Bookaholics Reading Haven

“This book is full of suspense and the chemistry between Alaya and Cole is scorching.” ~ Author Sharon Stevenson

He shook his head in despair. “I’m beginning to think I made a mistake trying to save you. You’re not going to make my life easy, are you?”
I clutched my hands to my chest, giving him my best dreamy-eyed swoon. “Aww, you were trying to save me. You’re so sweet! And for the record, no, I’m not going to make your life easy. But hey,” I shrugged, “it was your choice. You could always save me by boxing him against the window and leaving me in peace.”
“Oh really? Maybe I’ll just go to the toilet instead and leave you to fend for yourself.” He kicked one leg out into the aisle, moving to stand. When his body shifted, it gave me another glimpse of the greasy-haired man who watched us from the corner of his eye and reached for his bag, as if ready to pounce as soon as Hazel … uh, Cole moved.
Throwing away all self-respect, I reached out and grabbed his wrist. “No!”
He sniggered and collapsed back against the seat with a smirk. “So you do need saving.”
I narrowed my eyes at him. “You’re cruel.”
“Sweetheart, you don’t know me, remember? Don’t sound so surprised.”
My jaw dropped at his words and my gaze shifted nervously around the carriage. Maybe I was better off taking my chances with the other guy. I swallowed hard.
“I’m not your sweetheart.”
“Would you prefer it if I called you Ice Queen or Gingernut instead? Because I didn’t think those would go over as well.”
Glowering at him for flipping my line back around on me, I folded my arms across my chest. I refused to rise to his teasing and ask why those names. Gingernut obviously came from the way my hair changed colour in the sun. However, Ice Queen could have been because of a number of things.
“This is the part where you’re supposed to give me your name,” he prompted when I didn’t respond.
“You could always not talk to me. Problem solved.”
“Sweetheart it is.”

To celebrate the release of Bet On Me, Mia is hosting an online release party.  There will be plenty of takeovers, giveaways, games, and more so make sure you JOIN HERE 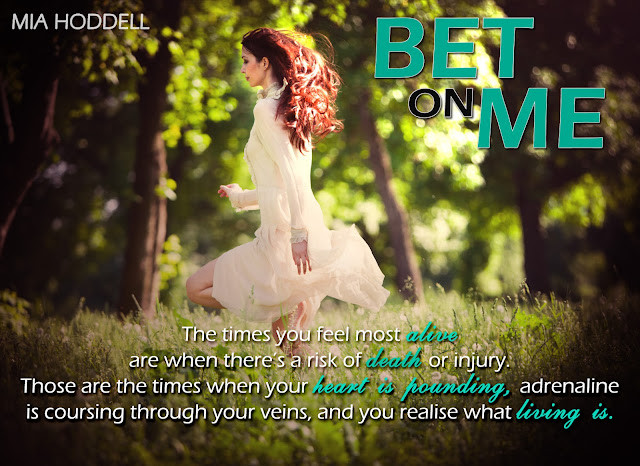 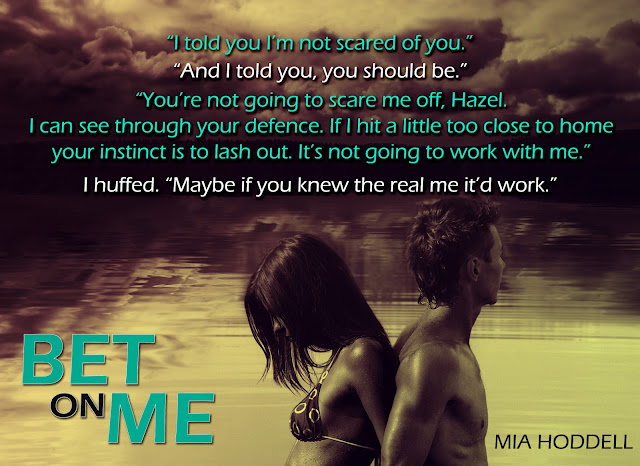 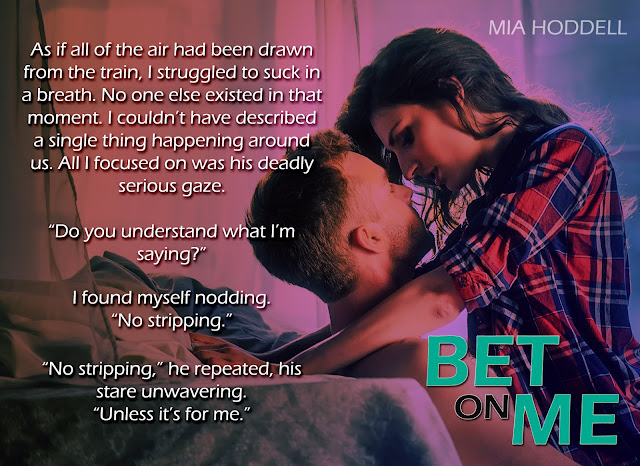 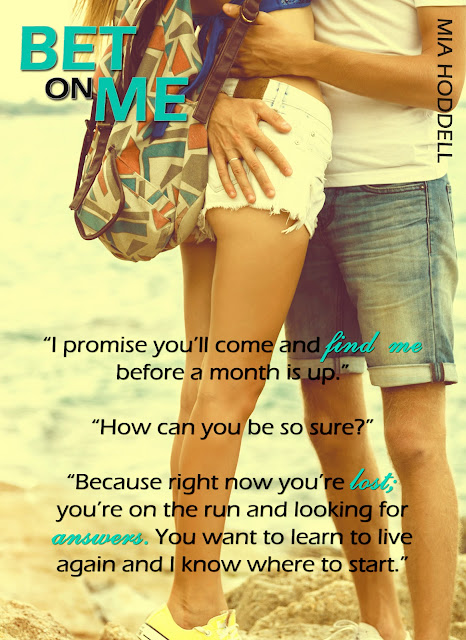 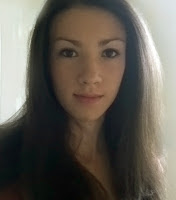 #1 Amazon bestselling author Mia Hoddell lives in the UK with her family and two cats. She spends most of her time writing or reading, loves anything romantic, and has an overactive imagination that keeps her up until the early hours of the morning.
Mia has written over ten titles including her Seasons of Change series, the Chequered Flag series, the Elemental Killers series, and her standalone novels False Finder, Not Enough, and Bet On Me. Her favourite genres are contemporary romance or romantic suspense, and with an ever growing list of ideas she is trying to keep up with the speed at which her imagination generates them. She also designs book covers on her website M Designs. 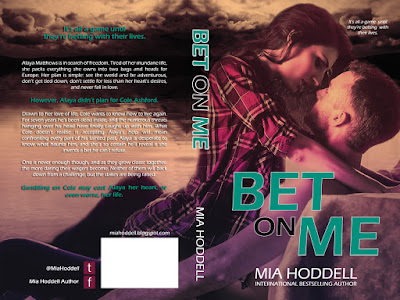