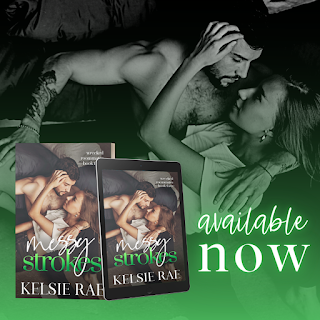 Moody Tattoo Artists
Then you'll love Messy Strokes!
Here's the blurb:
I should’ve told Milo.That I loved him.That I was pregnant.That I didn’t want anyone else, except him.But I didn’t.Instead, I left.I ran.Now he’s here, in the hospital after I delivered a baby girl he’s convinced belongs to him.But the truth is, I have no idea.I’ve sacrificed so much to keep my past hidden. To keep my baby safe from her other potential father.It’s a secret I’ll take to my grave.Or at least, I planned to until Milo forced me to move in with him, causing me and my daughter to pop up on a certain someone’s radar whom I never wanted to see again.People might say life gets messy sometimes…But they have no idea just how much chaos will ensue if the truth comes out after I’ve done so much to keep it in the past.
Available on Amazon and FREE in KU: https://amzn.to/3zSJAhM

I have been waiting for Milo's story since I first caught a glimpse of him in Model Behavior. Who was this broody, unapologetic, force of nature? We've caught hints in the first 2 books, but finding out exactly why he is the way he is... his story is real and raw, he's tormented by a past he can't shake and one that he can't move on from.
Mads has been less than honest with all the people in her life. Her relationship with her sister is on the mend as well as the one with Gibson, but there's one more that she needs to fix. Yet at every turn something gets in her way, whether it's of her own making or that of an outside influence.
The road to forgiveness and acceptance is bumpy and rough. Their story tugged at my heartstrings, and squeezed my insides. It was like an accident you could see happening but couldn't look away, hoping for the best but knowing that it was going to be painful regardless. These two had me cheering for them one minute and exasperated the next.
I can't wait to see who we get in the next book in the series.
Milo and Maddie did not disappoint. I have been waiting for Milo's story. Milo's life hasn't been easy, from crappy parents to raising his sister Reece to helping the friends and the family he made until one girl knocked him for a loop. Maddie has made a mess of her life but Milo was the one thing she knew she did right until he rejected her and left her alone and pregnant.

Milos's protective streak is strong, but when he finds out he is a father his protective bear goes into overdrive even if he isn't on the best terms with her mom. Milo and Penny are adorable and swoon worthy. Milo and Maddie are two balls of angst and regret, but the attraction simmers between them. This is a story to make your smile and sigh. This is a couple that you can't help rooting for. Thank you Kelsie Rae for bringing both Milo and Maddie to life and writing another couple to love.