Release Blitz: Tempted by the Gargoyle by Lisa Carlisle

Tempted by the Gargoyle 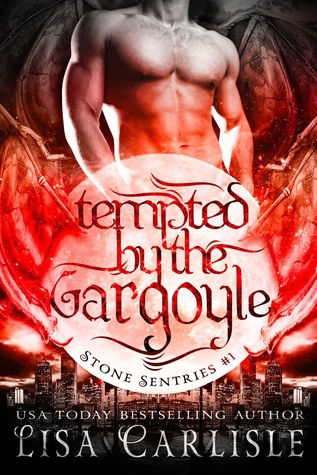 The eclipse of the red Supermoon sends crowds into Boston for an evening hyped up for a night of passion, one not to be missed. Boston police officer Larissa Riley wants nothing to do with the media-driven event, but her friend convinces her they need a night out after all they've gone through. They visit a new gothic-themed club where Larissa is disturbed by the attractive stranger eying her.

Roman, a gargoyle shifter and commander of the Stone Sentries, patrols from the rooftop of a club on the night of the eclipse. The Supermoon bodes danger and he puts all his sentries on watch. When a blast of dark magic soars past him, he searches for its origin and fixes on a brunette. Something about her is different, demanding all senses be on high alert. Is she dangerous? Or is she in danger?

Deciding a night with a hot stranger would be good for her, Larissa invites Roman back to her hotel, unaware he is surveilling her. The night takes a dark turn as secrets are uncovered and danger moves in. Her beloved city is under attack. Larissa must decide who to trust before all is lost, including the fate of her closest friend.

While surveying the city from above, a dark-haired woman on the roof caught Roman’s attention. She stood ramrod-straight and she fidgeted with her glass. Something about her discomfort triggered his gargoyle instincts, making him observe her more closely.
When he scanned her from head to toe, he didn’t gain any insight other than how attractive she was. Her hair was rich and lush, flowing in loose waves over her shoulders. It had a burgundy tone from the various lighting fixtures around the deck. Her wide eyes searched her surroundings. What was she looking for? His gaze traveled down her body, studying how well it was encased in a form-fitting black dress. He lingered on her killer curves, fueling his imagination with sordid fantasies of what it would be like to touch them.
He snapped his eyes away. He was supposed to be gauging what had set off his senses.
Seconds later, his gaze returned to her, despite his admonition to himself. Her expression turned troubled. A strong reaction rose within him, one he couldn’t read. He rubbed the back of his neck. Something about her put all his senses on edge; he had to keep an eye on her, although he had no indication why.
She spoke to a blonde woman next to her, and he turned his head to focus on their conversation. With all the chatter in the room, he couldn’t catch it, despite his acute sense of hearing.
What troubled the brunette? An instinct to protect her kicked in. The pull toward her was compelling, a sensual onslaught that overpowered him.
Remember why you’re here.
He stepped back, both mentally and physically separating himself from the woman, and shielded himself behind the bar. That compulsion was one he’d never experienced, and not knowing what it meant bothered him all the more. All the uncertainty about tonight had him on edge.
Turning away, he gulped in the cool night air. It invigorated him for only a moment. What hit him next almost knocked him off his feet—a sudden whoosh of energy. It blasted past him with immense force and power, indicative of dark magic.
A gut feeling made him turn to locate the brunette, and he scrutinized her. He sensed something unusual about her than the other humans on the roof. Was she the source of that dark magic? He opened a mental link to communicate with Arto.
There’s a woman on the roof I’m going to keep an eye on.
Is she in danger? Or is she dangerous? Arto asked.
Good question. That’s what I plan on finding out. I sensed dark magic and will investigate further.
His triggers were now on full alert. Whoever she was, he wouldn’t let her out of his sight. Not until he figured out who—or what—she was.
And why she had that effect on him. 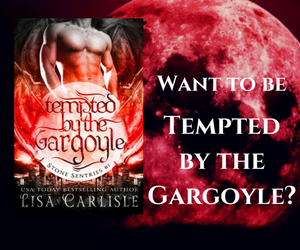 USA Today bestselling author Lisa Carlisle loves stories with dark, brooding heroes and independent heroines. She’s honored to be a multi-published author writing in different genres since she’s wanted to be a writer since the sixth grade. For much of her professional career, she’s written non-fiction — but she’s discovered writing romance is the most fun. Her romances have been named Top Picks at Night Owl Reviews and All Romance Ebooks.
When she was younger, she worked in a variety of jobs, moving to various countries. She was deployed to Okinawa, Japan, while in the military; backpacked alone through Europe; and lived in Paris before returning to the U.S. She owned a bookstore for a few years, as she loves to read. She’s now married to a fantastic man, and they have two kids, two kittens, and too many fish.

You can also find her at the Red Hot Authors Cafe and Sweet and Sexy Divas.