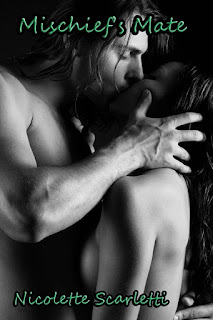 Title: Mischief’s Mate
Author: Nicolette Scarletti
Cover Design: Nicole Donovan
Add to Your TBR List:
https://www.goodreads.com/book/show/27997256-mischief-s-mate?from_search=true&search_version=service
Synopsis:
Chantelle has dreamt of him her entire life. Every evening he would come to her and weave fairy-tales from her dreams. Everyone she told thought she had a vivid imagination until she learns the truth at 16; when she is accepted into Raven's Heart Academy. There she learns that the gods of old are really just a race of immortals searching for their destined mates.


Loki once hailed as a god is in the middle of a grudge match with the mortal race. They stole from him a woman he thought would bring him happiness. But his life is turned upside down when he finds out his true mate is a Halfling not yet immortal.


Follow them, as they take on a vindictive immortal bent on destroying all the Halflings and taking over the Council of Immortals. Will Loki get over his dislike for mortals? And will Chantelle agree to be Mischief’s Mate? 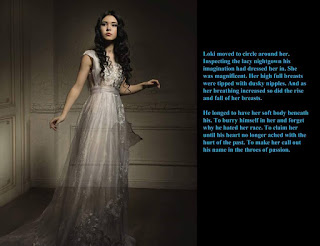 
Excerpt:
“Do not ever compare me to a mere boy again.”


Chantelle wanted to laugh and scream all at the same time. Who did he think he was? Coming out of nowhere and making demands on her; acting as if he had a right to her. Well he did, but that wasn’t the point. Right now she was pissed by the fact that he was treating her as if she belonged to him.


Her eyes almost fell out of her head when he pulled her flush against him. The evidence of his desire pressed against her hip. It left nothing to her imagination and she couldn’t look him in the eyes. His length was hot and heavy pressed against her. Chantelle wondered what he thought he was going to do with it. Because there was no way in hell they would fit together.


A blush crept up her cheeks at the double meaning of his words. Chantelle felt the lean muscles of his body through the fabric of her dress. Being this close to him reminded her of safety and passion; it had Chantelle wanting nothing more than to melt into him. 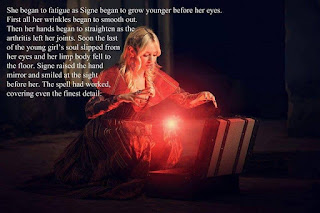 Author Bio:
Nicolette Scarletti is a manager of a lingerie store by day and an author by night. She is the author of The Indigo Eye series and The Immortal Mates series (which has its first book due out in December). She loves all things gothic.