Cassandra Braxton's husband, Viscount Reddington, made her life hell. When he is murdered, she cannot mourn him, especially when he continues to plague her from beyond the grave. His will stipulates that she cannot claim her inheritance unless she has a child. The clause is a cruel joke. Reddington never consummated the marriage.
Refusing to be defeated, Cassandra conspires to keep Reddington's death a secret. She goes to the home of Mark Foxwood, a handsome rake she’s admired from afar, and makes an outrageous proposition.
After being mocked by the woman he loved, Mark Foxwood retires to the country to spend the winter months alone. When Cassandra breezes into his study, he is aroused and provoked by her determination. As the two grow closer, Mark realizes Cassandra’s open, honest passion may be the only thing that can save him from despair. 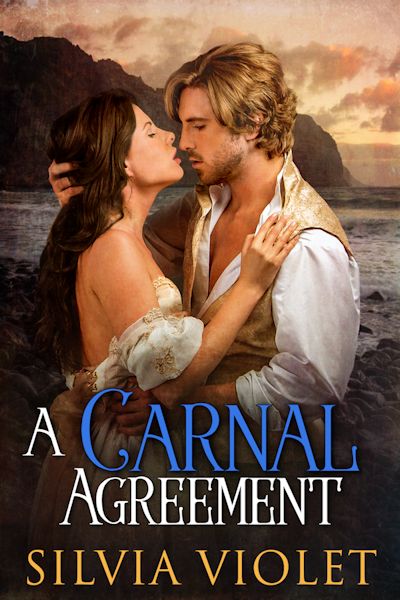 
Cassandra Braxton, Viscountess Reddington, rarely moved in society, but this Season she felt an obligation to lend her sister moral support as Amanda made her debut. Cassandra was no fan of overly crowded balls filled with pushy mamas eager to see their young daughters married off. But for the sake of her sister, she was willing to endure almost anything.
She’d been tempted to acquire a sudden headache and excuse herself from the festivities on this particular evening, though. Cassandra’s aunt and her sister were attending an engagement ball given in honor of Cassandra’s former schoolmate, Lady Katherine Wentworth. When Cassandra left Miss Langford’s Academy for Young Ladies, she’d hoped she would never lay eyes on Katherine again.
Alas she had seen her former schoolmate several times in the last few years, once in a rather compromising position. Now Katherine was to marry the Earl of Southwood, a man known for his quiet, bookish nature, a strange catch for a woman such as she.
The party proceeded as any other. Cassandra circulated dutifully through the ballroom and several small salons, skillfully avoiding Katherine and other young ladies she was loathe to converse with. When time came for the formal announcement of the betrothal and the ensuing congratulatory speeches, she breathed a sigh of relief. She could soon return home and seek her bed.
Katherine’s father droned on and Cassandra’s attention wandered. She observed a rather striking man standing in one of the doorways leading to the balcony. He was nearly concealed by a large potted plant, but she saw him well enough to tell he wore no jacket. His cravat was untied, and his waistcoat wretchedly crumpled. One might suppose he’d been in an altercation or had scaled the side of the house to reach the balcony rather than using the stairs.
Cassandra took a few steps back from the crowd to better study this curious man. He was tall, several inches over six feet and more muscular than most men of the ton. He looked as if he used his body for things far more vigorous than driving a curricle through Hyde Park. His golden hair and the powerful lines of his face made her think of a lion on the prowl. Something about him seemed familiar though surely she would remember the occasion if they had been formally introduced. He was not a man many women would forget.
As he drained his glass of champagne, he flashed a wicked smile. What was he up to?
Cassandra forced herself to stop staring before anyone noticed her inappropriate attention. Katherine’s brother was giving the engaged couple his blessings. He blathered on about what an upstanding man Southwood was when the stranger from the balcony approached the family as if he intended to give the next speech.
Intrigued, Cassandra worked her way through the throng to stand closer to the unfolding drama.
Katherine’s brother stopped mid-sentence, and the stranger took the pause as his cue to begin. “I couldn’t resist taking this opportunity to give my congratulations.”
Frantic whispers rustled through the crowd. Lady Bowerton looked as if she might faint. Katherine’s face grew red, and she stepped between the two men.
The intriguing man turned to face the crowd. “I can see you didn’t expect me. But since I’m here, I thought the happy couple would be offended if I failed to offer a toast.” He looked down at his empty champagne glass. “Blast! It's empty.”
“You have had quite enough, sir,” Katherine said. “It would be best if you left before embarrassing yourself further.”
“Oh no, my dear.” He dared to reach out and stroke her face. “Learning your true nature has made me more sober than I’ve ever been.”
Suddenly Cassandra realized why the man looked familiar. A year ago, she had come to London to discover the true measure of her husband’s depravity. Katherine had attended one of her husband’s orgiastic parties, and this man had been her escort.
He reached around Katherine and relieved Southwood of his champagne. The earl’s eyes widened, but he said nothing. Cassandra expected footmen to come forward and remove the intruder, but even the servants appeared too fascinated to move.
The man smiled and raised his glass. “To an old school chum.” He looked at Southwood. “Congratulations on securing the hand of the coldest bitch in all of London.”
The intruder downed his champagne in one swallow as chaos erupted in the ballroom. He walked away before any of Katherine’s stunned relatives could respond, and his path brought him toward Cassandra. As he moved past her, his arm brushed her bare shoulder. The heat of his body was a shock to her system. When she steadied herself, she searched the crowd for him, but he was gone. 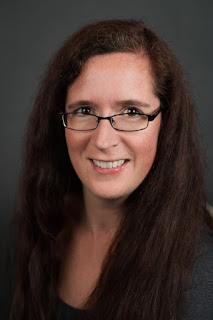 Silvia Violet writes fun, sexy stories that will leave you smiling and satisfied. She has a thing for characters who are in need of comfort and enjoys helping them surrender to love even when they doubt it exists. Silvia's stories include sizzling contemporaries, paranormals, and historicals. When she needs a break from listening to the voices in her head, she spends time baking, taking long walks, and curling up with her favorite books. Read excerpts from Silvia’s stories at http://silviaviolet.com and keep up with her latest ventures by signing up for her newsletter: http://silviaviolet.com/newsletter.

a Rafflecopter giveaway
HOSTED BY: