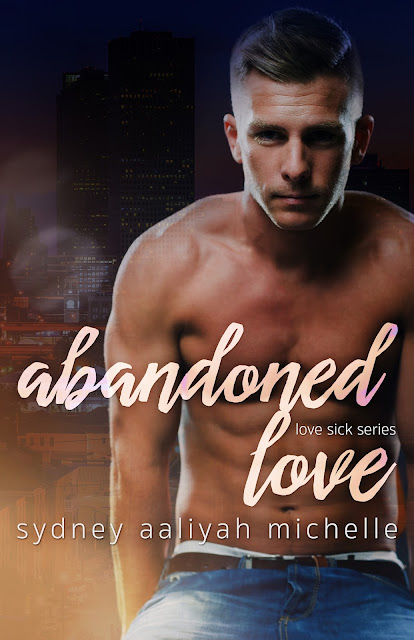 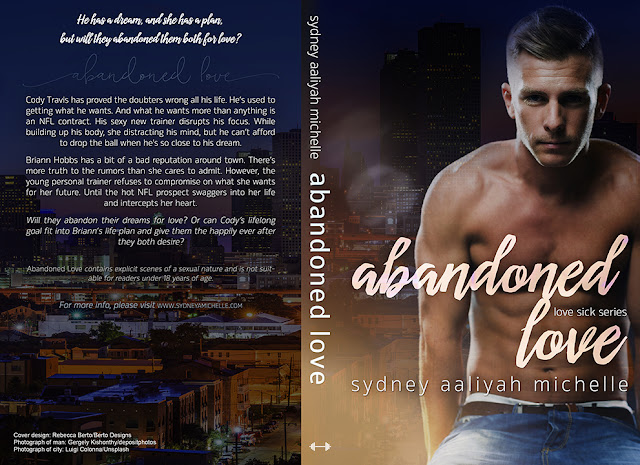 Another sexy tangled BWWM sports romance by Sydney Aaliyah Michelle!He has a dream, and she has a plan, but will they abandon them both for love?Cody Travis has proved the doubters wrong all his life. He’s used to getting what he wants. And what he wants more than anything is an NFL contract. His sexy new trainer disrupts his focus. While building up his body, she distracting his mind, but he can't afford to drop the ball when he's so close to his dream.Briann Hobbs has a bit of a bad reputation around town. There's more truth to the rumors than she cares to admit. However, the young personal trainer refuses to compromise on what she wants for her future. Until the hot NFL prospect swaggers into her life and intercepts her heart.Will they abandon their dreams for love? Or can Cody's lifelong goal fit into Briann's life plan and give them the happily ever after they both desire?
If you like a sexy country boy with manners, a hero who helps his heroine save herself, and a story you can’t ABANDON until the HEA, you’ll love Sydney Aaliyah Michelle’s latest BWWM romance. Pick up Abandoned Love and follow Cody and Briann’s as they pursue their dreams and each other today!Abandoned Love contains explicit scenes of a sexual nature and is not suitable for readers under 18 years of age.

"What was your name again?" She turned to me. She had lost her the shorts and only wore a thin t-shirt.I handed her the water bottle and tried not to stare at her legs."Cody Travis." She uncapped the bottle as she crawled into bed.The shirt rode up, giving me a stellar view of her ass. She wasn't wearing anythingunderneath. She flipped onto her front and covered herself with the blank. In covering herself, she managed to snake the blanket between her legs. My mind really wanted to see what she was hiding under that blanket.She held the blank just under her chin. Her bare legs visible on each side."You can lay down with me, if you want." She said, her eyes staring into mine.My eyes grew wide, which for some reason gave Briann an invitation to dropped the blanketand crawl back to the end of the bed and run her hands up underneath my shirt."Whoa, what are you doing?""You really are adorable." She rustled my hair like you'd do to a ten year old. "Comecuddle with me."I stepped away from the bed and she sat down on her knees. The sexiest pout on her lips."I'd like to, but I can't." It was the only explanation I could think of at the moment and it wasn't a good one. No explanation was good enough. My cock reminded me of that as it pushed on my zipper."Of course you can." She said as she spread her legs.Thank God, the t'shirt covered her or my self control would have melted.I was two seconds away from forgetting how my mother raised me and jumping her."I would really love to, but I think it's safer if I go." I said.She blinked her eyes and bit her lip.Oh, fuck if she didn't make this hard.Pun intended.

#2 - I sat in the same spot, stunned, shocked.
Guilty as fuck.
I should of said something.  Instead I sat there like a pussy. I should have gone after her and made sure she was okay. I froze after seeing the devastation in her normally bright brown eyes.
Twenty minutes later, I hadn’t moved. 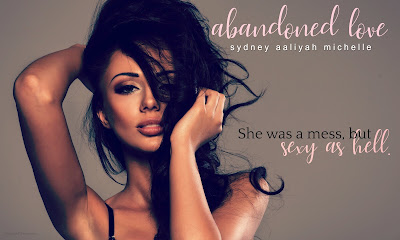 Sydney Aaliyah Michelle is a Contemporary Romance writer, a voracious reader, tattoo lover, and movie fanatic who hails from Texas.

After surviving 5 1/2 years living in China, she had the courage to finally pursue her passion and become a writer.

She identifies the sci-fi action flick "The Matrix" as the best representation of her life in the past. She is now blessed to be awake and doing what she loves.

She can recite the entire script from the 80's teen comedy/drama "The Breakfast Club" and loves any and everything associated with the Avengers Movie, especially Tony Stark.

When it comes to books, Sydney reads different genres, but some of her favorite writers are Stephen King, Alex J. Cavanaugh, J.A Huss, M. Never & Emily Bronte. Under the Dome, The Great Gatsby & Wuthering Heights are her favorite books.