Release Blitz - MISADVENTURES WITH MY EX by Shayla Black

Can the ex who once broke her heart seduce her into happily ever after? Once, Eryn Hope fell fast and incurably for Weston Quaid. And he seemed to adore her too—until she learned their love was built on lies when he walked out on their wedding day. Three years later, West has finally won control of his family empire and fortune, but it cost him Eryn—something he regrets every day. When business forces him to return to her life and temporarily shut down her livelihood, of course she’s furious. But their chemistry is still beyond combustible. So he makes her a proposition: he’ll take care of her until her bistro reopens…if she becomes his mistress. Her mind screams no, but her body whimpers yes, yes, yes. As soon as West has her back in his bed, their passion burns hotter than ever. So do his feelings. But can he and Eryn really recapture the love they shared? And when their bargain ends, will he be the one shattered this time or will they finally come together forever?

AMAZON CA I KOBO I GOOGLEPLAY 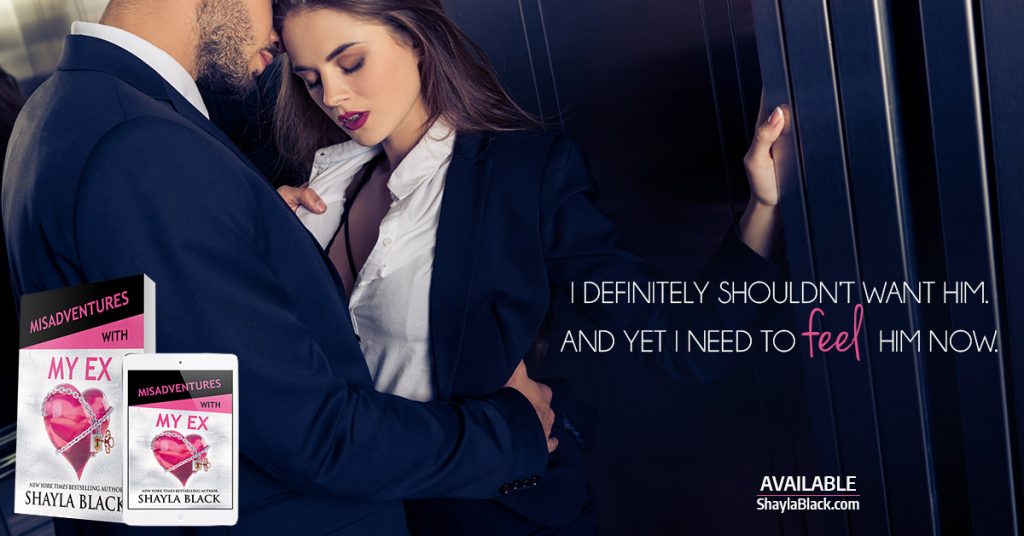 Shayla Black is the New York Times and USA Today bestselling author of more than sixty novels. For nearly twenty years, she’s written contemporary, erotic, paranormal, and historical romances via traditional, independent, foreign, and audio publishers. Her books have sold millions of copies and been published in a dozen languages. Raised an only child, Shayla occupied herself with lots of daydreaming, much to the chagrin of her teachers. In college, she found her love for reading and realized that she could have a career publishing the stories spinning in her imagination. Though she graduated with a degree in Marketing/Advertising and embarked on a stint in corporate America to pay the bills, her heart has always been with her characters. She’s thrilled that she’s been living her dream as a full-time author for the past eight years. Shayla currently lives in North Texas with her wonderfully supportive husband, her daughter, and two spoiled tabbies. In her “free” time, she enjoys reality TV, reading, and listening to an eclectic blend of music.