RELEASE BLITZ WITH REVIEW - Falling Into Forever by Delancey Stewart 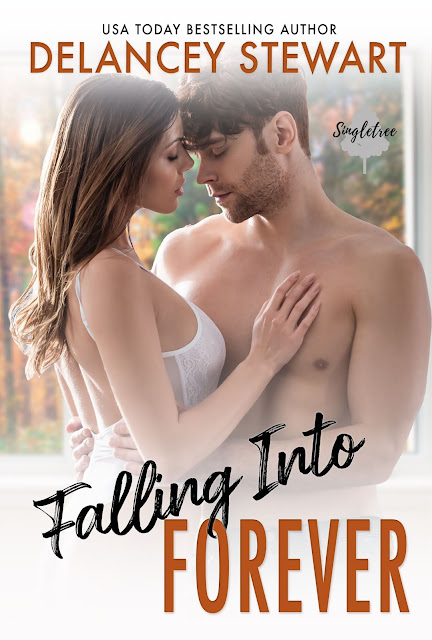 
BLURB
I had it all. Killer job, to-die-for apartment overlooking the Hudson, and the successful, doting boyfriend.
Well, he was successful, at least. Guys who dote don’t break up with you via Post-It.
After that, I did the one thing I swore I’d never do. I went home to the smallest small town there is—a place so backward my family was still engaging in a hundreds-of-years-old feud with the Tuckers. Maybe it had evolved from the days of shooting one another to slightly more benign things, like filling family stores with crickets and moving a two-ton moose around town. But still.
This was not NYC.
It was meant to be a stop-over. But when one of the local little old ladies died suddenly and willed her dilapidated haunted house to me, things got complicated. Because she didn’t just leave the house to me. She left it to me and Michael Tucker jointly.
Because who doesn’t want to live in a haunted house with their enemy?
Only I’m not sure Michael Tucker is my enemy. In fact, he’s turning out to be kind of… hot. In a strong single dad kind of way.
And I’m not sure how much I really want to get back to New York City, anyway.
Falling into Forever is the fifth book in Delancey Stewart’s Singletree – a series of interconnected stand-alone romcoms that will charm you and make you swoon. It’s a book about haunted houses, making choices, and re-thinking the things we’ve been told about other people all our lives. 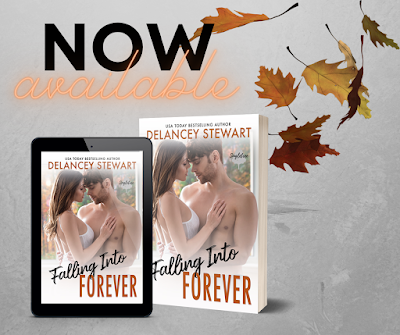 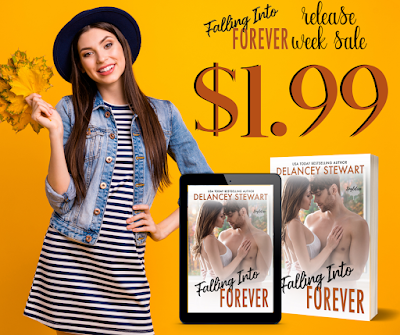 I held the glass door open for my son, and together we climbed the stairs just inside the small entryway. When we reached the landing, I was surprised to find Addison Tanner standing just outside the suite we were looking for, looking a tiny bit lost. She wore slim jeans with a longer shirt, and something about the casual but put together look appealed to me, making me hope I looked okay. I realized it was dumb—it didn’t matter what this woman thought of me. That didn’t stop my hand from going to my hair though, hoping it wasn’t sticking up in thirty directions.
“Hi,” I said. “What are you doing here?”
Maybe asking that question wasn’t the right move. Her open expression shuttered, and her brows lowered over those dark sad eyes. Her mouth opened, but before she spoke, her eyes slid sideways to take in Daniel, and apparently she thought better of whatever she’d been about to say.
“I got a call from this guy, Anders about poor Mrs. Easter. I have a meeting with him at five.”
“Us too,” Dan volunteered.
Addison’s brows rose now, and she looked between us.
“Did you knock?” I asked.
She crossed her arms. “No, is that how these door contraptions work?”
Dan grinned, but I was not going to respond to that question. I could play the sarcasm game too, but since he was here, it was my job to model good behavior. I knocked on the door. Hard. The sound of my knuckles rapping echoed around the small space at the top of the stairs.
“Thank God you were here to take care of that. Whatever would I have done?” Addison said.
I bit my tongue, but I also had to hide a smile. I liked her fire. More than I should have.
Daniel was snickering, and I poked a finger in his shoulder to shut him up. I was about to knock again when the door behind us flew open to reveal a short round man with little round glasses perched at the end of his nose.
“Well hello there,” he said, looking between us. “I’m afraid Dr. Kelly goes home by five each day. No one home, as it were.” He chuckled and took a step back. “Just popped out to make sure you weren’t knocking on my door. I’m expecting folks.” He moved to close the door, and I was relieved when Addison piped up.
“You’re not Augustus Anders, by any chance?”
“Why yes, last I checked, I was indeed.” He smiled and dropped his eyes, rocking a bit on his feet as if he was bashful about delivering this news.
“We’re your appointment,” I told him. “You said you were in Suite 2A.”
“Oh, no. I’m in 2B.” He pointed to the clearly marked suite number on the door. He didn’t appear to be older than fifty or so, but I was starting to wonder if he might be losing a few marbles.
“I’m Addison Tanner, and this is Michael Tucker, and his . . . son?” Addie looked at me, uncertain.
“Daniel,” I confirmed. “It’s my week, so he had to come along.”
“Sorry to be such a burden,” Dan muttered.
“That isn’t what I meant, and you know it,” I told him. I could have phrased that better, but Dan knew how much I enjoyed having him.
Addie was smiling at him warmly, and even Daniel’s surly pre-teen heart seemed to feel the effects. “Nice to meet you, Dan,” she said. As my son smiled at Addison Tanner, a little twinge of admiration swelled in me for her. I liked people who spoke directly to my son instead of talking around him, like so many adults did to children.
“Well, well. Come in then,” said the lawyer. “Not sure why you didn’t just knock on my door.” He shook his head as if in disbelief at our stupidity. This was Mrs. Easter’s trusted attorney? I was becoming a little skeptical—he’d probably called the wrong people altogether. Of course Mrs. Easter did not leave anything in trust for me. She barely knew me. This guy had made a mistake—it appeared he might make them regularly. 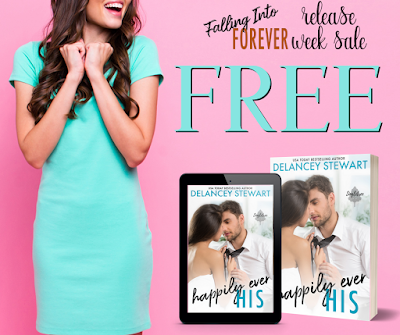 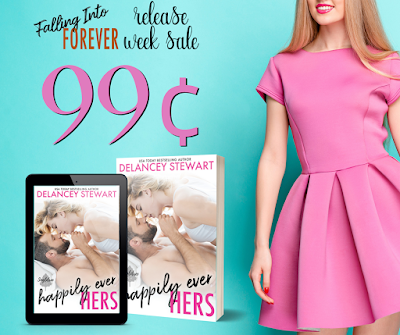 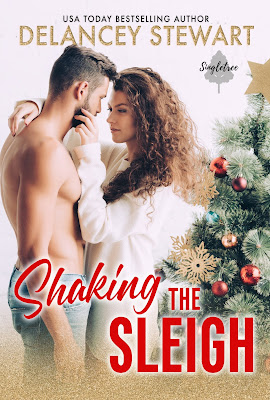 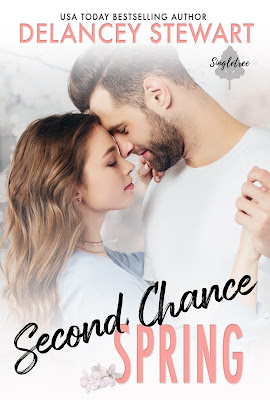 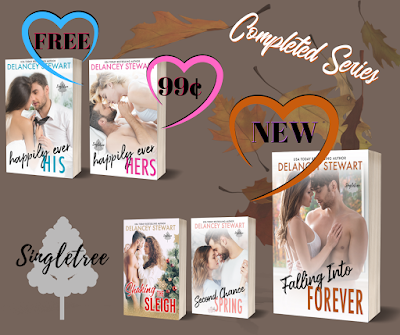 USA Today Bestselling author Delancey Stewart writes contemporary romances that run the gamut of settings and setups, but they always deliver humor, heart and heat. It's a guarantee.
She writes from her home in Denver, CO.
Get a free story from Delancey by joining her weekly email here: https://www.subscribepage.com/delanceystewart 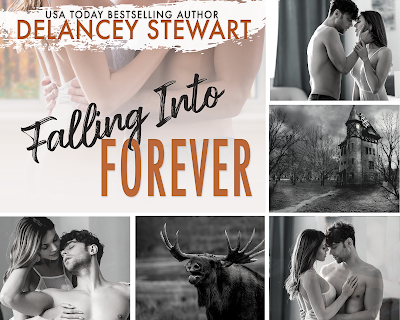 This is the first book I read in the Singletree Series, I now need to go back and read the first 4.

Michael, the sexy single dad to his sweet little boy, that is the main focus in his life. Addison, the hometown sweetheart has come back to Singletree after her life changed drastically. These two have fabulous chemistry and humor, the bad dad jokes were the best. With all the family drama they were just never meant to be, or at least they thought? The storyline flows so well together, their adventure together restoring the haunted house they co-own, might just end the long time family feud.