Cover Reveal - ONLY ONCE by Ashley Munoz

BLURB 𝗕𝗿𝗲𝗮𝗸𝗶𝗻𝗴 𝗻𝗲𝘄𝘀: 𝗛𝗼𝗹𝗹𝘆𝘄𝗼𝗼𝗱’𝘀 𝗯𝗶𝗴𝗴𝗲𝘀𝘁 𝗵𝗲𝗮𝗿𝘁𝘁𝗵𝗿𝗼𝗯, 𝗥𝘆𝗮𝗻 𝗣𝗿𝗶𝗻𝗰𝗲, 𝘄𝗮𝘀 𝗰𝗮𝘂𝗴𝗵𝘁 𝘃𝗮𝗰𝗮𝘁𝗶𝗼𝗻𝗶𝗻𝗴 𝗶𝗻 𝗵𝗶𝘀 𝗵𝗼𝗺𝗲𝘁𝗼𝘄𝗻, 𝗯𝘂𝘁 𝘄𝗵𝗼’𝘀 𝘁𝗵𝗲 𝗺𝘆𝘀𝘁𝗲𝗿𝘆 𝗴𝗶𝗿𝗹? No, I hadn’t heard that Ryan Prince was staying at the very resort I had just started working at. If I had, maybe I would have called in sick. On second thought, maybe I wouldn’t have, because I really needed that paycheck. Being a single mother and having a lapse in child support had made me that desperate. Still, I would have rather avoided the circus that rolled into Hawk Tail Resort and the man who sauntered in with it. All these years later and he was still that same gorgeous football player I left behind in college. Except now he wasn’t gracing the gridiron unless it was for a movie role. I assumed he wouldn’t even recognize me, not with the actress on his arm and the crowd pressing in around him. Ryan Prince didn’t just recognize me; the angry tilt of those lips on that too perfect face told me he remembered exactly what I did when I left. I thought maybe this was a gift, a way to put the past to rest…but the look on his face told me he had plans to dig up everything that was unfinished between us. The summer was about to end, but it felt like my penance for the last decade was about to begin. 𝑇ℎ𝑖𝑠 𝑖𝑠 𝑎 𝑠𝑡𝑎𝑛𝑑𝑎𝑙𝑜𝑛𝑒 𝑟𝑜𝑚𝑎𝑛𝑐𝑒 𝑛𝑜𝑣𝑒𝑙 𝑤𝑖𝑡ℎ 𝑛𝑜 𝑐ℎ𝑒𝑎𝑡𝑖𝑛𝑔. Add to your Goodreads TBR: https://bit.ly/OO-GR 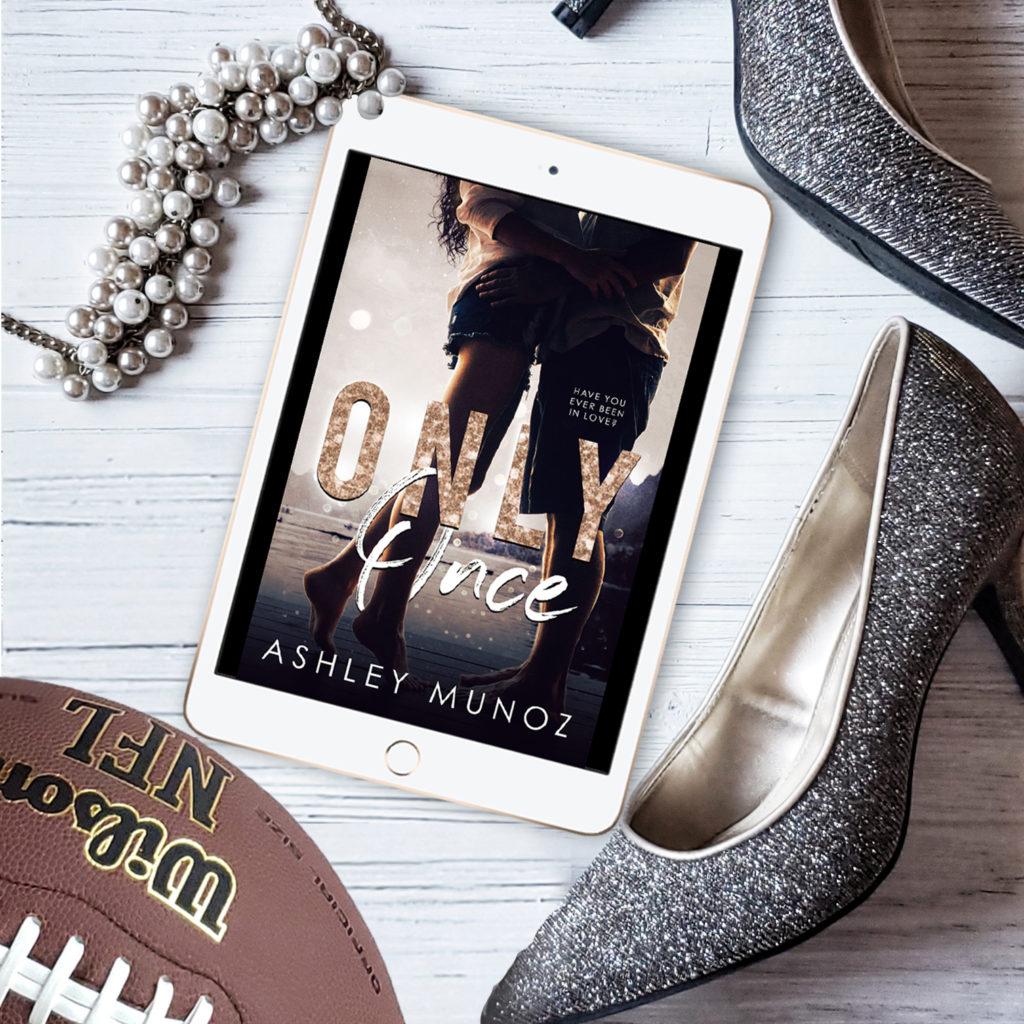 Ashley was born in Nebraska, but raised in Oregon where she lives with her four children and husband. If she's not helping her husband with DIY projects around the house, she's writing or sneaking off to a corner to read.   AUTHOR LINKS FB Author Page | ReaderGroup | Instagram | BB | GR | AMZ Author Page | Newsletter Sign up