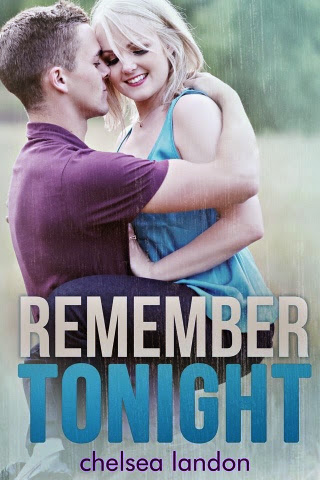 The summer Alanna Rodger turned eighteen, she thought it would be just like the rest of the summers spent on her parent’s farm in Amarillo Texas. That was until champion bull rider Callan James returned home.

Everyone in town knows about the James’ boys and why they disappeared four years ago.

She's warned to keep her distance but there’s something about Callan's allure that has her wanting a closer look to unravel all of the reasons that he left — ensuring he stays long after his eight seconds in this town are up.

And when he finally does leave town, she knows exactly where to find him.

There’s nothing that can stop her from wanting him… even the four year age difference won’t prevent her from pursuing him. When Callan can’t get past the age difference, he does everything within his power to show her just how dangerous his lifestyle is.

Can she break through his rough exterior? 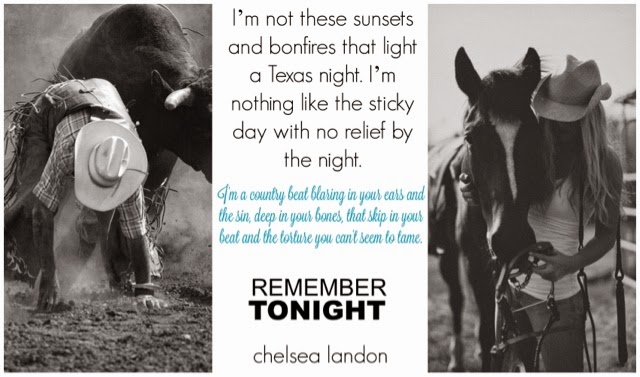 “I’m not asking for that. Just give me tonight.” I breathed against his lips. The shift in his demeanor reminds me he is a bull rider, all heart, all go with a confidence only they have.

“Don’t hate me for leaving in the morning…” his voice shakes as he speaks, never more vulnerable as he’s ever been, making sure I know what this is going to be.

He swallows, his breathing coming a little faster now. “I’m not having sex with you just because you want me to.”

Callan shakes his head. “What I will do is show you that there’s more than just being with someone physically and getting off.”

“You need to believe you’re worth it. Because you are.”

No one has ever said that to me. Even Jackson. But we were young when I was with him. I was fourteen and he was sixteen. He was my first everything and then before I had a chance to really love him, he was taken from me.

His head is down, staring at the weathered wood when he pushes himself from the tractor.

As he walks toward me, his hands are on the hem of his dark shirt, yanking it over his shoulders. I’m begging for his kiss and he’s not denying. His shirt drops behind me on the hay bales, steady and sure palms cupping my cheeks and a kiss so heavy I’m drowning in him.

He takes my body in his hands, a slow descent to the floor of the barn. He sets me down on the hay bale where his shirt is and then kneels before me. I watch the muscles in his stomach and arms as he does so, flexing with each movement. His knees spread once he’s on the ground, sliding against the dirt of the floor.

His hands are on me, rough and wild but yet steady and patient like he’s memorizing a beautiful canvas before him. He’s showing me there’s more than giving my body to someone. I feel it because it’s an emotion, a feeling. His fingers move to the band of my jean shorts, sliding across my exposed skin to meet in the middle to the button. My eyes are on his but he’s not looking at me, he’s watching my body curve around his. His jeans are still on, as mine are, when he grinds his hips into mine and I feel his arousal, hard and straining against his jeans.

His mouth finds mine, eager but controlled. I feel so much right then. Not just sexual frustration but something so much more when I kiss Callan. He gives his heart when he kisses me like this. Everything he says and does shows that. He’s giving now. There’s no teasing anymore. I know this when he gets the button of my shorts undone with one hand.

He’s not rushing, he’s slowly loving. He moves both hands from my waist and lower to the backs of my knees hooking his hands around them. He brings both my legs to rest on his left shoulder. His head moves to the side pressing my calf against his hot ear. He takes his hat off next with his right hand and puts it over my face, laughing.

It smells like him. Dirt and grass but there’s that distinct leather cowboy smell that melts me on the inhale.

I remove the hat to see him staring at me. There’s a slight grin but it’s more that intensity in his eyes that gets me. It’s like the night I met him. I take the hat and place it on my chest. Callan smiles knocking it away and puts his hands back on my hips dipping his fingers inside the waist band of my shorts. He gives me a wink and I lift my hips for him. Slowly he pulls them down and up over my thighs as his knuckles graze my skin. When they’re at my ankles, he tosses them near his hat on the floor.

I’m not sure what he’s going to do next but his mouth is lingering on my skin over the bruise on my calf that’s forming.

“Does it hurt?” he asks, still looking at the bruise.

“No.” I tell him bending my knees and sliding them down his bare chest. He stops grabbing my ankles and spreading my legs for him.

“You’re trouble.” He says when my legs are spread and my lower half is now completely bare for him.

“You’re torture…” Callan’s mouth twists, a half grin that fades quickly as his eyes drop, his fingertips moving and squeezing my upper thighs as he groans, a low throaty sound I want more of. 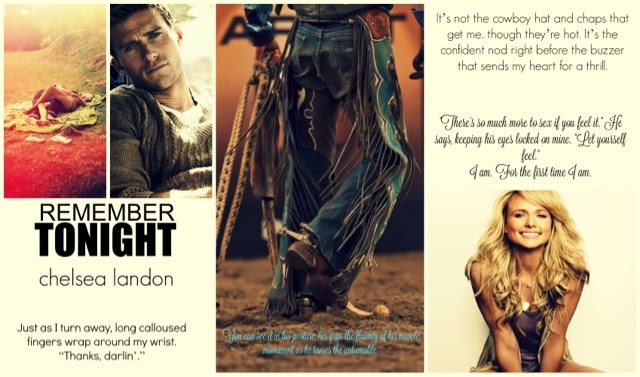 A stay-at-home mom, Chelsea spends her days drinking entirely too much caffeine, baking sugar-sweet treats she never eats, playing on Pinterest, and jotting down notes for her novels. A dreamer at heart, she’s been creating happily-ever-afters. She’s a lover, a writer, a dreamer, would rather type than speak, wants to remember everything, loves lots of ice in her drinks, and is slightly introverted.