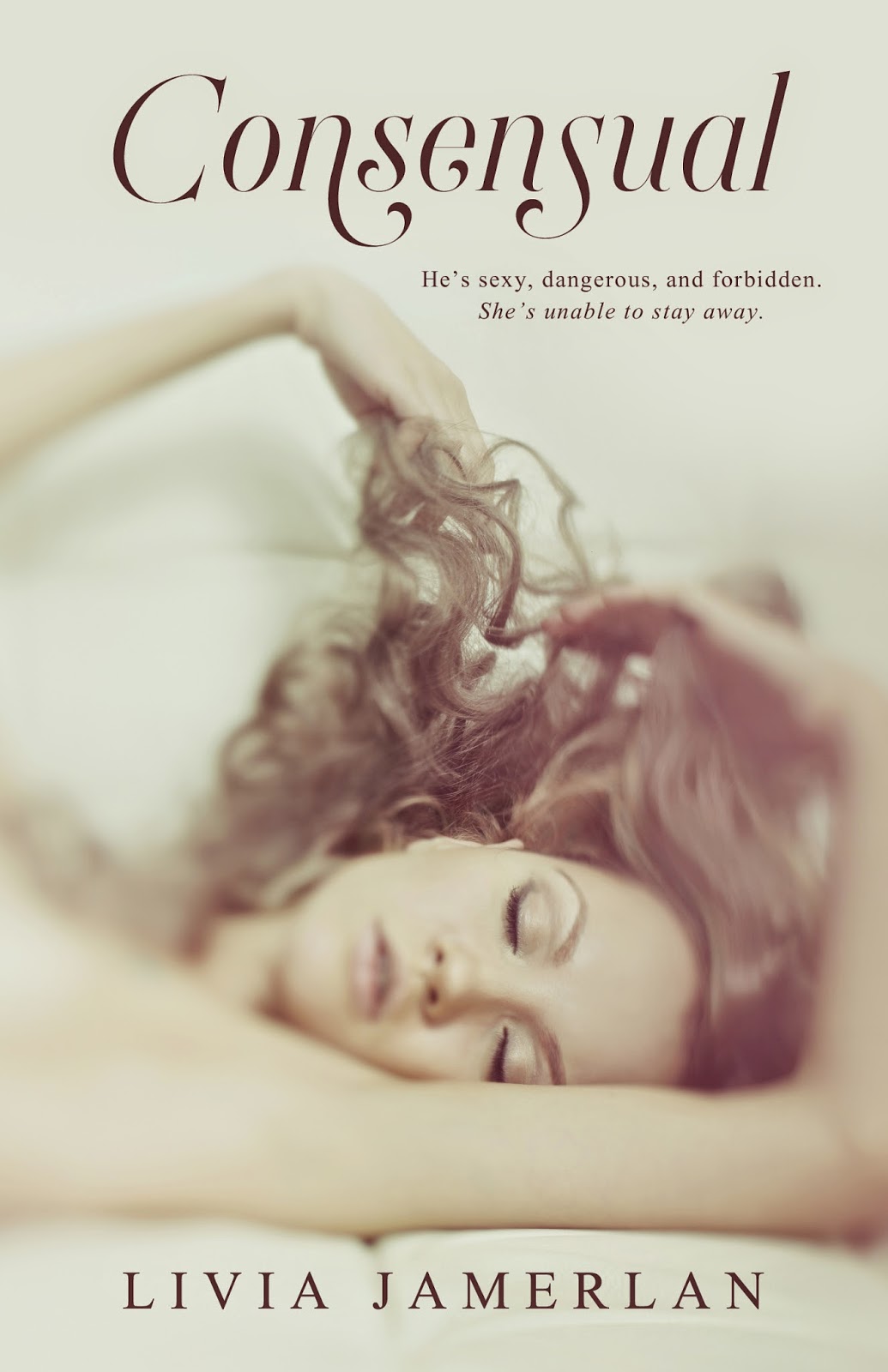 Until she meets HIM.

Peyton Haas is sexy, dangerous, and forbidden. The defense attorney on Braelynn’s first legal case is the only man who can cloud her judgment. Unable to stay away, she finds herself lying to everyone around her so she can spend time with the man who makes her feel things she never felt before—things she never dreamed possible.

With the legal case hanging on a thread, can Braelynn ignore the relationship she has built with Peyton?

Or will she succumb to the man who has the power to throw away her future? 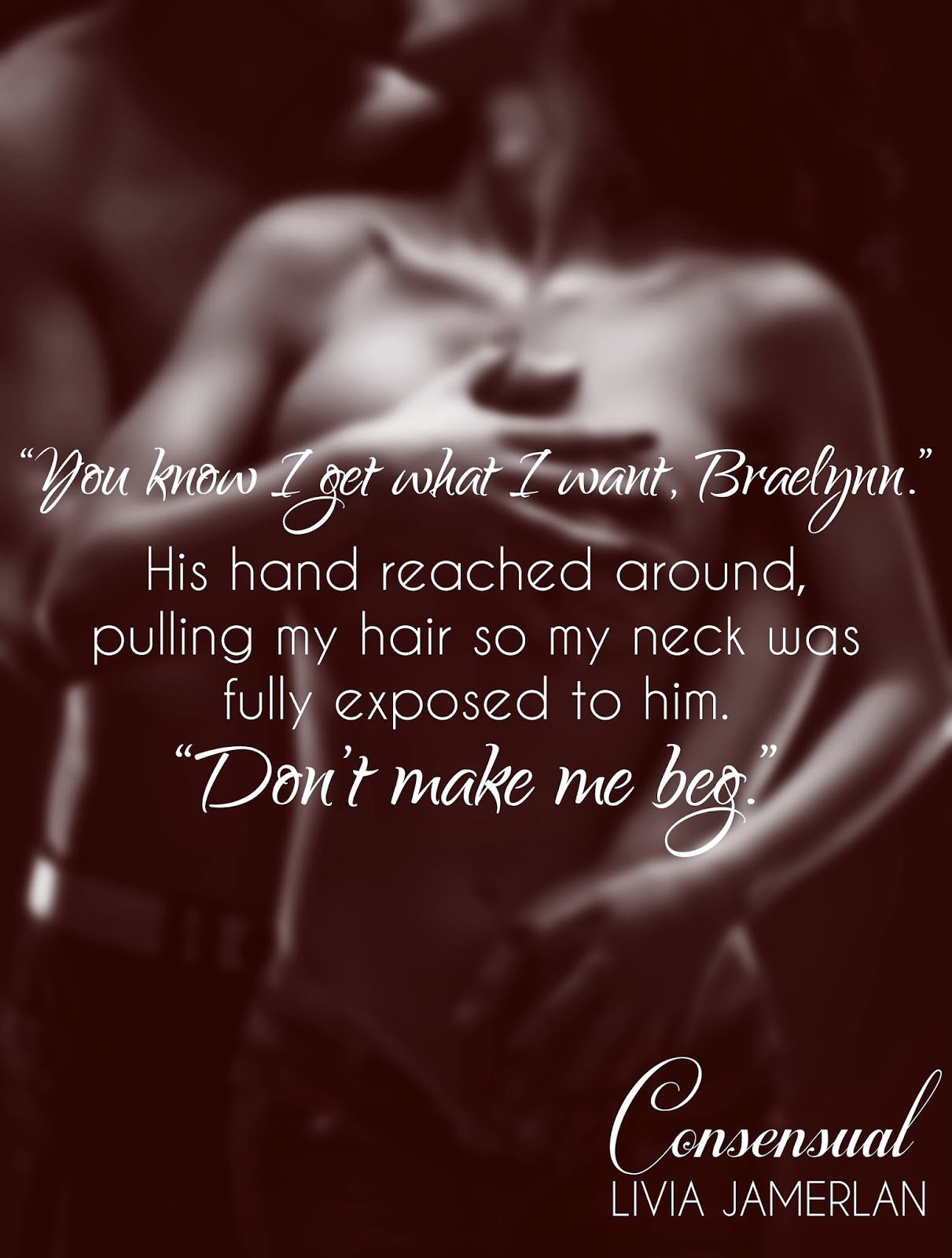 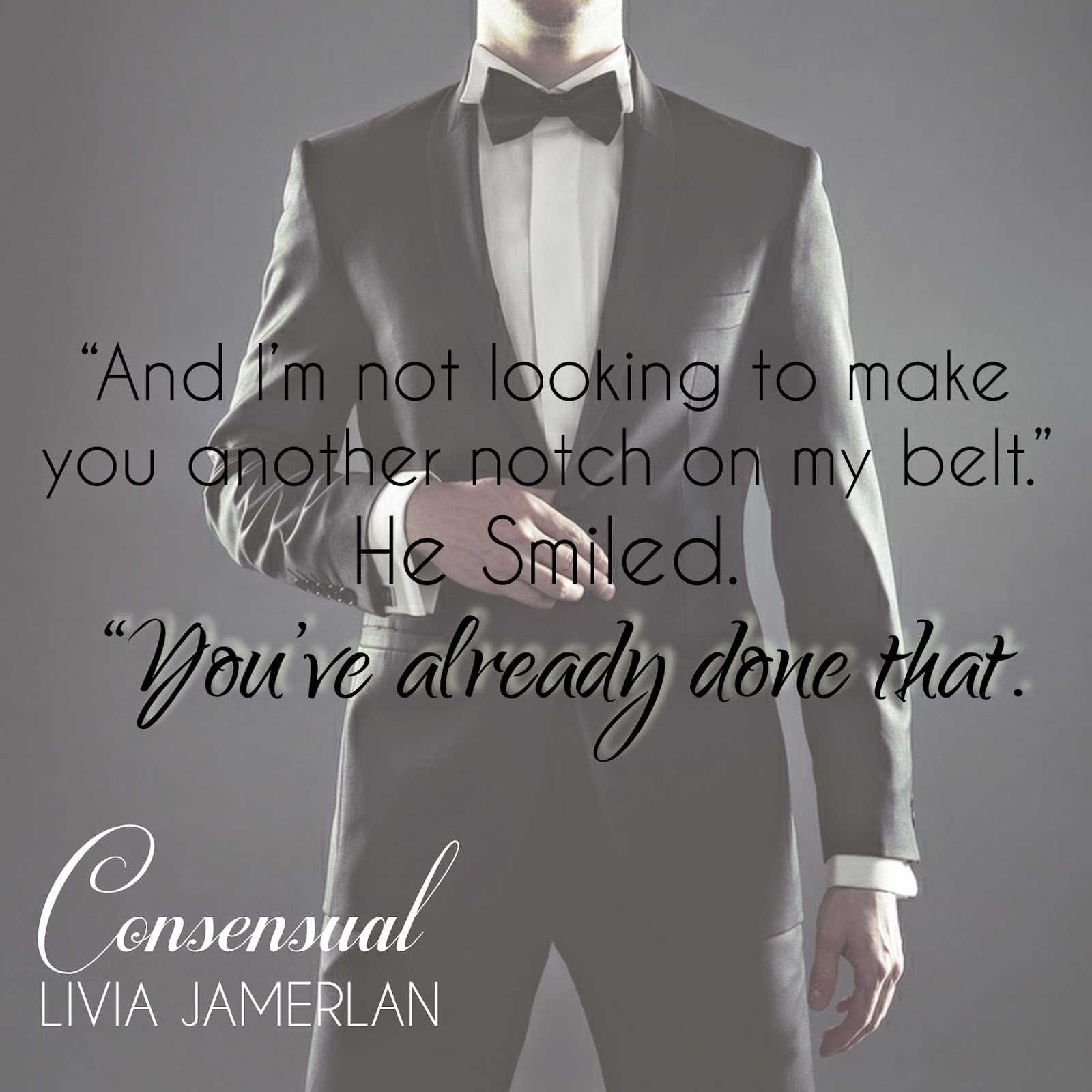 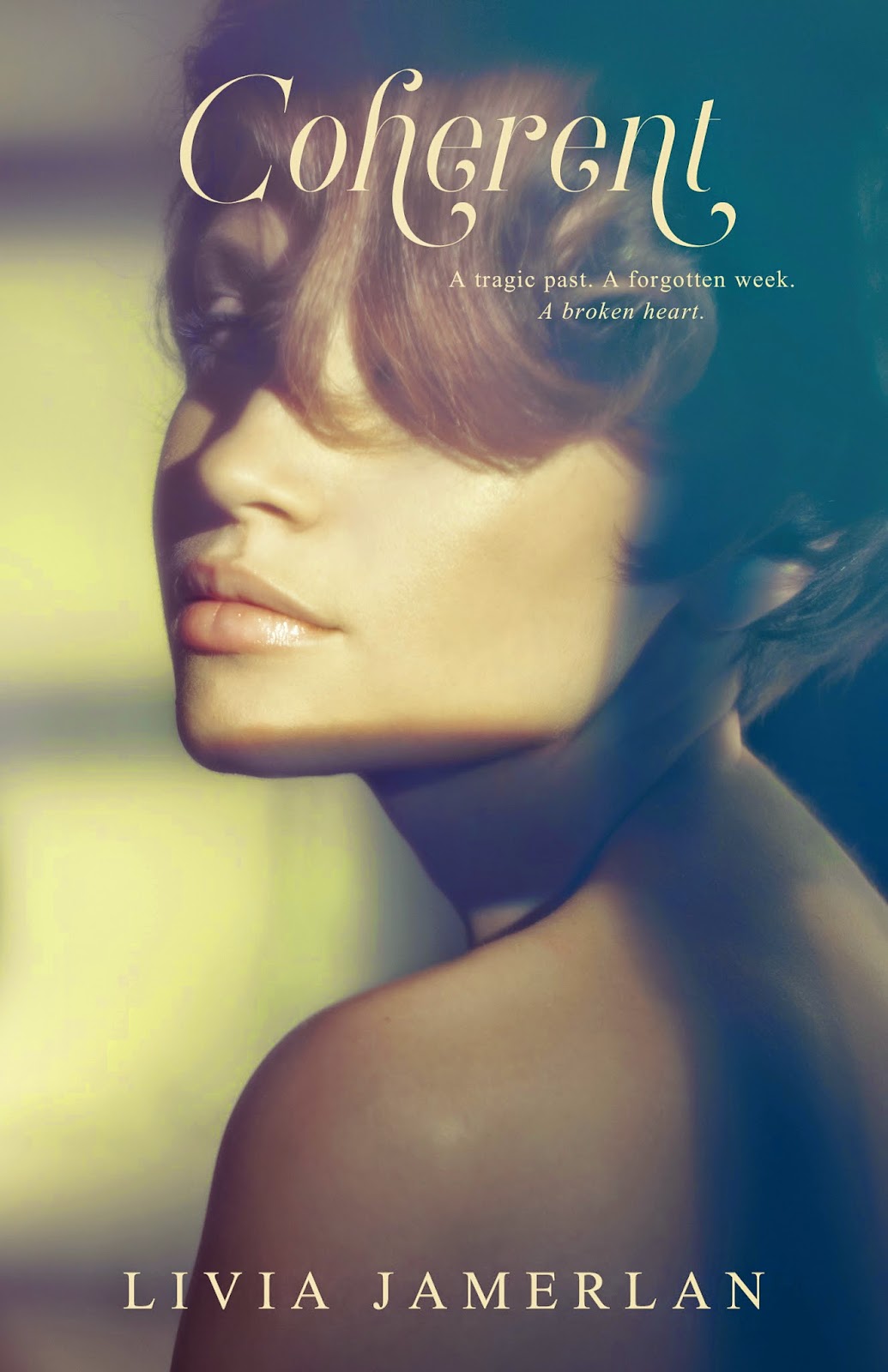 A tragic past. A forgotten week. A broken heart.

When Braelynn wakes up in a hospital bed with a week of her life missing, she turns to the darkness that she didn’t know she craved.
Lost and confused she’s left empty.

Peyton Haas is self–assertive, determined to get what he wants, and for the first time in his life—in love.But is he willing to face the demons that haunt Braelynn?

It was the first time the either of them had let someone in. But one week was all it took to change their lives forever

Will their love be enough to keep them together? 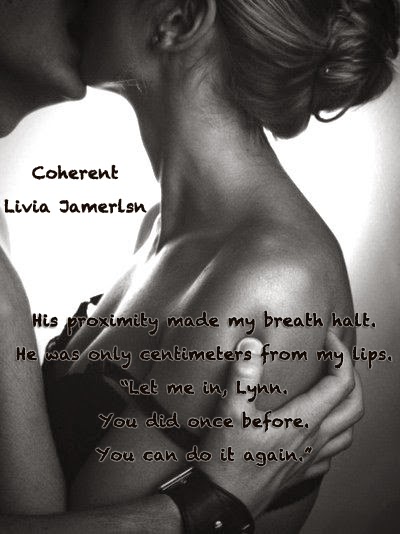 Braelynn and Peyton are finally headed down a path without torment—until he allows someone else to come between them.

With the remnants of her broken heart scattered, Braelynn begins to piece herself back together, piece by ragged piece.

Peyton has dark secrets of his own. Secrets that leave him no choice but to walk away from the only woman he’s ever loved.

But his desire for Braelynn has him fighting between what he wants, and what he needs to do to keep her safe.

Love can only withstand so much. The connection between Braelynn and Peyton has been tested before—could this be their breaking point?

She lay naked on the white linen sheet, her golden blonde hair fanned out across her pillow. She had been my all, the one to come into my life, cause havoc, and claim my heart. She had been my everything. My greatest desire. The fuel that pumped through my veins.

The sun beamed down on her skin, glistening on her flawless fair body. Almost flawless anyway.

The marks from our recent times in the playroom were still visible, her wrists that were tucked under her chin revealing a crimson burn from her pulling on the restraints. Her plump breast scarred from the lashes of the flogger, and her upper thighs holding the same marks as her breast.

I was terrified at the pain I had caused her, but horrified that I wanted to cause more.

Braelynn had repeated over and over that she loved the marks and the pleasures they gave her. Since she had rejected my proposal, I began to feel that she was slipping away. The grasp I had over her was fading and my need for her had been replaced with rage and want. I needed to punish her for saying no, whip her flesh when I felt her slipping out of my hands. Though I was sickened once we were done, massaging the welts kissing them with my love, I reveled in her moans and her screams of pleasure made me hungry for more.

She had turned me into the monster I now was. Possessive, demanding, and hungrier for her than I had ever been. Her arousal when I slid deep inside her had me on the brink of losing myself. The way she came around me, choking my cock … it was indescribable. But when she bowed her head, her blonde hair covering her face as she submitted to me, that had my inner Dom crawling out of my body, wanting to take full reign over hers.

For the past six weeks she’d spent every night with me, letting me have full possession of her weak body. But the nagging voice in my head kept saying that our time was limited.

“You’re doing it again,” she whispered, her voice filled with exhaustion. Her eyes peered open when she spoke.

I leaned forward, kissing the tip of her nose. “I don’t know what you’re talking about,” I lied.

“Yes, you do. You’re thinking so loud I can hear it in my sleep.”

“Stop it!” Her eyes flashed open, and a sea of green and brown specks pierced me. “You aren’t hurting me.”

I shook my head, completely disagreeing with her. “Look at the bruises on your skin.” I traced my hand over her soft breast.

“I have a safe word and I have yet to use it.” She pulled the cover over her blemished flesh and turned on her side.

She hadn’t used it yet…

Livia Jamerlan is the author of Divided. She is also a hopeless romantic who is always looking for her next love story to pop in her head. Though Livia kept a journal throughout her early life, she never thought about pursuing a career in writing. She always used it as form of therapy, pouring her heart out into words. It wasn’t until a story developed in her head that she decided maybe she could write a book. At first it was just an escape from reality, but now she uses it as a power to put all her feelings, hopes, and fears on paper. Deciding it was time to tell her story, she began to write. With each passing day the story grew, characters were formed, and what seemed like a hobby at first has now become a passion for Livia.

She is a New Jersey Native who loves spending time with her husband and two dogs Buddy and Daisy. When she is not writing or hiding behind her Kindle, you can find her with outside, gardening, at a local shopping center enjoying some retail therapy, or enjoy a pepperoni pizza