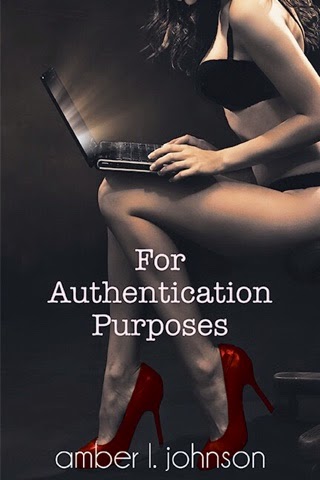 #MyReview #BookReview #NewBook #Romance #MustRead #NewRelease #ReadReviewRepeat
GR Link: https://www.goodreads.com/book/show/22236204
Amazon link: http://amzn.to/1BrPGEW
Dawn Sims (Bunny) is an inspiring writer with no experience in the love life area. Warner Green (Wardo) is a known bad boy who has always had a crush on Dawn since grade school.
By accident Wardo reads Bunny's romance novel during a college class they had together and offers to help her get the learning experience she needs. Bunny agrees since it will be For Authentication Purposes only.
“Oh, hell no. Being with you in a porn shop is on my list of ‘Things to Never Do Before I Die’.”
Excerpt From: Amber L. Johnson. “For Authentication Purposes.”
💫 Just like any of Amber's books that I have read (which are all) it was so well written. The comedy, love, humor and passion that she put into this story made me laugh, smile and think of sexy times I needed to have with my boyfriend several times. Her way with words always get you in the right mood!
“Either way, he looked amazing and smelled so good I wanted to rip his clothes off and give him a tongue bath like those alley cats behind my apartment did on a nightly basis.”
Excerpt From: Amber L. Johnson. “For Authentication Purposes.”
💫 Reading the love story evolve for Bunny and Wardo was hilarious! They matched each other so well that we knew it was just a matter of time before Dawn would fall in love with Warner. I loved this story from the beginning when Warner called Dawn out in front of his friends because of her word choices in her novel she was attempting to write. And who couldn't love the story all the way through from the sex toy store to Wardo's job at the bookstore (wipes brow) then next to when he rolled off the hood of car in excitement!!!
Another 5 Star book by the lovely Amber!!! 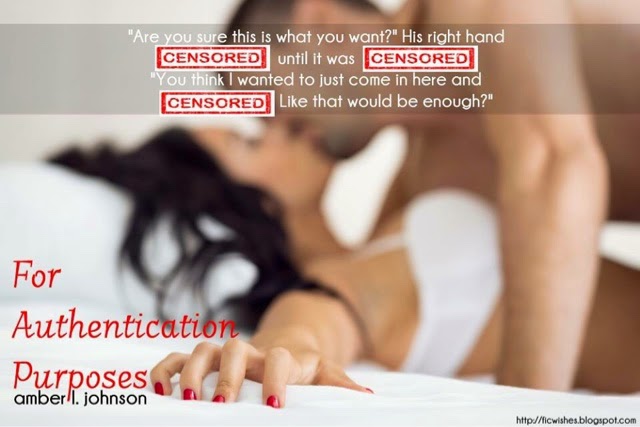 💫Summary💫
Dawn Sims has made a name for herself writing romantic fiction online. When she's pushed to try her hand at publishing, she thinks she has everything figured out. The only problem? She's never been in a relationship, especially one that has led her to finding The Big O.

So much for writing what you know.

Warner Green has had Dawn in his sights since she walked into his class in seventh grade. She broke his teenage heart not once, but twice, so seeing her in his night class at the local community college was an unexpected surprise.

Accidentally reading her bad erotica on her laptop was a blessing from the Smut Gods themselves.

It's clear she has no idea what she's writing about, but Warner does. In fact, he knows so much that he's willing to offer her his services. The deal is simple: teach the good girl from high school everything she needs to know to write from experience. If he gets to live out a fantasy or two that he's been harboring for almost a decade, then there's no harm in that either.

The lessons turn more heated, and Dawn begins to question where Warner has learned his skills, but he's not ready to talk, until his past comes back to haunt him at the worst possible time.

It shouldn't matter when it's for authentication purposes only.