“Do not cry. God. You look so god-damned beautiful. You knew this would never be anything. I took you, Imogen. Think about that, would you? I captured you. Enslaved you. Tormented you. Threatened you. Every day would be a reminder of that past.” At last, the conclusion to the story of Imogen, a young maiden taken by her enemy on her wedding night by the mysterious and powerful Erik, is complete in this four-volume set, Tattered, Tormented, Threatened, and Tethered. Questions are answered, pasts are finally revealed, and as the war that brought this couple together comes to an end, can Imogen forgive Erik for what he is about to do? Filled with mixed emotions about her undeniable feelings for her captor, Imogen struggles between hopes of freedom with the reality of first staying safe. As she learns the stories and legends of her captor’s history, so deeply intertwined with her own past, she begins to question everything. Fear, lust, jealousy, love, death, and ultimately truth explode all at once. Messy. Complicated. Unexpected. With cruel and unkind soldiers waiting to sink into and corrupt Imogen’s innocence, Imogen faces imminent danger and a cruel and humiliating test at the hands of Erik that leaves her more confused than ever. As another slave vies for and succeeds at getting Erik’s attention as well, is Imogen’s safety even a priority for him anymore? Or is he in love with someone else? This dark, suspenseful romance puts the emotional gamut into a blender and hits the on button. What pieces will remain? You may want to go back and start the series over from the beginning to put it all back together. And maybe even again after that! 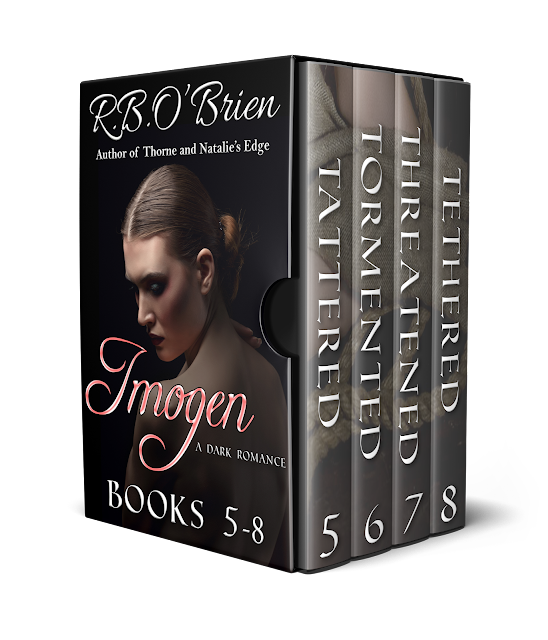 “Imogen?” Erik put his arms around me from behind, our bodies touching, lying on our sides, and he traced small circles across my lower abdomen until I began to squirm. His erection pushed into the crack of my ass, and I felt myself pooling with arousal between my thighs. He kissed my neck and whispered in my ear. “Go back to sleep.” The gruff gravel of it vibrated, spreading goosebumps to every part of my body. My arms were in pain, still tied behind my back, and I groaned a bit. “Erik. My arms. Please.” He continued to touch me just above the spot I craved him to and kissed my neck repeatedly. My body grew warm and needy, and I squeezed my eyes shut, trying to fight it, trying not to admit or accept that what he was doing felt good. I squeezed my legs firmly together to try to hide the wet, sticky mess I was making, clenching to alleviate some of the ache. “Still,” he ordered. His hands moved away from my pleasure spot and traveled under my breasts, and he touched them like a feather would, and I accidentally moaned his name and shook my legs to try to relieve some of the pressure mounting. He chuckled into my neck. “Go back to sleep or I will torture you this way until I need to go work.” He tweaked my nipples, and I squeaked out a sound of pure lust and froze, humiliated. “Training again tonight, Imogen. You like this too much. Quiet now. Sleep.” I only like it with you, I thought to myself. 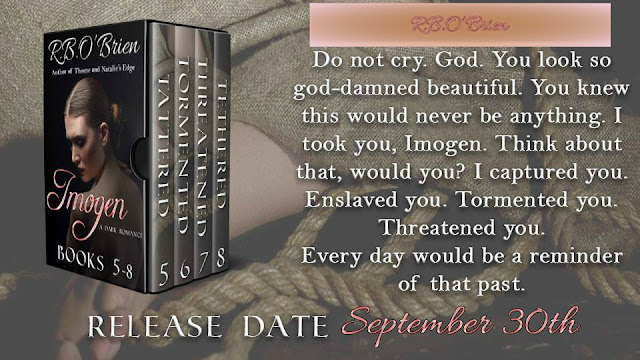