Discover USA Today bestselling author Rebecca Rivard’s steamy world of dark shifters and sexy fae.
THE DARKTIME ISN’T OVER…
Jace Jones, a Baltimore earth fada lieutenant, lost nearly his entire family in the clan war known as the Darktime. Scarred by the deaths, he pours his soul into rebuilding the clan. The only person who has a claim on his heart is his niece. Then an attack by a night fae assassin leaves him dying on a human’s doorstep…
Tough, edgy Evie Morningstar is doing her best to raise a teenage brother on a waitress’s pay. She has no time for men—until the sexy jaguar shifter is stabbed just steps from her house. Evie hides Jace from the night fae, saving his life—only to find that both she and her brother have been drawn into the fada’s dangerous world.
And the Darktime isn’t over…
THE FADA.
Shapeshifters created during Dionysus’s infamous bacchanals.
They’re dark, ruthless, untamed—and when they love, it’s forever.
Note to bloggers: Saving Jace (A Fada Novel, Book 4) begins the Baltimore Earth Fada Clan trilogy within the Fada Shapeshifters world and is a standalone book with an HEA. 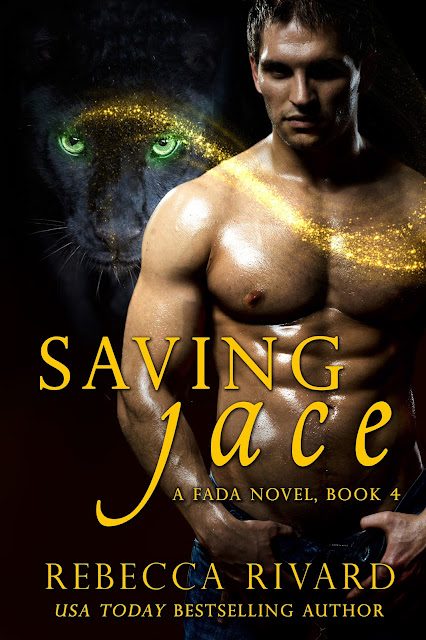 “Nisio and Ula’s story was everything I wanted and more. Holy cow, they just sizzled off the page...” ~Nerd Girl Book Blog

Someone was watching her.
Evie gripped her keys and glanced around.
The watcher was standing in the shadows across the alley. His eyes gave him away: a faint, luminous green.
Her heart kicked into a gallop. “Jace?” she called. “Is that you?”
Please let it be him.
He stepped out of the shadows. She blew out a breath. It was Jace.
He crossed the alley in a few long, loose strides. An atavistic tremor went down her spine. This was the real Jace—and he was nothing like the injured, feverish victim of last week. No, this man was dark. Powerful. Raw-boned. A panther in a T-shirt and jeans.
She squared her shoulders and lifted her chin, because damn it, she’d saved the man’s life. She refused to let him spook her.
He stopped a few feet away. “Hello, Evie.”
He was bigger than she remembered, but then, last week he’d been hunched over nursing his injuries. Now she realized he was a good half foot taller than her with the lean, hard build of a soldier. Another shiver went down her spine—but this one had nothing to do with fear. 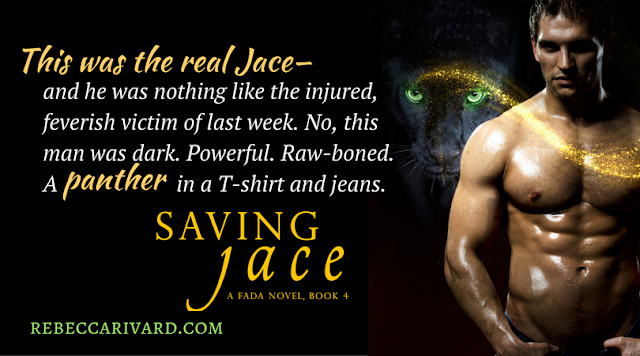 USA TODAY bestselling author Rebecca Rivard read way too many romances as a teenager, little realizing she was actually preparing for a career. She now spends her days with dark shifters, sexy fae and alpha vampires—which has to be the best job ever. Her books have twice been awarded the prestigious Crowned Review from InD'Tale Magazine, and her novel Tempting the Dryad (#3, Fada Shapeshifters) is a 2017 RONE Finalist. Her novel Stealing Ula: A Fada Shapeshifter Prequel was a 2017 Finalist for the coveted PRISM Award given by RWA’s Fantasy, Futuristic & Paranormal Romance Chapter.