Blog Tour with Review for Already Gone by Kristen Proby and K.L. Grayson

Already Gone, an all-new standalone contemporary romance by New York Times bestselling author Kristen Proby and USA Today bestselling author K.L. Grayson
Falling in love is easy…
New Hope, South Carolina is my home. It’s where I grew up, got into trouble, and fell in love for the first time. Scarlett Kincaid was more than the girl next door, she was my best friend, until she decided that small town life wasn’t for her. One minute she was here, and the next she was gone.
The girl I used to fish with down at the creek is now the biggest name in country music. She headlines world tours, has won four Grammys, and I haven’t seen her since. Until today when she sped through town in her fancy car. One look at her big brown eyes was all it took to stir up a whole slew of emotions. Emotions I’d long ago buried and sure as hell don’t have time for.
It’s the aftermath that’s hard…
There are two things in my life that matter. My music, and my dad. Twelve years ago, I packed a bag and chased my dream. Leaving New Hope and escaping the gossip mill was the easiest decision I ever made. I never planned to return, but my father needs me, and he always comes first. So, I did what I had to do. I cut my tour short and came home, despite having a sister who hates me, and a community that doesn’t trust me.
And then there’s Tucker Andrews.
When he propped an arm on the roof of my car, pulled down his sunglasses and flashed his police badge, I nearly swallowed my tongue. Gone is the lanky boy who used to throw rocks at me and pull my pigtails. Tucker is now a six-foot package of brawny, sexy man wrapped in more muscle than I have hit singles. Did I mention he’s a cop and a single dad?
My goal was to help Dad, and get back to my life. But what am I supposed to do when the life that used to strangle me suddenly fits like a glove, and makes me dream of things I never thought I’d have? What happens when the boy I walked away from years ago becomes one of the most important people in my life? I don’t have room for a man much less love.
Right?
Because it’s impossible to hold onto someone who’s already gone.

"The thing with small towns is that everyone knows everyone else's business. The animosity between sisters, the family bond between brothers (and cousin), a father who would do anything for his daughter and a daughter who puts her life on hold for her father. This story has it all, the drama, the angst, the heartfelt moments that make you swoon and enough steam to melt your insides.
There's nothing quite like a second chance at your forever. Though there are twists, turns and bumps in the road, when Tucker and Scarlet come face to face after 12 years it doesn't take them too long to figure out who they want in their respective futures. Communication is key but sometimes when things don't go according to plan, we need our actions to speak for us because our words have failed.
Will the one time small town girl give up big city living or will Tucker pull up the roots he worked so hard to grow for he and Chloe and relocate, or will it all be too late?"

"Already Gone was co-written by K.L. Grayson and Kristen Proby, I will be honest this is my first K.L. Grayson book but I won't be my last! Who's says you can't go home and back to you roots? Scarlett Kincaid comes home to her small town after hitting big as one of the hottest country starts to help take her of he dad. Unfortunately or for her fortunately the one that got away (which she now realizes), lives right next door to dear old dad. Tucker Andrews, her best friend growing up, that has loved her is whole life, is now a small town cop and single dad to his daughter. At first he is not quite sure what to think about having Scarlett back home, but then comes to realize this time he is not going to let her get away. The secondary characters will have you loving them, or wanting to scratch a certain siblings eyes out. Don't miss out on the fabulous read from these two wonderful authors." 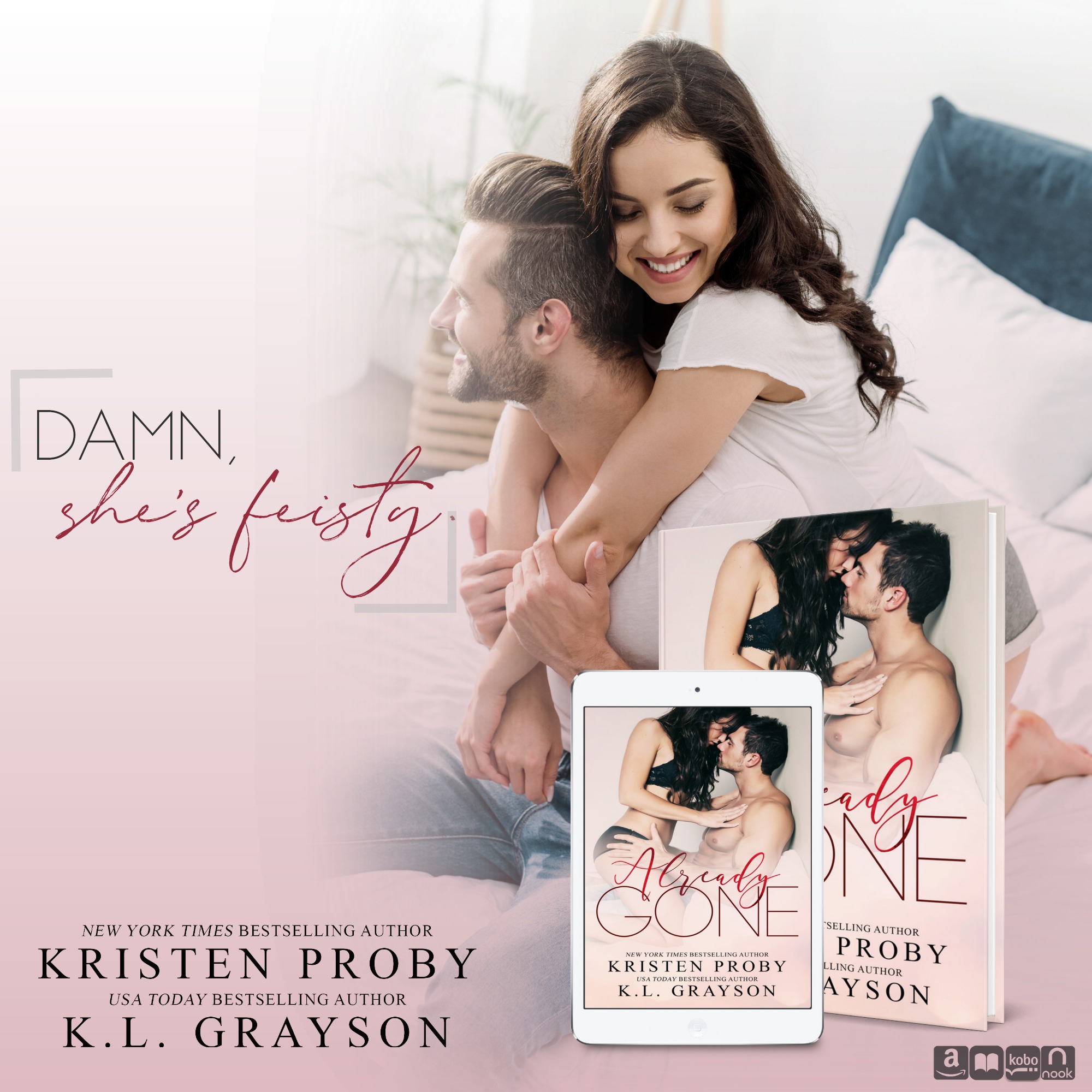