From the international bestselling author of The Protege Series, The Never Knights Trilogy, PULSE, and SESSIONS Series, comes a new adult romantic suspense..
*****"Love love love The Blue Room! Can't wait for more!" - P. Bennett, MN
*****The chemistry is so hot! I know Terrence is bad for Staci, but I want them together." - Mary T.
*****I found my new addictive read! Can't wait to get into the next book." - Addicted to Books Blog
Would you sell your soul or body to find out the truth?
When Danny Blue of the Never Knights inherited his playboy billionaire father's businesses and legacy, he didn't realized his father's pet project was the Blue Room, the most elite and secret club in the highest circle. He was happy to let his half-brother Terrence Blue run the club, but with Terrence's womanizing ways and carefree attitude when it came to everything, he wasn't sure if that was a good idea.
Terrence Blue wasn't sure that was a good idea as well because it would cramp his style as a former patron of the club, but when he spotted virginal Staci Atussi starting at The Blue Room, he had a change of heart. Not only was Staci Atussi a knockout without knowing it, but she was the challenge he had been craving.
For Staci Atussi, working at The Blue Room was her solution to a desperate situation, but as she became integrated into the world of The Blue Room and the mysteries surrounding its patrons and the sexy Blues, she wondered if she had traded in her desperation for something far more sinister.
The Blue Room is a New Adult Contemporary Suspense Series intended for readers age 18 and Up.
Volumes 1-8 of The Blue Room Serial is Now Available! 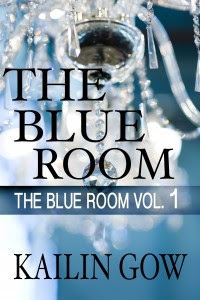 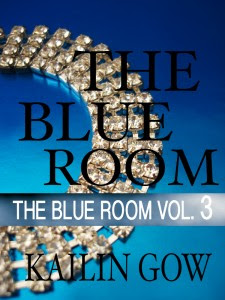 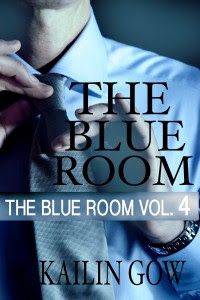 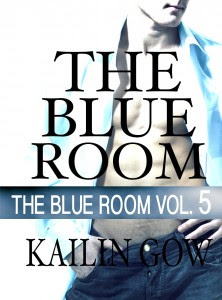 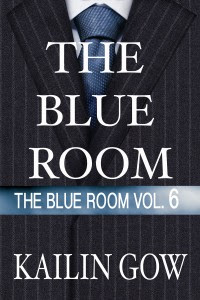 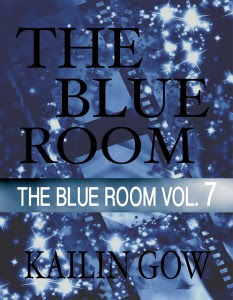 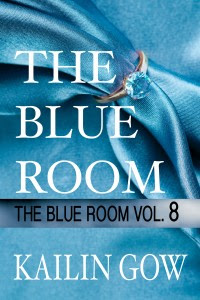 Kailin Gow is an international award-winning author, producer, woman director, and spokesperson for charities who hopes her stories will inspire women of all ages to become their most beautiful, independent, and happy self. Goodreads calls her an "Innovative Author" and "Author Influencer" during BEA 2014 where she was a speaker. Amazon profiled her on the homepage and also in their book, Transformations. She has written and published over 250 books under "Kailin Gow" and more under pen names since 2001, selling over 4 million books in multiple genres such as Thriller, YA, Fantasy, Sci Fi, Contemporary Romance, Erotica, New Adult, and Non-fiction in multiple languages. An indie publishing pioneer, she has written for and been quoted in Fast Company and Huffington Post as a publishing authority, and have appeared in the top radio shows as an authority on Women's image and self-esteem. USA Today recommends her steamy thrillers, while PBS Kids recommend her fantasy YA books. Internationally, she was featured on the front page of The World Journal, the largest Chinese-language newspaper outside of Asia, as an Author Phenomenon and been a speaker for Asian Week. Noted as a top bestselling author of YA and Contemporary Romance on CBS TV, she has won the Reader's Choice Nomination in Fantasy/Sci Fi from the ALA YALSA for her Bitter Frost Series, the Benjamin Franklin Silver Award for her Dystopian Thriller- The FADE Series, for Best in Class, and the Best in Erotica Award from the NIEA for The Protégé Series. Bitter Frost is in Production as a MMO Game, while her prequel book Mysterious Teacher for her paranormal thriller series, PULSE Vampire Series, is in pre-production as a film. In 2016, Kailin Gow will not only be in one but three television series. She is starring in the mockumentary comedy/drama tv series AUTHOR: A Parody, which will be streaming worldwide through Hulu, Roku, Amazon and more. She plays the dual roles of Sue Lin and S.L. Man. And she is hosting the travel and lifestyle show, Kailin Gow's Go Girl, which highlights locations from her series as well as the fascinating people she meets. Finally, she is hosting the tv series, KAILIN GOW: THE CRAZY ONES, a series where Kailin presents and analyze past and present day innovators who have disrupted business and society with their innovations. http://sparklesoup.com/tv-and-film-coming-soon-and-in-development/