Release Blitz ~ It Doesn't Pay to Be Bad by Marie Astor 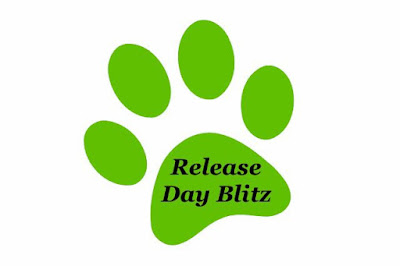 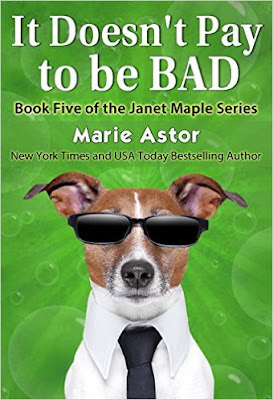 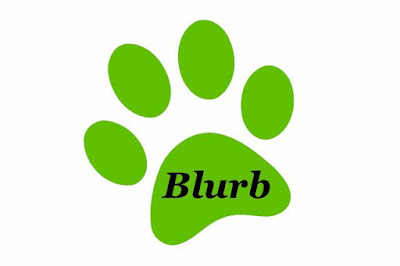 It Doesn’t Pay to be Bad, Book 5 of the Janet Maple Series

partner, Dennis Walker. Back from their honeymoon, Janet and Dennis are about to settle into

married life, but a simple painting they brought back with them turns out to be much more than a
memento.
Suddenly, Janet and Dennis find themselves in the middle of an international art theft scheme,
tasked to entrap one of the most sought after art criminals in the world. There’s just one
glitch—Janet and Dennis aren’t exactly art buffs. Will the duo have what it takes to get the job
done?
*It Doesn’t Pay to be Bad is book 5 of the Janet Maple Series, but it can be easily read on its
own.*

Twenty minutes later Janet and Dennis were in the hotel lobby. Janet had called Pierre

before they went downstairs and he already had a car waiting for them.

“Madam, if I may, you look very stylish today,” Pierre complimented Janet on her outfit.

“Thank you, Pierre. The boutique in old town that you recommended turned out to be

“Thank you, Pierre,” Dennis said wryly. “My wife has been raving about your

Pierre lowered his eyes modestly. “I aim to please. There is so much to see in our town,

but alas, there’s always too little time to see it all.”

“My apologies, the car is waiting for you,” Pierre said, quickly catching Dennis’s drift.

“I checked the gallery hours yesterday and they are open until six in the evening on weekdays.

Enjoy your trip, Jeanette.” Pierre bowed, once he’d walked them to the car.

Janet smiled at the French version of her name, by which Pierre had been addressing her

during the entire stay. “Thank you, Pierre. Hopefully we’ll find something to bring back with

“Oh, I think you will. Joyau Gallery is truly a hidden gem of ours—off the beaten path, as

the saying goes. Few tourists know about it, but I thought you would appreciate it.”

Janet looked up as an elderly sales clerk emerged from the back room.

“Bonjour,” the sales clerk greeted them. He was short and very thin, looking almost like a

dried up twig. He wore a tailored suit that fit his slight frame almost like a glove, complete with

a bowtie and patent leather shoes.

“Good afternoon.” Janet smiled. “Pardon me, but do you speak English?”

“Of course.” The sales clerk bowed slightly. “But I am very sorry to say that we are

“Closed?” Dennis frowned. “But our concierge told us you’d be open. Look, we’re

The sales clerk shook his head apologetically. “I am very sorry, but we are taking

inventory. Normally we’d be open, but not today.”

“Are you sure you couldn’t make an exception?” Janet decided to give it a try. “You have

such beautiful paintings here, and I was so hoping to buy a nice seascape for our apartment.”

The clerk’s eyes widened, a worried look coming over his face. “Did you say a seascape,

“Yes.” Janet nodded. “A seascape for our new apartment.”

dress—” he muttered. “Forgive my impertinence. This old head isn’t what it used to be.” He

flung up his hands. “I believe I have exactly what you’re looking for. Let me make sure that we


will not be interrupted.” He hurried to lock the front door. “I will be right back.” 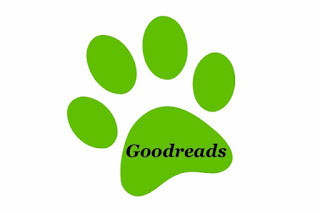 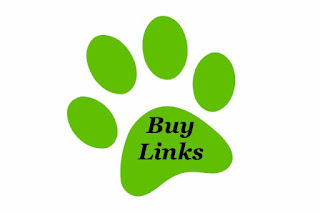 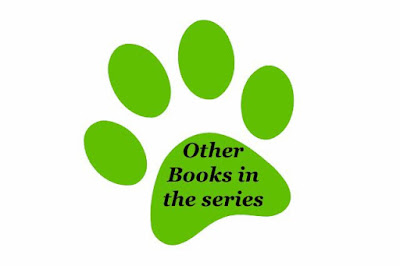 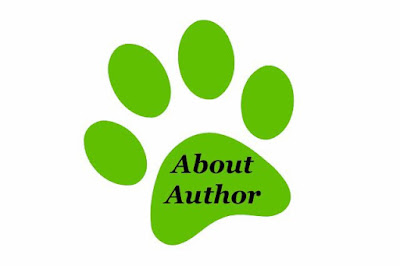 Marie Astor is New York Times and USA Today bestselling author of urban cozy mysteries and romantic suspense. Readers have come to love Marie’s sexy and smart woman sleuths, fast-moving plots, and hot male leads.
In her spare time, Marie enjoys being adventurous out-of-doors. She often gets new story ideas while she is hiking up a mountain or trying to avoid bumping into a tree while skiing.
Whether you're looking for a fun read while on vacation or just want to escape reality for a few hours, you'll find it in Marie's fun, light-hearted mysteries.
Marie loves hearing from readers and always answers all of her emails personally. Join Marie’s mailing list at www.marieastor.com to be the first to know about Marie’s new book releases and events. 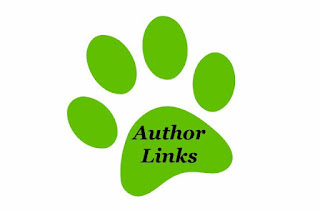 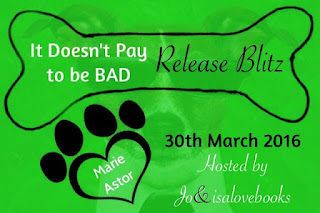