Blog Tour Packet - Trust in Me by Sierra Cartwright 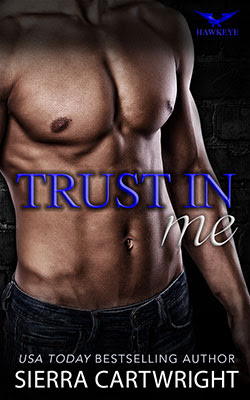 Hawkeye operative Trace Romero lives on the edge, taking risks and thriving on danger. When his boss’s little sister’s house is broken into, he’s tasked with keeping her—and her secrets—safe. Trace’s arrival turns Aimee Inamorata’s perfectly ordered life upside down. The dominant and infuriatingly arrogant man is the kind of jaded alpha male she’s spent a lifetime avoiding. Now he’s sleeping in her house, telling her what to do, looking like temptation and sin, igniting a flame that threatens to consume her. The madman determined to kill her is closer than anyone thinks, and Aimee will need to learn to trust Trace before it’s too late.

Amazon US I iBooks I Nook I Kobo
Add to GoodReads 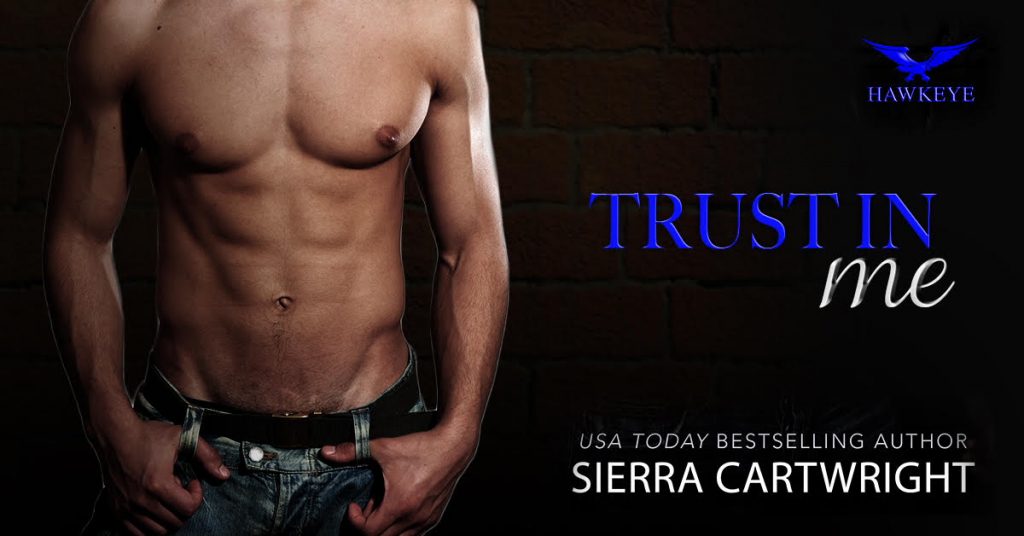 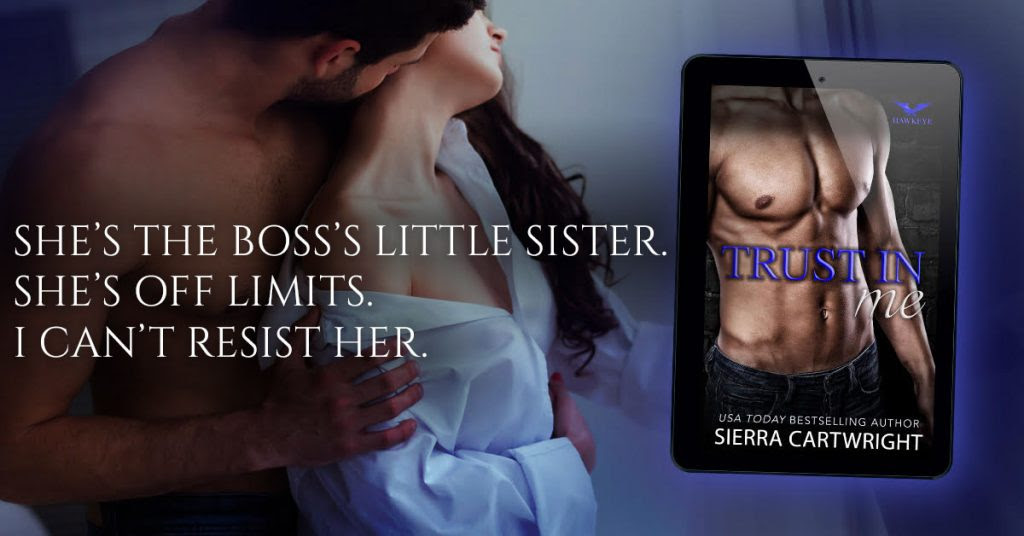