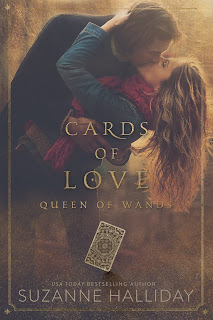 Life is unpredictable and what the cards read for each of us changes like the weather forecast.
When David Allyn's daughter asked him to stop at a specialty store for her, he thought it would be a simple errand. Fate had other plans.
Clueless about mysticism, magic, and fantasy; he wasn't quite sure what to make of a store that carried tarot cards, cupid sprinkles, and mystical looking decor. The Queen of Wands store was only half as fascinating as it's owner, Micki Davies.
Gold Star widow Micki Davies is the breath of fresh air David didn't realize he needed. The quirky, free-spirited shop owner fascinates him like no one ever has.
Humor, instant attraction, and the kind of desire that leaves them both weak in the knees join together with destiny to weave a charming tale of love at every age. 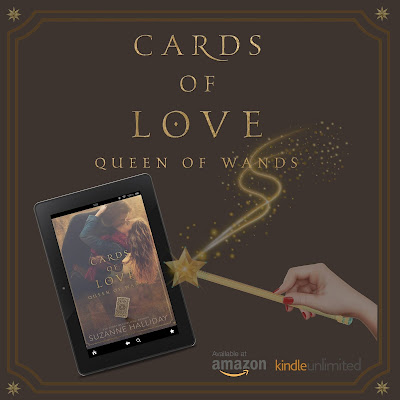 Trusting his instinct, he picked up one of the Egyptian looking bottles and peered at the hand-letteredtag dangling from a ribbon tied around the neck.
“Horny Toad,” he murmured softly.
He felt the soft giggle before he heard it.
A mellifluous voice hypnotized his senses. “Horny Toad. Interesting choice. Complicated formula. Has to be brewed on the night of the new moon.”
David moved in slow motion, turning his head toward the voice. The hand that held the bottle froze in midair.
“I’d have figured you for this.” An elegant hand with dark red nails reached into the tower and extracted a squat bottle with a yellow top. “Cupid Crystals. Sprinkle in some coffee and see what happens!”
She was standing so close he could hear her breathing. Their eyes met, and the planet stopped spinning.
The hippie woman from earlier had bright azure blue eyes beneath real eyebrows—not that stuff women drew on.  She was smiling. Laugh lines suggested a woman who appreciated life.
Feeling tongue-tied, he was momentarily overcome by the unfamiliar reaction.
“It’s sugar-free.” She laughed.
He found his voice because the sound of hers was enough to make him agree to walk like an ape-man if it meant she’d keep talking.
“Vegan?” he asked with an arched brow.
She cracked up laughing. Hefelt like Judd Nelson at the end of TheBreakfast Clubwith a triumphant fist in the air.
“May I offer you a hand?” she asked. Her voice held a gentle, soothing softness. “I can take those things up to the register if you’d like.”
He blinked. That was it.
“It’s okay,” she assured him with a chuckle. “This is my store.”
“You’re the Queen of Wands?” he asked.
Her whole face brightened. The eyes regarding himhad sweeping lashes. Azure sparkles shot from her expression.
“Yes! That’s me.” She curtseyed like a lady-in-waiting, and he was charmed beyond belief. “I’m Michele Davies, Head Wand Mistress,” she said with her hand out in welcome. “Micki to my friends." 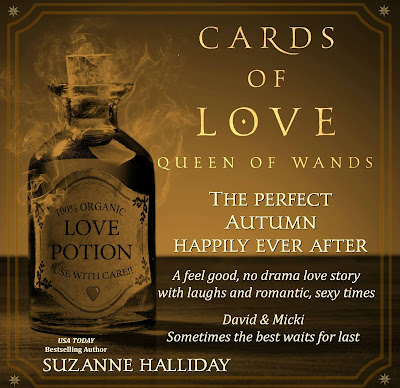 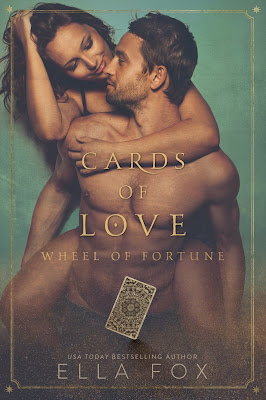 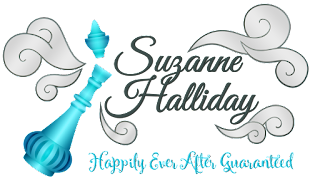 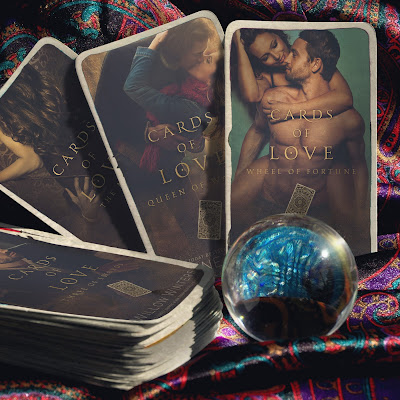