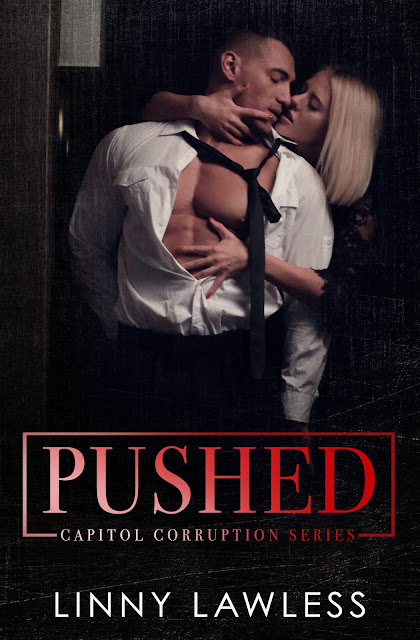 Push
Everyone knows what they need to about me. I’m a dangerous man with a dark and twisted soul. A killer. I’m in the business of power, and money flows through every corrupted vein in my body. They call me Push. I run the wicked streets of Washington D.C. I have everything I could possibly want, except one thing – Nadia. She’s like a delicious drug running through my sinister veins. I’ve wanted her ever since she was just a teenager. But I’ve held myself back, keeping my need for her hidden, even from her... especially from her. I've seen the fear that flashes in Nadia’s eyes when she looks at me, but she can’t hide the lust that accompanies it. Her energy is like a damn aphrodisiac. Now her life is in danger and she's come to me for protection. I think we both know I’ll keep her alive, and keep her as my own, but she'll not be safe, not from me.
Nadia
I don’t even know his real name. Everyone calls him Push, but he can’t push me around and I think he knows that. He’s a notoriously dangerous man, intimidating everyone he comes into contact with. He’s rugged, with dark eyes – eyes that frighten me, but light me aflame at the same time. In a way, I guess I can understand parts of him. My own father is corrupt and depraved, and my mother died so many years ago that all I have left are scattered images of her memory. The sole purpose I have is to fulfill my father’s hunger for money, corruption and power. I’m nothing but a pawn to him, when I should to be so much more than just a piece to move in his game. He gave me to Lucas Peterson, a man who matches my father’s ambition. Lucas is just as cruel, and maybe even more sinister. When my father is killed, it’s now that I realize the only person I can trust to protect me is the man I’ve kept at bay. Push.

Book Worm, Biker Chick, Indie Romance Writer
I grew up and live in Virginia, right outside of Washington, DC. I self published my debut novel, "Salvation in CHAOS" in January 2018 and love to write MC Romance - about sexy alpha bikers with Mojo and huge hearts! I am also writing my first Mob Romance, titled "PUSHED" part of my Capitol Corruption Series, which I plan to release in January 2019! 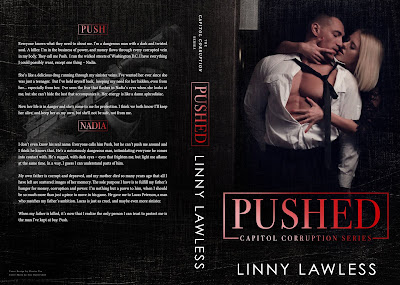