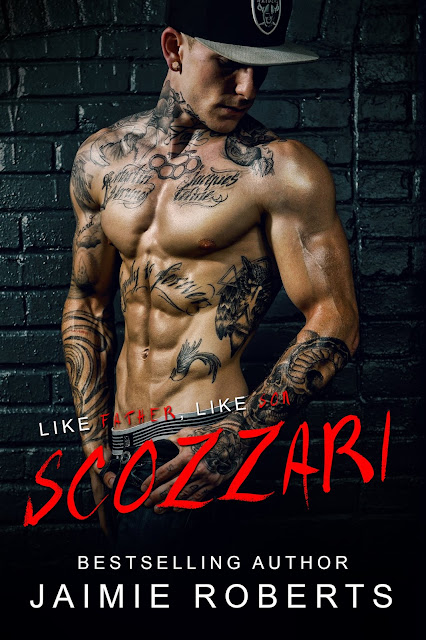 At the age of four, I was kidnapped by an enemy of my father, and as a result of that day, I have learned to fight. Since the age of eighteen, I've been known as Jez (One Punch) Scozzari because the full force of my fist is enough to take down my opponent with just one hit.

With the help of my dad, I turned into a tatted up machine—built for speed, built for stamina ... in all senses of the word. I was prepared to fight, prepared for practically anything. But nothing had prepared me for the girl who had once stolen my heart to come catapulting back into my life again. One look from her when she turned up that day at college, and I was back to when I was ten-years-old. She was my first crush ... my first kiss.

And now that she’s back, there’s no way I’m going to let her escape this time.

When I was ten, I fell for a boy who stole my heart. He was sweet, kind, and gentle. He was my first kiss—the one who made a lasting impression.

Then, at the age of thirteen, I had to move, leaving behind my heart which belonged to that sweet, kind, and gentle boy.

Now, I’m back, hearing that the sweet boy I left behind has turned into this tattooed bad boy with a reputation for fighting ... and an equal reputation for sleeping around.

I was determined not to let him in. Determined to put my walls up so high that not even the famous “One Punch” Scozzari could penetrate them.

But then came my first day of college when I saw him for the very first time in almost six years. One look from him and my solid walls came down with an earth-shattering crash. Just that one look and he had me ... and he knew he had me.

That was day one of Jeremy stalking me.

Jaimie Roberts was born in London, but moved to Gibraltar in 2001. She is married with two sons, and in her spare time, she writes.
In June 2013, Jaimie published her first book, Take a Breath, with the second released in November 2013. With the reviews, Jaimie took time out to read and learn how to become a better writer. She gets tremendous enjoyment out of writing, and even more so from the feedback she receives.
If you would like to send Jaimie a message, please do so by visiting her Facebook page