Release Blitz for Kelli Callahan's Surrender To Them Anthology 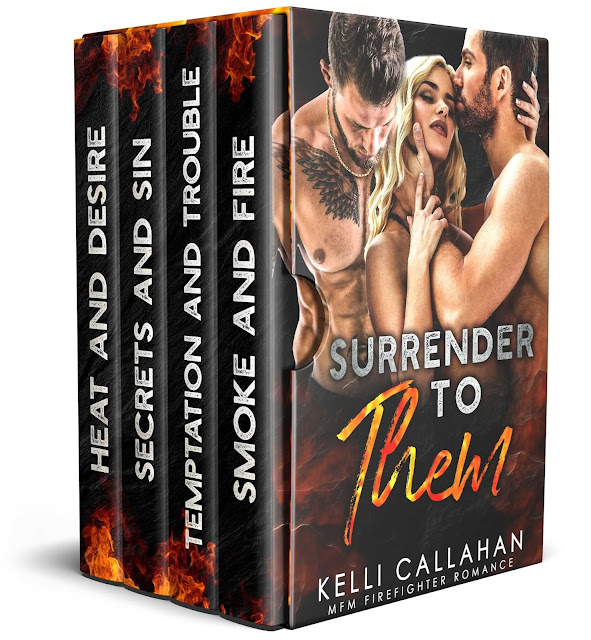 This anthology will light a fire that burns all night long.Get the first four books in Kelli Callahan's bestselling Surrender to Them series!Smoke & Fire: Two hot-as-sin firefighters rescue Kayla from a fire that she started by accident, but the embers reveal secrets that could destroy everything. Trent and Chase are alpha AF, and they love to share. When the gorgeous girl they rescued turns out to be a natural brat, they have no problem gives her a taste of the discipline she craves. Smoke & Fire comes with a special extended epilogue that is only available in this anthology.Temptation & Trouble: Kacey is on a downward spiral but a chance meeting with her father's best friend, Harlan, awakens feelings that she's tried to forget. When she hits rock bottom and he offers to let her move in, she's hard pressed to turn him down. A taste of discipline is long overdue and when she realizes that his roommate Gabe is the kind of man that has no problem putting her over his knee, she finds herself drawn to both of them. What happens next? You'll have to read to find out!Secrets & Sin: Brianna is captivated from the moment she first looks into Dante's mesmerizing eyes. He recognizes the need to surrender that lingers beneath the surface. He pulls her into his world, one that is filled with delicious sin, but riddled with secrets. She's everything he craves, but she might be the one person that can help his best friend, Shane, escape the darkness that has consumed his heart. Can he learn to share?Heat & Desire: Wendy has been in love with her best friend's father for years. Some lines shouldn't be crossed, even when they are blurred by desire. Then a mistake puts her in his arms and secrets from the past pull them together. The biggest secret of all? He likes to share...Kelli's Note: These stories are hot, steamy, and they might melt the paint off your walls before you can turn the page. All four books are MFM and all about her. Can you handle the heat? Can you Surrender to Them? 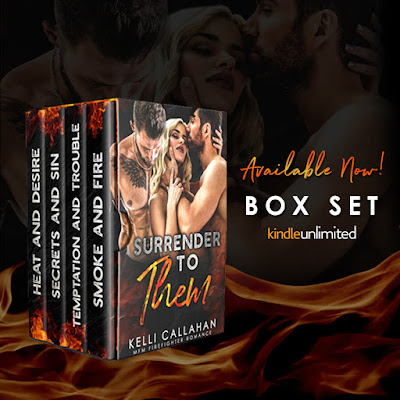 Kelli writes hot and steamy romances with delicious alpha males who will not stop until they get the women they crave exactly where they want them. Kelli's heroes are tough as nails, hot as sin, and underneath the rough exterior is a heart of gold begging to be unleashed. If you think you can tame them, you're probably right, but it won't be an easy journey.

Make no mistake, Kelli's stories will give you the happily ever after you need, but they're also steamy and packed from cover to cover with exactly what you're looking for late at night when you leave your panties by the door.