Release Blitz & Giveaway: The Man in Black by Jami Denise 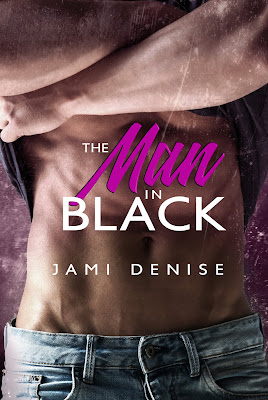 Winona Harper’s life had hit a wall going eighty miles an hour. Cash Duvall wants to be the man to fix her up.
I left Texas jaded and betrayed, but determined to prove I had what it took to make it in New York. Six years later, I’m back where I started, and twice as bitter. The last thing I need is the cocky, mysterious new guy in town throwing me off course with his sultry eyes and tight Levi’s.
Winnie Harper walked into my shop with a flat tire, a broken stiletto, and a chip on her shoulder the size of Texas. She lit a fire in my loins I couldn’t ignore, not that I was trying. I had no business messing with a girl like Winnie, but I was going there anyway.
We were both running from something. I just needed to steer her in my direction so we were going the same way.

As I dug around in the glove box, I heard someone chuckling behind me and froze. I bit down on my tongue so hard I could taste blood. I was just about to turn around and attack, until I heard his beautiful voice behind me.
"Now, that's a view," he said.
Holy shit.
My belly vibrated with want at the sound of his low, husky voice. It was gravelly. Manly. I had never heard anything like it.
Then, his words registered in my brain, and realized I was bent over in my truck, flashing a stranger my bare ass.
I scooted myself from the cab and turned around quickly, covering my butt with my hands. I pressed myself against the cold steel of my truck and took a deep breath.
I forced myself to look up at him, and the only description for the man was pure perfection. He was not at all what I was expecting to see. Not in Rust Point, of all places. He stood in front of me with a wry smile, his muscular arms crossed tightly over his chest and an easy stance. I blinked several times, trying to focus on what had to be the most gorgeous man I’d ever seen. His light eyes danced with humor, and as I tried to figure out if they were blue or green, or a little of both, I realized those same eyes had just been staring at my mostly bare ass.
I wanted to die.
He was confident and sexy as hell. He stood firm, thick legs shoulder-width apart and his back steady and tall. He wore a pair of worn Levi's and a light blue work shirt with an embroidered patch above the front pocket. The black T-shirt underneath hugged his strong chest. His black work boots were scuffed and worn, and I had never been so turned on by black boots in my entire life.
He screamed man. And sex. And at that moment, so did my brain. My gaze slowly worked its way back up to his face, and those eyes were still sparkling with mischief. His mouth should have been illegal. I wanted to suck those soft lips into my mouth.
There was nothing, and I mean, nothing about him I didn’t want to touch. My fingers twitched, wanting to trace his chiseled jaw, and run through the rough scruff of his beard. I imagined nuzzling my cheek all over it, and then working my way all the way down and back again.
My pinky gave another flicker when I noticed the thick dark hair peeking out from under his ball cap. There was a hint of salt and pepper at the temple and I wanted to rip that hat off his head and play with those waves.
And rip his T-shirt off and rub his hard pecs. And his thighs. Thick, muscular thighs that pressed against the worn denim. And his strong arms… 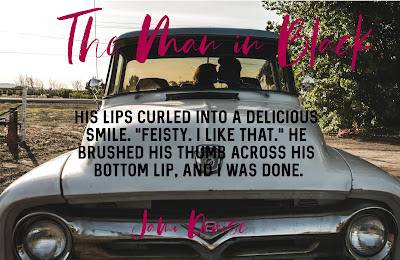 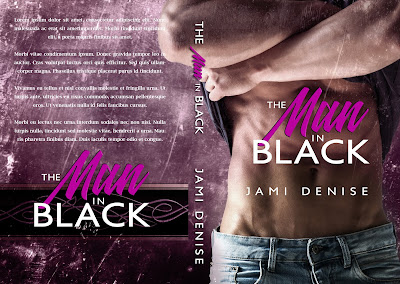