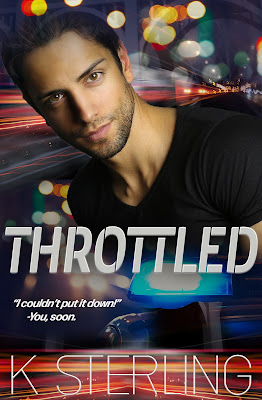 Jack Walden, "Wal," has it bad for Marco, the talented, sexy auto mechanic-slash-vintage car restorer he had a brief relationship with. So bad that he regularly fakes car damage just to have an excuse to be around the man. Wal can't muster the courage to tell Marco how he feels and that he wants another chance, even though watching Marco date drives him crazy with jealousy.


Marco Costa has tried getting over Wal by getting under other men, but it's useless--the aloof detective etched himself in Marco's heart. But Wal's too closed off and married to his job, and Marco wasn't satisfied with always being second in the man's life. They're better off as friends, or so he tries to convince himself.
When a missing persons case Wal is investigating strikes too close to home, Wal realizes nothing is what it seems...and protecting the man he loves becomes a high-stakes fight when he isn't sure who he can trust. 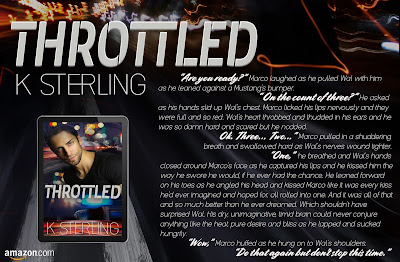 K. Sterling is just a very tired and anxious woman with a MacBook who writes to save her sanity. Writing also allows her to stay home and care for her dogs, Milo and the awful Otis, and one very abusive cat, Luna. K. has two teenage daughters who are the most teenage daughters to ever teenage and responsible for all of K.’s premature grey hairs. She also homeschools her teenage son, Alex. Alex has severe autism and is the inspiration behind K.’s most beloved character, Dr. Aiden Sharp. Before all this magical romance nonsense happened, K. served in the U.S. Army as a counterintelligence agent then went on to teach CI Investigations before changing careers and becoming a stay-at-home mom with Alex and the gang. K. has been married for many, many years to Mr. Sterling and he is currently leaving his very long career in counterintelligence to narrate his wife’s audiobooks. And other things. 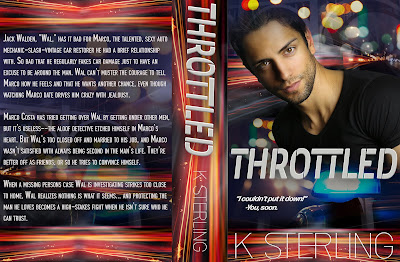