Release Tour Package: The Devil has a British Accent by ZN Willett 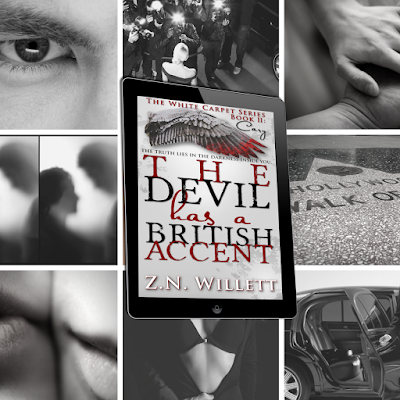 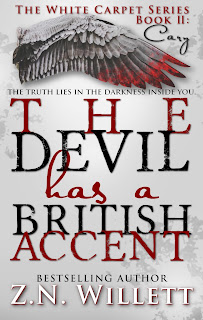 For Lauren Moreau, the truth trapped her, the lies and deceit ensnared her.
What she knew to be goodness and love, now a fairytale of despair and hopelessness.
The love of her life, Cary Baine, was an Angel.
Her boyfriend, Jackson Cruz, a demon groomed by Hollywood.
Everything she believed in wasn’t real.
Blending in, in a city as large as Paris, was Lauren's only sanctuary. A sanctuary built out of glass with the illusion of strength, protection, and sanity she wore around her. However, when Jackson surprises her, her simple Parisian life is over with a snap of a lens. Hollywood had found her, and the glass she safely looked out into the world now feels like a cage. Old rumors surface, and as Lauren fled her new life, she failed to see the crack in the glass.
Lauren is forced to accept the assistance of Cary Bain and struggles with her feelings toward him. The love that was buried deep inside her begins to stir the closer they become. She starts to feel hopeful about their possibility. Hope for a maybe or a someday until Cary introduces her to his new girlfriend, and the crack in the glass grows bigger.
Brokenhearted, Lauren begins down a darker path. Once driven by love, faith, and hope, now the innocence of her youth will be tossed aside. New friendships, desires, lusts, and gratifications will awaken.
Yet when the crack breaks the fragile sanctuary she created, Lauren will have to decide to accept fate or bleed as it all crashes down.

When I opened the door, Jackson pushed it shut, pinning me between him and the door.
Everything became a blur when he placed light kisses up my neck, inhaling deeply when he circled my ear with wet lips. I placed my hands on his chest to push him away, but my hands weren’t
following orders. My mind was screaming stop, but my body told it to shut up.
His hands slowly coming up my thighs, one laid hold of my ass as the other found refuge on a breast. He nuzzled his way to my lips and hovered over them.
“I miss you.” He kissed softly. “So much, Baby.” Then harder. “I want you,” he moaned.
What the hell.
I grabbed his head, pulling hard and kissed him like never before. It was all lips, teeth, and tongue.
I wanted him.
My body was painfully on fire, kissing him harder to quench the flames that grew hotter.
But the harder I kissed, the more painful it got.
I clawed into Jackson’s chest, and his hands gripped me so tight, it hurt. Then I saw his face in my mind again.
Cary.
It jolted me out of the lust-induced fog. I pushed Jackson back while we both caught our breath. His eyes burned fire, and I could imagine what mine mirrored. He pushed forward to continue, but I stopped him.
“This is wrong.”
“Why are you fighting this?”
Our eyes stayed locked as the lust-filled air around us calmed down.
“Jackson, I can’t do this.”
His expression turned to anger. “Why do you play these games, Lauren!”
“It’s not a game. I’m sorry, Jackson. I just saw you and—.”
“I always wanted to see you! It was you who prevented it.” 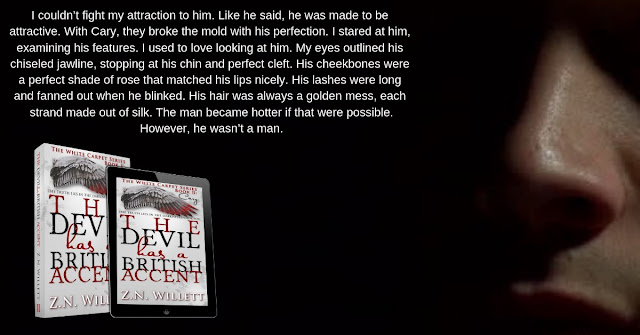 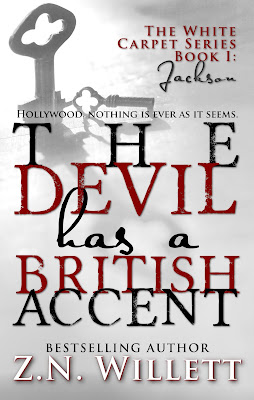 Bestselling author ZN Willett first started sharing her contemporary romance The Trouble with Dating a Movie Star online. Receiving an overwhelming response of over two million reads, she created the Red Carpet Series. The Red Carpet Series showcases a unique perspective spotlighting Hollywood from the inside and Hollywood continues to be a focal point for her novels. ZN enjoys creating heroines who are strong, intelligent and true to themselves. Alpha male heroes who are flawed, yet desired.
Her passion for all things romance first led to a career as a wedding and event coordinator, organizing high-profile and celebrity events. Currently she has added her love of travel and writing to her career path.
ZN is a northern girl, but a southerner at heart, with a deep love for all things shoes. She will happily admit that she's a sappy romantic who still believes that love can truly conquer all. 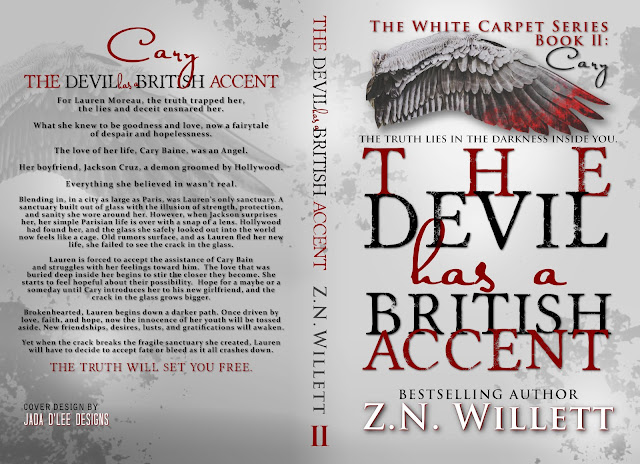