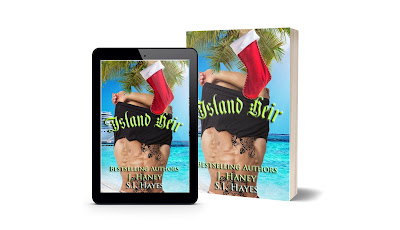 Left at the altar on her wedding day, Autumn Elizabeth Ashley, angry and broken hearted takes off on what should have been her Honeymoon with her Maid of Honor and best friend Nadia Havarti.
Autumn tries to just drown her sorrows, but Nadia won't stand for it. Instead, she helps Autumn to remember what single is supposed to feel like. So, when a strapping mountain of unidentified local man shows interest, Autumn takes a cue from her BFF with the repercussions to match.
Dalian Emeterio grew up between worlds. His family moved from their Pious and beautiful home in Georgetown, Cayman Islands to the United States when he was just a boy. Memories of his birthplace lead him to dream of one day opening a place on the island letting him take care of the parents that worked so hard for him.
One winter night while working at a Rum Point Hotel he meets Beth and the sparks fly leading to an explosive New Year. Waking along on the sand he thought he'd never see her again.
Ten years have passed, he is now the owner of The Georgetown Heirs, a chain of intimate hotels along the most popular Port of Calls in the Caribbean, Bahamas and the Western Atlantic.
Faced with the woman who left him on the beach, he's about to find out that getting what you wish for always comes with strings. 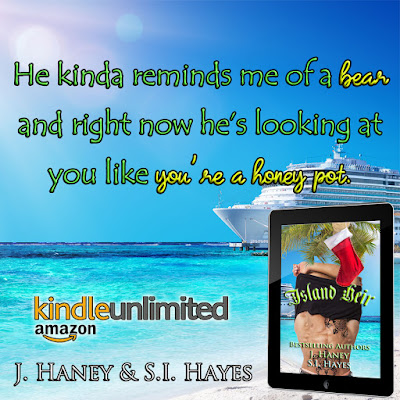 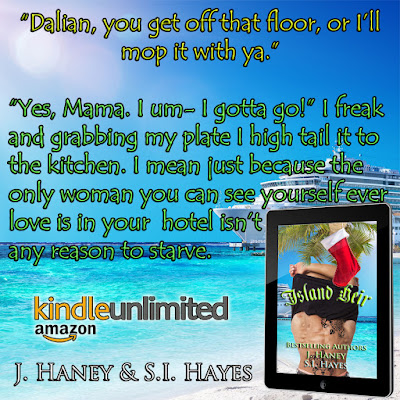 Island Heir is the first book by both of these authors that I have read. I loved reading and following Autumn and Dalian's story. When they first meet, she is on her honeymoon with her best friend after the groom leaves her at the altar. They meet again ten years later with emotional twists and turns. I found the book a joy to read and look forward to reading more from both authors.