Release Blast - MY ALWAYS ONE by Aleatha Romig

When we were young, Samantha Anderson was the girl down the street. For as long as I remember, she’s been my partner in crime, in adventures, and in almost everything. Sami is fun and sexy, my greatest confidant, and my best friend.
From early on, we vow that our relationship will never change—through thick and thin, we’ll remain always and forever in the friend zone. We will not cross that line.
After all, I’m not a forever kind of guy.
Then that line blurs.
We amend our agreement.
Best friends become friends with benefits.
Is this new agreement the key to our future? Or will I lose my best friend?
MY ALWAYS ONE is a new, fun, and sexy friends-to-lovers contemporary romance. A steamy stand-alone, MY ALWAYS ONE is not connected to any other of Aleatha’s Lighter Ones and may be read on its own.
Grab Your Copy Here:
Amazon US | Amazon World | Apple | Nook | Kobo | Google Play    Paperback
Have you been Aleatha'd? 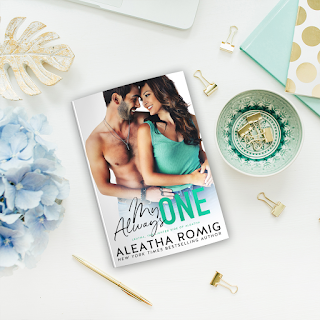 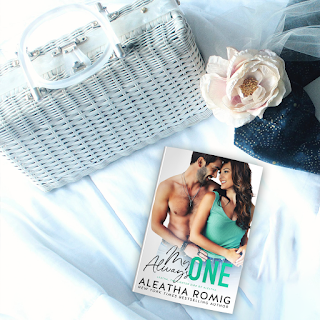 This was such a great book to read I read it in one sitting. Marshal & Sami’s story was sweet, sexy, heartwarming and funny. Their long relationship as friends was extremely well written with a few flashbacks to when they were younger. I like when authors take the time to do this as it seems more believable to me as a reader.
But hands down the best part for me in this book was when Marshal comes to the realization that his player days are over. I am always just about beside myself whenever I read this in romance novels. It is one of the eleventy billion reasons why I love the romance world.
I voluntarily reviewed an advanced readers copy of this book.