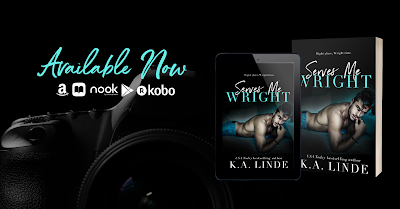 Release Date: July 20
A new standalone fake relationship romance set in the world of the Wrights from USA Today bestselling author K.A. Linde…
I never thought I’d say yes to a fake date.
Let alone with Julian Wright.
But I’m stuck attending my perfect brother’s doctoral graduation, and I can’t suffer through another round of parental disappointment. Julian has to go to a charity function he planned with his ex-girlfriend. We both need a date.
Yes, we shared one kiss in a darkened office to make his ex jealous. But it wasn’t real. Was it?
I’m sure I can get through this. Until we get to the house and there’s only one bed.
I’ve pined for Julian for three long years. More than my body is on the line...I need to guard my heart.
Because if I get hurt in our fake relationship, then it serves me Wright.
Grab Your Copy Here:
Amazon | B & N | Apple | Kobo | Google Play 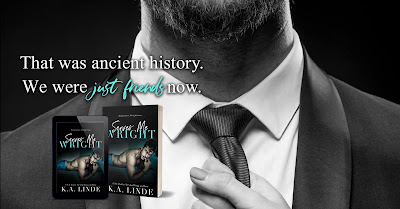 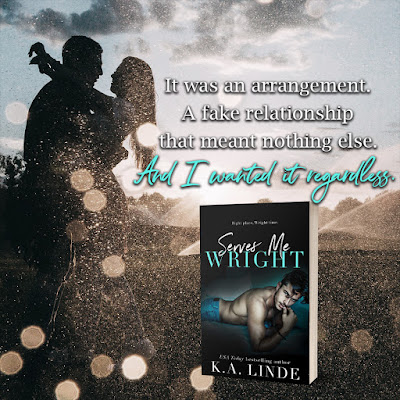 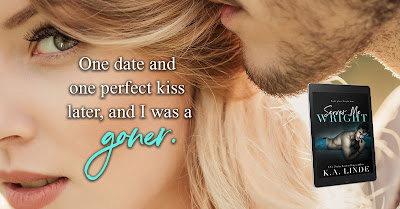 K.A. Linde is the USA Today bestselling author of the Avoiding Series, Wrights, and more than thirty other novels.

She loves reading fantasy novels, binge-watching Supernatural, traveling, and dancing in her spare time.
She currently lives in Lubbock, Texas, with her husband and two super-adorable puppies.
Visit her online at Facebook, Twitter, and Instagram @authorkalinde.
Join her newsletter for exclusive content, free books, and giveaways every month.

Jen is an anxious, nerdy girl that uses her camera as a shield. She hides her feelings well until circumstance throws them together to help each other out.
Julian is a workaholic that doesn't want to make the same mistakes when it comes to relationships, so he tends to avoid them, until a deal was made. It's just a fake for convenience.... or is it?!
The first I've read in this series. I'm a sucker for a well written family series with all sorts of drama and anxiety that leads in to the main relationship. I have a feeling this is going to be one of those series. Now I just have to make time to go back to the beginning and meet them all.
Well I am about 8 books late to the party with this series. It does definitely read as a stand-alone but there were at times at the start of the story I was a bit confused with which character was which and who they belonged to but it didn’t take me long to put all the pieces together.
Julian & Jennifer probably had a chance to be together four years ago, but maybe if it did happen for them then they wouldn’t be where they ended up by the end of the story. I liked these two as a couple. They just seemed to click so well and supported each other through ups and downs. Both hid a secret from the other but I thought it was written well with how they were resolved. Would definitely read more from this author and will probably go back and read those 8 books I missed.
I voluntarily reviewed an advanced readers copy of this book.