Book Blitz & Giveaway ~ Runaway to the Keys by Miki Bennett 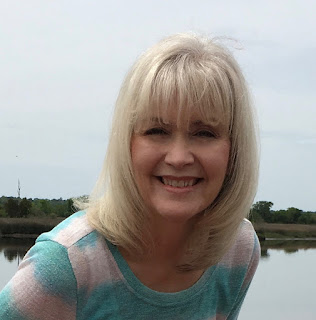 Miki Bennett is a stay at home wife who has an intense love for the beach. Her passions include art and various crafts where she has won numerous awards over the years. She also calls herself the resident family tech geek, always checking out the latest gadget that comes out on the market. Most of all, she loves visiting the beach as much as possible, trying to fit all family vacations close to an island or beach if possible.
Miki began working for her parent’s family business when she was just eight years old and continued until they sold the company in 2007. At this time, she wasn’t sure of her next step in life and started learning as much as she could about the things that interested her the most: website building, painting with acrylic paints, new crochet techniques, photography, and many other venues trying to find out her next stage in life. This lead to her newest pursuit: writing.
She lives in Charleston, South Carolina with her husband, Jeff and their little dog Emma. They are a blended family with three grown children thus consider themselves empty nesters. Miki graduated from high school and went on to the College of Charleston but her interests were so varied that she couldn’t decide on a particular degree so she decided to learn on her own. Her life long pursuit of knowledge has lead her in many directions.
Miki is also a cancer survivor after having treatment in 2002 for Uterine Cancer. In 2013, she was diagnosed with Mastocytosis, a rare, incurable disorder in which patients can have life threatening allergic type reactions to the simplest things even though they are not truly allergic to the item: food, water, sun, heat, cold, sound, etc. Miki had lived with symptoms since she was a teenager but was given one diagnosis after another ending up with twelve different ones before she found the true cause. And since she looked fine on the outside, many didn’t believe she truly was ill. Once receiving the correct diagnosis, she is now on a mission to help others who deal with “invisible diseases” since these can be so hard on the patients. To the outside world patients look perfectly healthy though inside they deal with symptoms both physically and mentally. 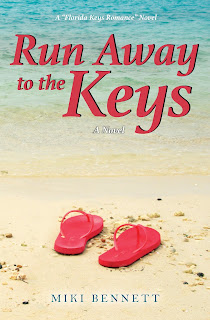 A handsome marine biologist comes to Key Largo and meets a beautiful and vivacious boat captain. Sounds perfect, right?
Unfortunately for Garrett Holmes and Skylar Cartwright, meeting and falling in love isn’t all smooth sailing into the Florida sunset.
Despite their mutual attraction and growing feelings for one another, Skylar’s rocky relationship with her wealthy parents and Garrett’s jealous research assistant, Casey, make life plenty hectic for the new couple.
When Skylar’s ex-boyfriend, Andrew, appears on the scene, things get really complicated, forcing Garrett and Skylar to question if love is enough to sustain them through the social storms.

An engaging and spirited romance story set against the luscious backdrop of the Florida Keys, Miki Bennett’s third novel will sweep you away to a world of warm sun and emerald waters.

Snippet:
#1
“Is this the Sea Gypsy?” the man said to Skylar as he approached the boat.
“Yes, it is. Are you Garrett Holmes?”
“Yeah. Who are you?”
“Skylar Cartwright, your captain. Welcome aboard.”
To say that Garrett Holmes was just handsome did not do him justice. This man temporarily took Skylar’s breath away. His short, wavy dark-brown hair was a bit unruly but gave him a rogue look that was intriguing. The muscles that she could see since he was wearing a tank top and shorts were taut and tanned. He’s gorgeous, Skylar thought as the man continued to stand on the dock, looking at her as if she had lost her mind.
“You are the captain. No way!”

#2
“You’re going in the water one more time.”
The female voice came from behind Garrett. He spun around so quickly he almost became tnalged in his own equipment. Skylar had wrapped a towel around herself, but she still couldn’t hide her beauty. And for the first time in such a long while Garrett found himself thinking about something else––or should he say someone––while on a boat at sea. This woman, who was beguiling and also his sea captain, had tatally captivated him on his first day aboard, but it was not as if he would admit it to anyone.