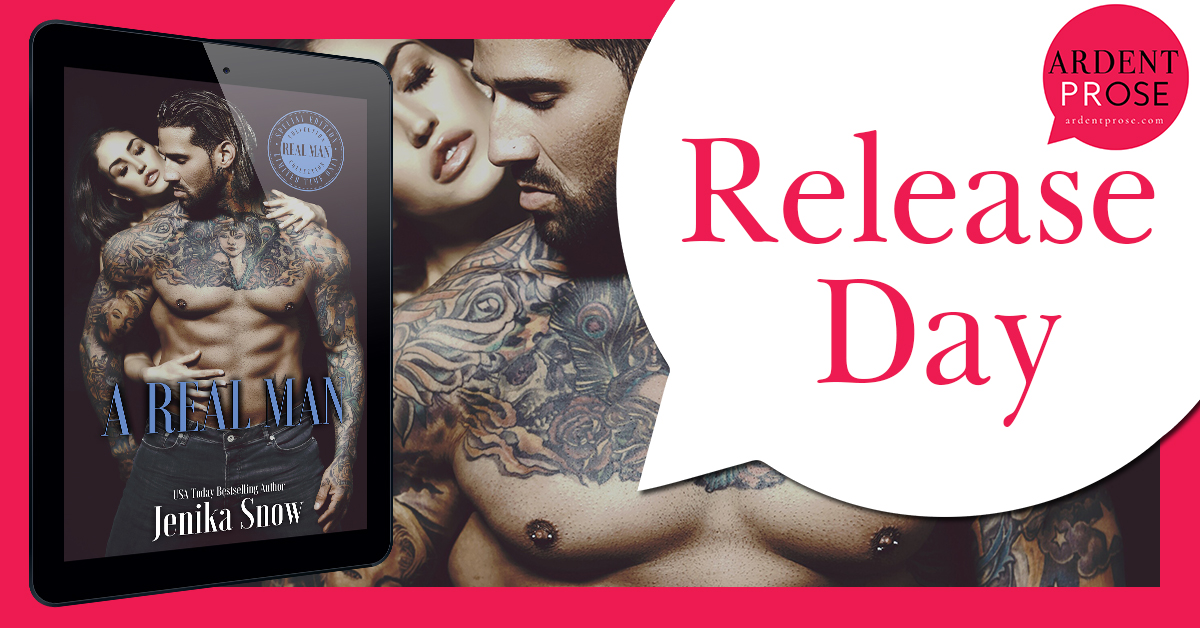 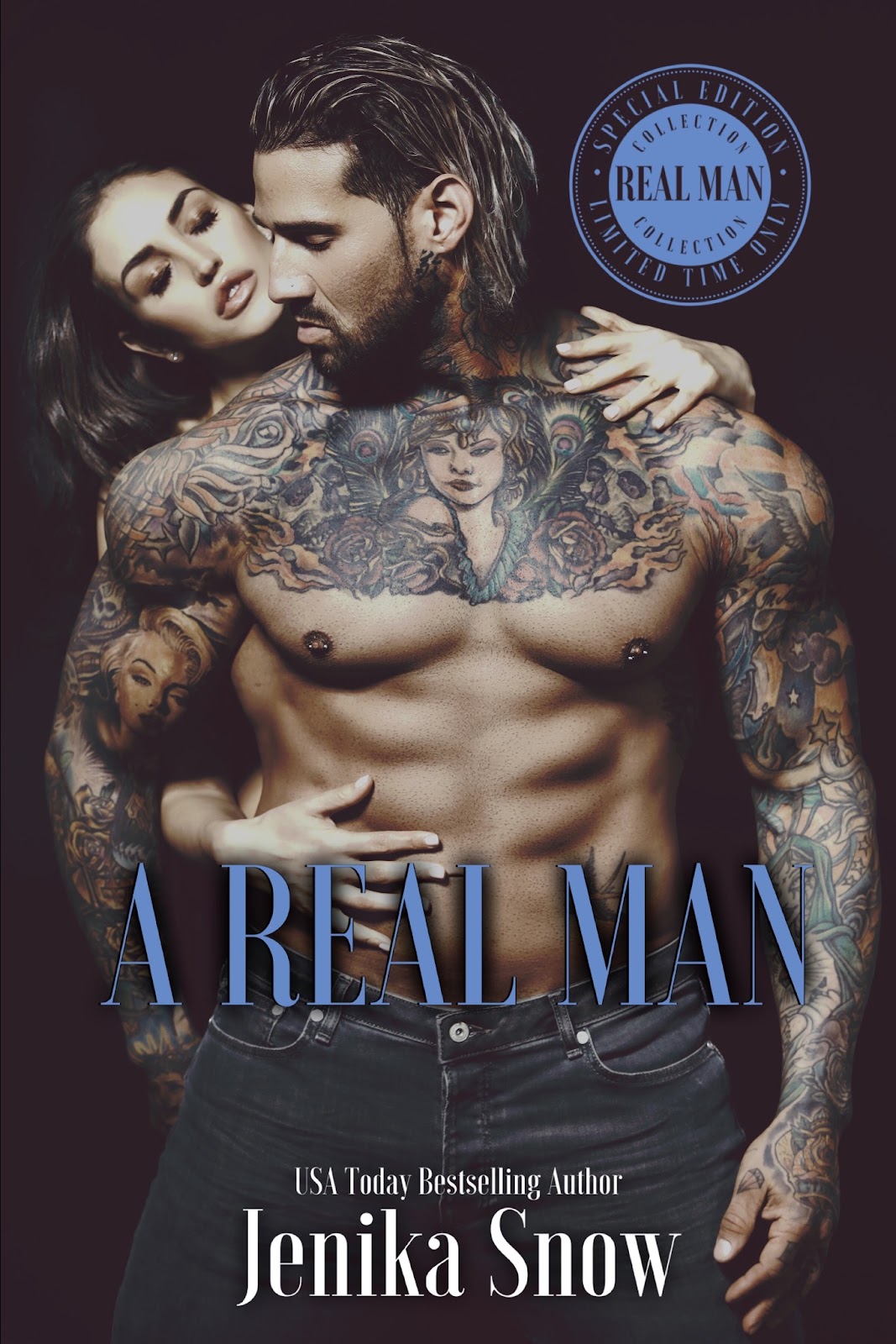 
The side of the house stopped our retreat. He shifted so I was now facing the wall. I liked the roughness on my back, the feeling of being helpless. He groaned, this rough, almost primal sound that had my pussy becoming so wet, my nipples so hard. I opened for him, sucked his tongue into my mouth, showing him exactly where I wanted this to go. If not for the alcohol running through my veins, I wouldn’t have ever been so bold or wanton, but right now this felt like the most natural thing.But he stepped away far too soon, and I was left feeling bereft, like a piece of me was missing. I touched my lips, the tingling and warmth that covered them reaching the very recesses of my cells. “What’s wrong?” I asked. “You don’t want me?” My cheeks heated at the idea that maybe he didn’t, despite the vibes I got from him and the fact he’d invited me out. I also blamed the alcohol for me opening my mouth and even asking.But Deacon had his body pressed to mine a second later. I gasped from the contact, from the feeling of his very massive, apparent erection currently digging into my belly.“Does that feel like I don’t want you?” He thrust against me, and my mouth go slack. “Does this feel like I don’t want to take you right up against the house, not giving a shit who saw?”I didn’t know what to say, so I just closed my mouth. He cupped my cheek, smoothing his finger along my skin and sending shock waves through me.“Tell me if this doesn’t feel like I want you.” He continued to smooth that digit along my face, over my lip, down to my pulse, which beat erratically.“It feels like you want me.” He growled out low, a sound that was so feral, so delicious. “Yeah, I want you really fucking badly, Maddie, but you’ve been drinking, and I’m not going to cross that line.” He stepped back then, gave my pulse one last smooth over with his finger, and dropped his hand to his side. “But we aren’t going there. I’ll call you tomorrow, yeah?”I nodded. Not only was he the manliest man I’d ever met, he was also a gentleman. I turned and unlocked the front door, stepped inside, and watched him. He’d waited until I was in the house before he left and went back to his SUV. I was still standing there long after he’d driven off, knowing that I’d fallen hard for Deacon, and that there was no getting up from it.

How about another taste?


I became even more aware of Axel sitting beside me. I could see him out of the corner of my eye, his chest rising and falling just a little faster, a little harder than normal. Was this having the same effect on him as it was on me?But I kept my focus on the TV. The couple started kissing, the woman’s moans exaggerated, erotic. And then soon they were naked, but of course we just saw the woman’s breasts. The couple started moving in a very sexual way, and I felt my face heat. I was a virgin, but I’d seen porno, knew all that went down in that category. But I was watching this with Axel, and that made me very aware of my surroundings, of how my body was reacting.I found myself looking at Axel. His body looked hard, not in the normal, powerful way but in the way that told me he was tense. And then he turned his head and stared right at me. Our eyes locked, the heat in the room seemed to increase, and I felt beads of perspiration dotting my skin.My body was reacting in a way only Axel could make it. My lips felt too dry, my tongue swollen. The sound of the couple having sex seemed to be amplified in the room, and although it was a cheesy movie, the sex scene something on late-night cable, I was so turned on.I was wet, my panties damp, my body ready for Axel.I felt my chest rising and falling, the chemistry clearly moving between us, making me think maybe he felt the same way for me. Surely friends didn’t react this way just because some sex scene was on the TV.And when I saw Axel look down at my mouth, I found myself lowering my gaze to his lap. There, pressing against his jeans, was a massive erection. My throat tightened, every part of me tingled, and I found myself opening my mouth, about to say what I had wanted to for so long.But the words lodged in my throat.Is this really happening? Is this a moment between us?The longer we stared at each other, the more the blood rushed through my veins, the pressure in my body becoming almost unbearable.Before I said anything, Axel was up and leaving the room. I sat there, staring at the fading sex scene, hearing him in the kitchen getting something to drink.I stood, but he was back before I could even take a step. He held a beer out to me, the bottle chilled.“Everything okay?”He looked tense, like he wanted to say something. Maybe this had been in my head, the chemistry I felt, the moment I thought we had shared.“I’m good,” he said, his jaw tight. He sat on the couch again, took a long swig of the beer, and stared at the movie.I wasn’t going to wait, wasn’t going to let my fear override this. I had to start living for today, for the future.


Four Kilt Me (A Real Man, 12)
It had been a long time since I’d been with a woman—years, in fact—and never had I felt this kind of possessiveness and need for a female. I wanted Molly like a fiend. I needed her like I needed tae breathe.And as fast as this all seemed tae be happening, I couldn’t have slowed things down if I even wanted tae.I was so fooking hard, stiff as a lead pipe. I should have jerked off in the shower, but I kne’ it wouldn’t have helped. But even knowing that, I reached down and palmed myself. Of course I couldn’t help but picture Moly and what I wanted tae do tae her.Her glorious naked body on my bed—or hell, bent over a desk. Yeah, I could see her ready and willing for me, primed and soaked. I went back to picturing her on my bed, her legs spread, her pussy on display. Her fire-colored hair would spill over my pillow. She’d smell like me.She’d watch me quietly, waiting for me to tell her what to do. We’d both want it though. And that’s when I’d tell her to spread those pretty pussy lips for me.And she’d do so instantly.I closed my eyes and really put myself in the fantasy. I groaned as I felt pleasure shoot up my spine.“Say you’re mine, lass.”“I’m yours, Alastair.” Her flesh, so pink and wet, glistened under the dim lighting. She was so fooking ready for me. Only me. Her back was arched, and her breasts were thrust forward, the tips pink, hard. They begged for my mouth, for me to taste them, run my teeth and tongue along the stiff peaks.But I couldn’t move. “Touch yourself for me, Molly lass.”She obeyed so nicely as she brought one of her hands to her mouth and rubbed her fingers along the seam of her lips. Slowly, while still watching me, she sucked on one, then two fingers, mimicking the act of giving me head. In and out she moved the digits between her full, red lips.When she removed them, a resounding pop filled the room and caused my cock tae jerk violently. She moved her fingers down tae her pussy, and I held my breath.I watched as she played with her clit, rubbing the bud between the digits and making these little sounds in her throat. She was beautiful, and I’d be claiming that pussy like no other had before.A harsh groan left me when she slid her fingers down her clit, circled her pussy hole, and then shoved them deep inside. I held my breath as she pumped the digits in and out. Seconds of torturous pleasure washed through me as I watched her.Her high moan filled the room.I couldn’t take it anymore. I all but tore off my clothes and went to her. She pulled her fingers out of her pussy and presented them to me. I greedily sucked those glistening digits intae my mouth, tasting her, getting drunk off the flavor on my tongue.I let out a harsh sound as I came in my hand, my seed coating my fingers, my pleasure so fooking high I’d never touch the ground again. I opened my eyes, breathing out harshly, so damn needy for her even after I spent myself, that I kne’ being with Molly would be better than anything I’d ever experienced.And I was done waiting.

Jenika Snow is a USA Today Bestselling Author that lives in the northwest with her husband and their two daughters. Before she started writing full-time she worked as a nurse.