Release Day Blitz for Hot and Dangerous by Emerson Rose 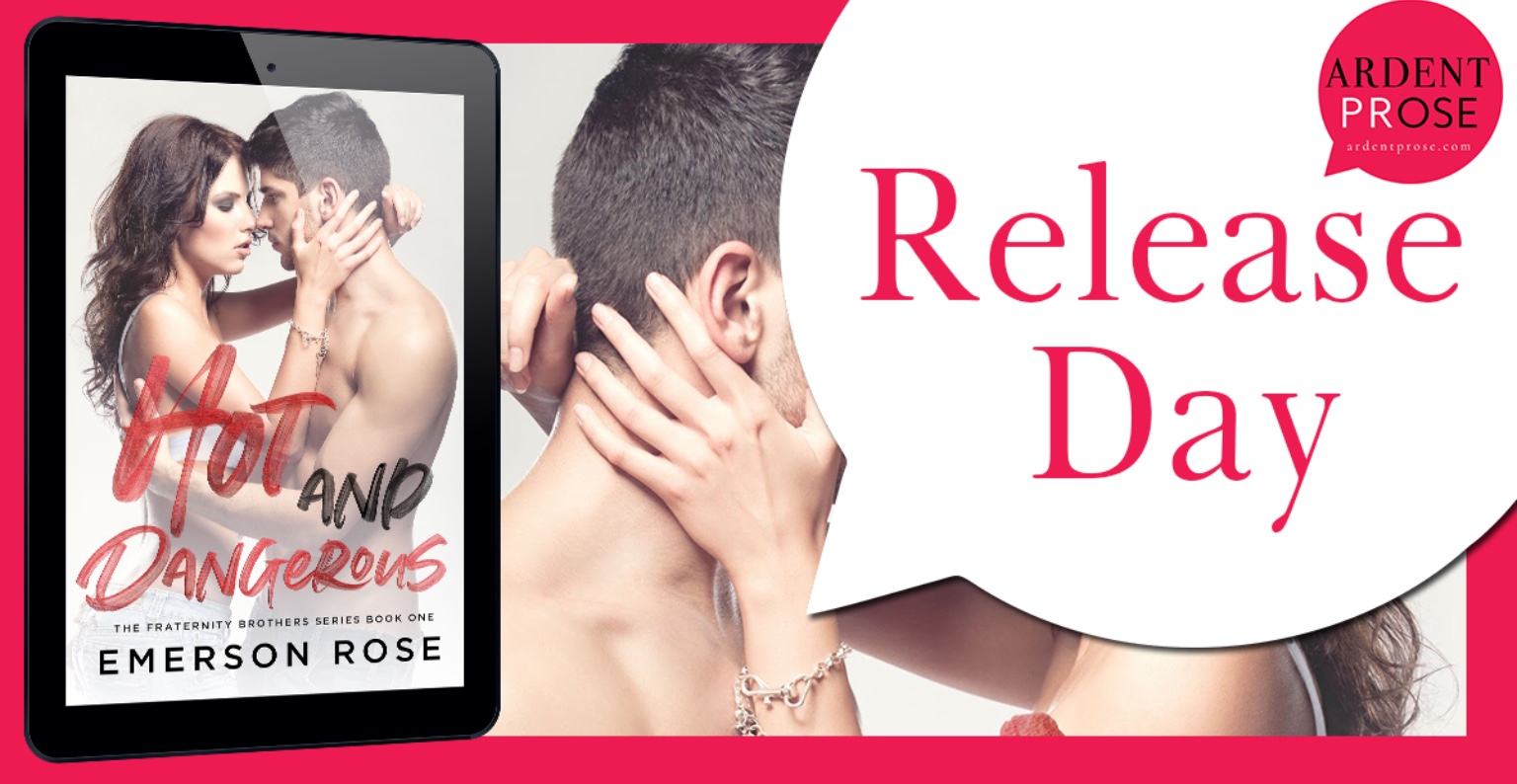 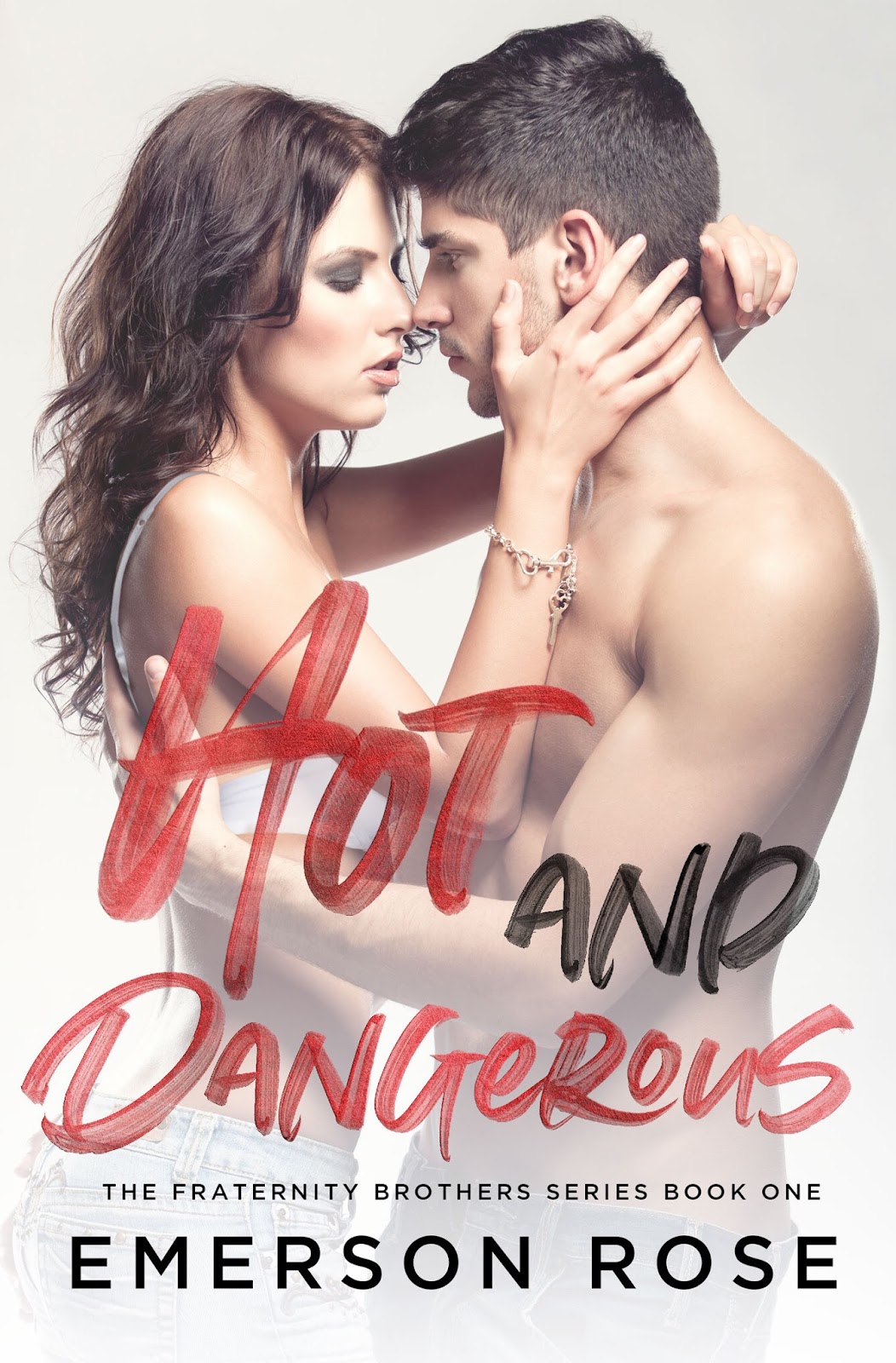 He needs a roommate, she needs a place to live.

She needs a place to hide …

When charming firefighter Hunter meets a beautiful woman at the DMV, he wastes no time making her acquaintance. When she mentions she’s new in town and looking for a fresh start, he does not hesitate in offering to rent the extra bedroom in his house. After all, he’s never been able to resist a damsel-in-distress and helping those in need is what he does best.

What begins as an innocent, well intentioned arrangement, blossoms into a passionate entanglement neither one of them saw coming.

It all feels right. His tight-knit group of friends think the world of her. And he can’t imagine going the rest of his life without Edie by his side.

But when her past comes to call and their love is on the line, Hunter’s save-the-world complex faces the ultimate test. Is love enough to save them both?


**Hot and Dangerous Book One in The Fraternity Brothers Series, is the first of seven stories. The series is about a group of fraternity brothers who continue to be best friends long after graduation, and the women they fall in love with. Each book is a full length stand-alone romance with a happily ever after and no cliffhanger**

“Hunter, you’re fired.”
I look up from my bunk that I’ve just made with military precision after my last twenty-four-hour shift for the week. “Uh, sir?”
Chief Sullivan stands tall and irritated on the threshold of the room with his hands behind his back. “You have failed to show proof of a Class A license, so I have to fire you. I’ve been telling you for weeks to get this done by today. Time’s up.”
Shit. I was planning on taking care of that three days ago, but I was busy hiding the fact that I’m going to the academy to become a full-time firefighter from my family. “I was going to take care of that today, sir.”
His brows shoot up, and his expression is doubtful. “You have until five o’clock tonight. Have fun at the DMV on a Saturday, son. I don’t envy you.”
I don’t envy me either. “Thank you, sir. I’ll make sure you have it before five.”
“You do that, or you really will be fired.”
I’m a volunteer firefighter. Technically, he can’t fire me, but hopefully, that will soon change—being a full-time firefighter, not being fired.
He turns to leave and pauses on his way out. “Everything all right with your family?” he asks.
No, everything is not all right with my family. They’re pissed they spent thousands of dollars sending me to Westview University for four years only to watch me throw it all away to play hero, as they say. Chief knows my family is less than thrilled about my career choice, and he’s always been supportive.
“They still feel the same way. Nothing’s going to make them budge, though. I’m not going to worry about it.”
He grunts in agreement and leaves me alone. There’s not much else to say.
I hadn’t planned on spending the day at the DMV. I was going to take a run on the beach, work out, and place an ad for a roommate. Dad refuses to help with the rent now that I’m not going on to law school as planned.
As he planned, not me. I never wanted to go to college in the first place. I’ve wanted to be a firefighter since I was ten years old when I rescued a kitten from a burning garage five houses down from ours on Grand Avenue.
I saw smoke coming from the Grady’s garage and heard Cleo’s meows. Like an idiot, I went inside and crawled around on my hands and knees to find her. Mrs. Grady was a nice lady, and I knew how much she loved that cat. I couldn’t let it die.
When I emerged from the garage, Cleo under my arm coughing and sputtering, gasping for air, I knew this is what I wanted to do for the rest of my life. Even after spending the night in the hospital for smoke inhalation, I wouldn’t shut up about being a firefighter.
My dad finally put his foot down a year later and told me under no circumstances was a Forrest man going to work a blue-collar job. I didn’t know what that meant other than I wasn’t allowed to talk about being a fireman anymore. Dad said I was going to be a lawyer like the rest of the family. Being a lawyer looked boring dressing in a suit, carrying a briefcase, working behind a desk on the computer, and spending time in stuffy old courthouses. No, that isn’t what I wanted to do—never was, never will be.
I step outside into the sunlight and shield my eyes. Another perfect day in California. Too bad I have to spend it inside waiting for a special license that says I can keep driving the huge rigs I’ve been driving for almost four years already. What a waste of time.

I love summer, the smell of clean babies, lilacs and swimming. I'm a Midwestern mother of five, Mimi of two and owner of three fur babies.

I spend my weekdays writing full time and raising my family.

I write about intelligent women and the stubborn men who love them.
I write about turmoil and conflict. I write about the most complex, convoluted emotion we as humans experience.

I write about love.