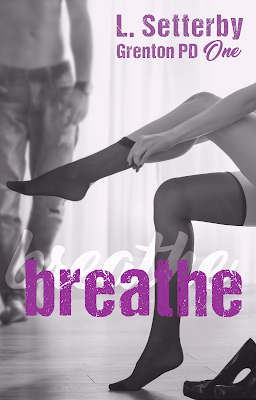 A GOOD MAN, FALLING APART
​
Small town police officer Simon Labelle repressed his attraction to sexy shopgirl Leona Chaisty for years. He's good at controlling his feelings—or he used to be, before the bombing that he can't solve, that he should have prevented. Now, after a chance encounter with Leona at the lake, Simon can't get her out of his head. All those high school fantasies roar to life.

A BAD GIRL, WISHING FOR MORE

Leona is drawn to the intensity in Simon's pretty-boy blue eyes. But he's a good man, and she's not just hopelessly kinky—she’ll never know how to love. Still, unlike everyone else, Simon acts like she might actually have a heart. The more time they spend together, the more she wishes he were right.

A CHALLENGE NEITHER CAN RESIST
​
﻿﻿﻿After a second unsolved case pulls them together, their sexual chemistry rattles them both, and hints at an unsettling fetish that Simon struggles to suppress. Leona pushes Simon to decide what he wants—whether to dominate, submit, or some mix of both—while Simon, already falling for his dream girl, finally gets her to admit that she's lonely.

Each challenges the other to reveal more, to cede control, to be vulnerable. But they're both more fragile than they appear. It's only a matter of time before one pushes too hard, and the other breaks.​

She handed him the bottle, and its scent struck him again, as difficult and as thrilling as Leona’s presence. He set it down on the bench between them with a clunk.

“First of all,” she said, raising a finger, “I hardly ever see you out of uniform. And even when I do, you’re always…I don’t know. Helping little old ladies cross the street or something. Right now you’re practically loitering.”

“I am not loitering,” he snapped.

“What are you doing, then?”

He opened and closed his mouth, then shook his head, frustrated. He no longer knew. That was the problem.

“What are you doing?” he managed finally.

“Well, I was jogging, but now…” She shrugged. “Loitering, I suppose. You must be corrupting me.”

“You don’t need my help with that,” he said, and immediately regretted it. He knew nothing about her personal life and never had. She was intensely private, even secretive, which had always just made her more interesting to him.

“You’re right. It was.” Her gray eyes glittered with amusement. “But it’s also accurate.”

Falling snow had begun to stick to the whiskey bottle’s brown paper bag, and to the sleeves of Simon’s blue fleece.

“Are you?” With a quizzical tilt of her head, she leaned in close and traced one gloved fingertip down his cheek like a tear. It was the first time they had ever touched, even by accident. His cold, numb skin sparked, and he couldn’t look away from her eyes, luminous in the fading daylight. This close, he could just catch the sharp, gingery scent of her perfume, mingling with the scents of whiskey and new snow. 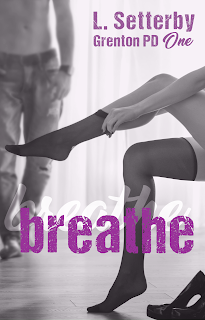 L. Setterby is a writer, lawyer, and life-long New Englander. She is apparently trying to write as many different kinds of romance novels as possible, including (as London Setterby) contemporary fantasy romances and Gothics. She also writes across the gender and sexuality spectrums. When not writing, she enjoys taking long rambling walks through various forests with her husband.