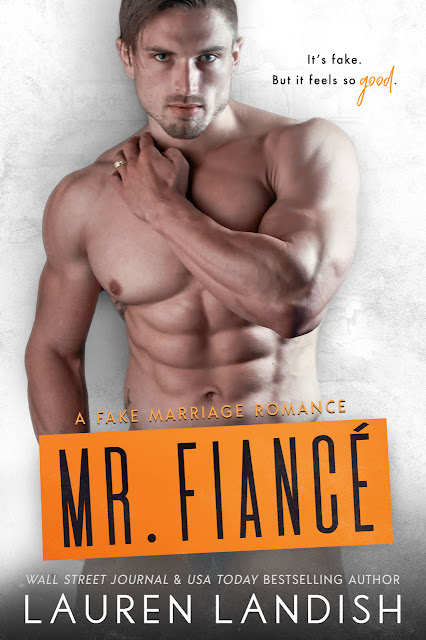 It’s fake, but it feels so good.

Oliver Steele is supposed to be my knight in shining armor. He’s tall, handsome, and as cocky as he is rich. With his good looks and charm, no one’s going to suspect a thing. No one’s going to believe our engagement is fake. But he’s taking this thing way too far. The way he wraps his arm around me like I'm his. The way he kisses me and presses his hard body up against mine. I almost believe that it's real. Almost.He's doing it on purpose now; he loves that this is getting to me. Two can play his game, though. I won’t let him win. By the time our week together is done, I’ll leave Oliver on his knees and begging.But the minute we’re alone in the bedroom, I know I’m in over way my head. When he undresses me with his eyes, I realize I lost before the game even started. It’s only a matter of time before I lose myself in his touch and let him do whatever he wants to me.I know what I want, but I can’t tell what’s real anymore.Mr. Fiance is a full-length Romance with an HEA, no cheating, and no cliffhanger!

I turn around to see him beginning to unbutton his shirt.

“What are you doing?” I ask, my voice unsteady. “You can’t be serious!”

He gives me a look before pausing. He’s got his shirt half opened, revealing a set of perfectly sculpted abs and tanned skin beneath.

“I’m unbuttoning my shirt. What’s it look like?” Oliver asks. “You know, I can’t exactly go to bed in a sports coat and khakis.”

My mind is flooded with thoughts of all the dirty, sexy things that could happen if I let them. I’d normally be down for a night of fun with a man like him, but I just can’t get over his cockiness. My pride’s getting in the way of a good fuck. But lying in a bed with him, only a few inches and some cloth between us? Asshole or not, his body is irresistible.

I grab myself by the arms, squeezing, trying to ward away the desire flowing through my body as the image of his lips burning into mine flashes in my mind. My pussy clenches as I remember the kiss that seemed to promise paradise.

I’m not caving on the first night. No fucking way.

I set my face like a stone as I stab a finger at the floor. “I think you should sleep on the floor for tonight. I’m not sharing a bed with you.”

Oliver looks at me like I’m crazy before letting out a chuckle. “Like hell. I’m a man, not a dog. If you want to sleep on the floor, be my guest.”

He pulls his shirt all the way off, tossing it to the side. In an instant, I have a full view of him. Every muscle on his torso is defined and flows like a piece of artwork from one to the next, and all of them are saying fuck me, Mindy.

My knees give a wobble as they become weak. Sweet baby Jesus. He is on fire.

I place my hands on my hips, trying to be strong. “Yeah, that’s exactly why I want you to sleep there. You are a dog, and I don’t fucking trust you.”

On one hand, I’m pissed that I can’t let my pride go. I want to get in that bed and lick him from head to toe, but beyond him being an ass today, I’m scared. I’m scared what would happen if I slept with him. And it’s totally not me. I’m on guard because he’s different. He feels… I can’t decide if the right word is dangerous… or special.

And he’s not really my fiancé, I remind myself. It’s pretend.

“When are you going to learn, Princess?” he says, walking over and placing his hands on my waist. “I don’t follow your orders.” He leans into me just a little, invading my space, and whispers in my ear, “And I think you like it.” I can hear the smirk in his voice. 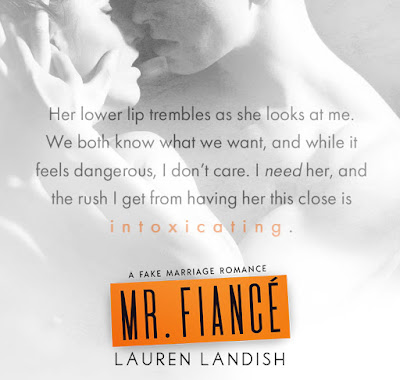 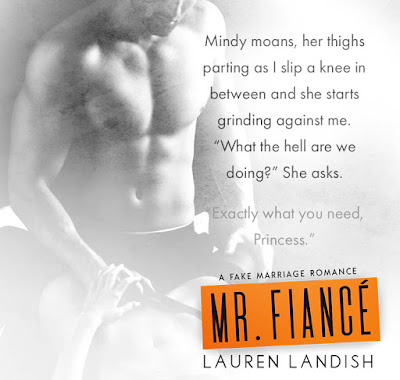 Lauren Landish is a WALL STREET JOURNAL & USA TODAY bestselling author and her books have garnered a legion of praise from her readers.When she’s not plotting about how she will introduce you to your next sexy as hell book boyfriend, you can find her deep, deep in her writing cave, furiously tapping away on her keyboard, writing scenes that would make even a hardened sailor blush.Lauren, who lives in NC with her boyfriend and fur baby, warmly invites you to her worlds of rock hard abs, chiseled smiles, and men with deep, fat pockets…but beware! These stories are guaranteed to have you addicted and needing your next fix!