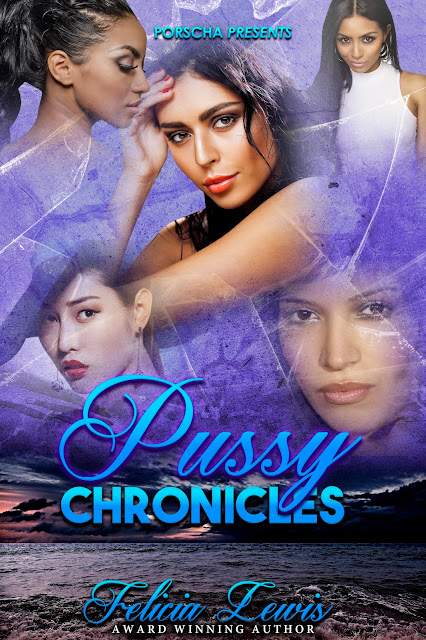 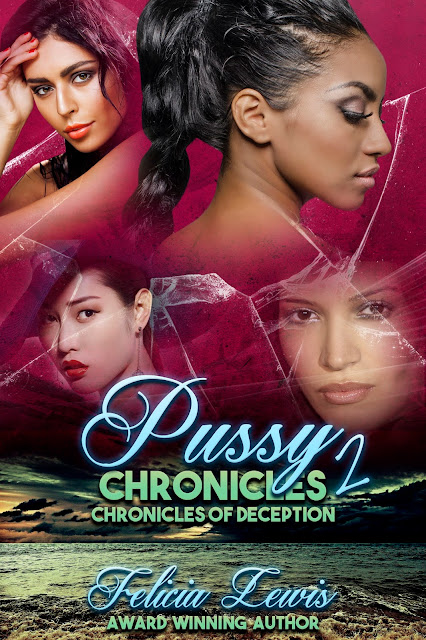 Eva runs a prestigious sex club in Pittsburgh, along with her four other friends. She would have never dreamt that it would have turned out quite like it did. Chaos, Drama, and Death, how was she going to get out of this mess that she has created for herself. Not even the judge who was helping her keep the Pussy Chronicles up and running was going to be able to see her through this. There was only two ways out, one was a guaranteed prison sentence the other was the ultimate price to pay death.

Just when you thought the dust had settled, and their lives where getting back to normal. Out of nowhere the trickery had began again. What was happening to Pussy Chronicles? Who was going to be in charge? Why was Samantha always here? What really happened to Candace? Could Eva have put us in so deep that no one no longer wanted to be affiliated with us. How were we going to keep our establishment open and regain the respect that we once had. Samantha has some shit up her sleeve. Her deceptive demeanor has baffled us all. It is seemingly never ending. Chronicles of Deception would be more appropriate. The fire in their eyes was still there, the heat between their thighs had to be put out. We offered all that and more. See how it all turned around or did it... 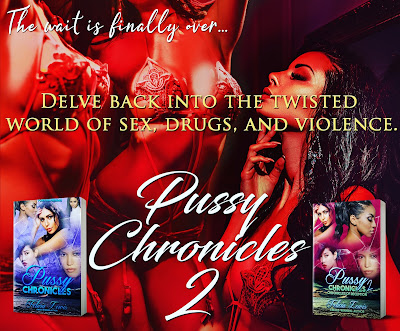 Being from Pittsburgh , Pennsylvania, I have been through and have seen a lot. I read everything I could get my hands on at a young age. I began writing at the age of 13 years old. I always knew there was something different about me and I had a gift to share. I processed things differently in my mind. Teachers, elders, and people I had conversations with asked how I thought of such things. My response was, “My mind speaks for itself. I follow what it tells me to do and say.” With that ability, I can creatively write for readers of all races, nationalities, and cultures to be captivated through my words.