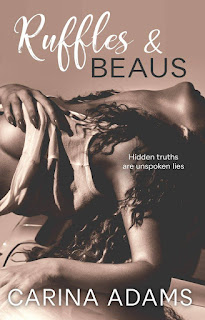 Every girl who dances on a pole has a story to tell, one that led her to the stage.
My last year of college was set to be the best yet. Only a few months stood between me and the life of my dreams. Until my manager was arrested for embezzlement, our department was wiped out, and everything fell apart. I needed a job. I was willing to do anything to pay for school, hoping to simply survive. Desperate, I joined Soirée, the private party company that offered something no other did.
I wasn’t prepared for Roman, the boss who thought I was helpless and hated me as much as I detested him. Or, his best friend Reid, who assumed I was tougher than I was and pursued me in a way no one else ever had.
I never used a pole, yet I took my clothes off as men cheered. My past didn’t lead me there, though.
My story began with the secrets I told as I fell in love with two very different men.
And continued with the lies I weaved to keep us all from breaking.

This book grabbed my attention from the start and sucked me right in. I finished it all in one afternoon because I HAD to know how it ended. Sooo many things running through my head and I was beginning to get nervous there for a bit but the author made it all right in my book. LOL Plus the epilogue...priceless! 4.5 stars 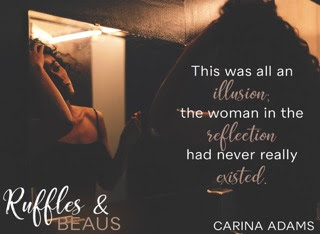 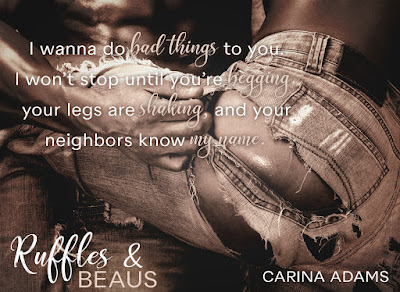 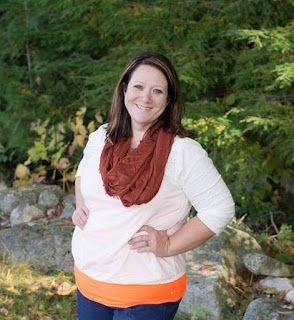 An avid reader who loves epic and unconventional romance, Carina has an unhealthy obsession with Jason Statham, loves the sounds of Johnny Cash and Willie Nelson, is the crazy friend your mom warned you about, and believes one day she will go through the stones to meet Jamie Fraser.
Carina has been writing and creating characters for as long as she can remember, allowing her to fall in love with the next man of her dreams with every new story. None of which are anything like boring Prince Charming. Thankfully, fate stepped in and granted her the ultimate wish - a life full of men. Carina lives in a picturesque New England town with her husband, the man who ruined the thought of all others, and two amazing sons who always keep her on her toes. 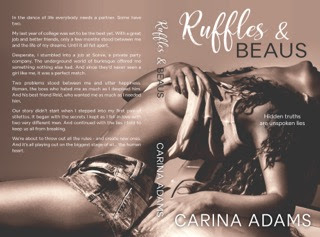