Zack is the total package. He’s young, intelligent, gorgeous, and he’s also the CEO of a very successful construction company. No wonder men despise him while women throw themselves at his feet.
When a friend insists Zack wouldn’t know a hard day’s work if it hit him in the face, he has no choice but to prove his friend wrong. But what Zack didn’t count on was getting distracted by the brown-eyed beauty from sales and marketing.
Claire is feisty, confident, and has the potential to become a huge complication. Yet he can’t stop wanting her in ways which are completely inappropriate since…well, he’s her boss.
But she doesn’t know that. Not yet, anyway.
So, for now, he’ll keep his teeny-tiny secret and be her boss…undercover. 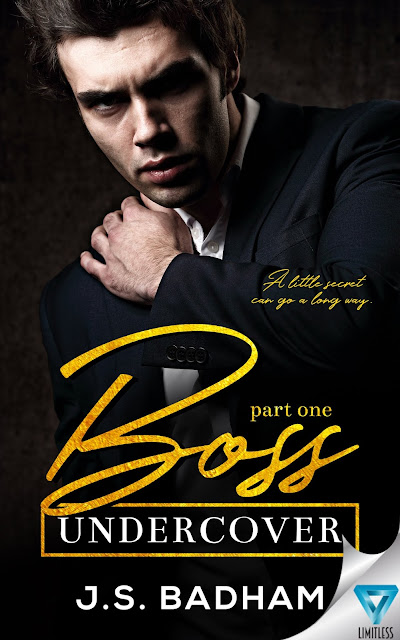 Oh, minus one for her. Bonus points for his apparently egotistical self. She did drop them, not because he startled her, because she heard him coming, but because Mr. Abs made a grand entrance. Literally. Oh, she would have paid her neighbours to have seen the mean pecs on him, the parallel train tracks chiselled to his chest, and that dangerous upside-down triangle leading into treachery. Oh, mother of pancakes. This was not good. “Can—” she cleared her throat, “can I help you?” Blinking, she looked anywhere but his chest. “The hot water. It’s different than the shower I had.
Do you mind?” he said, faintly grinning. It was deliberate. She knew he had her trapped, for the time being, where he wanted her. Did she also mention he was wearing nothing but a white towel riding low on his hips? No? “I suppose,” she squeaked, turning down the gas on the hob before following him to the bathroom. He stepped aside as she headed in, switched on the shower, and turned the dial slowly to the left. “Here,” she said, “you just have to turn it this way. It should have already been on hot, but I guess I forgot to change it when I had a cold shower,” she explained, slowly pulling her arm back from behind the shower curtain. “Oh, I see.” “Cool.” His hand went for his towel, immediately ringing alarm bells. “Whoa, whoa!” she exclaimed, covering her eyes. “I’m still here, y’know?” “I know.” She pulled her hands away, raising her eyebrows. His towel was still intact. “Keep it hidden, pal,” she warned. “There’s two people under this roof, you know.” Zack was biting back so hard. “Won’t happen, again, Ma’am,” he apologised, smiling as she daggered her eyes at him. She left then, hot-headed and disappointed at her female hormones. If there was one thing she wanted to be good at, it was singling out the jerks. She had barely become acquainted with the man and already he was gonna give her the full Monty show. 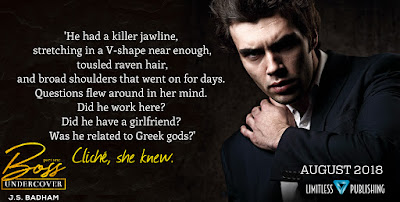 Romance is just one thing J.S.Badham cannot get enough of! Whether it’s the typical cliché love-at-first-sight or I-hate-you-but-also-love-you compelling stories, they’re always close to her heart! Most will probably see it as trash literature but love is what makes the world go around! So, why not romance?
Her spark for writing began at the age of fifteen; a passion ignited thanks to her favourite author, Rachel Caine (Morganville Vampires) encouraging her that writing is the ability to be able to share inner stories and connect to the world.
J.S.Badham’s journey began on Wattpad, her path continues to grow, she continues to learn hoping that some day she’ll share a story that is inspiring. 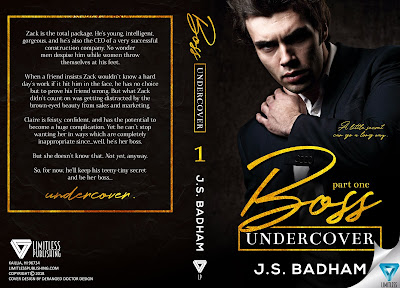