All he ever wanted was to matter to someone.
What he didn't know was that he did matter to someone. Someone that worried about him every day that he was gone.
***
Malachi Gabriel Gnocchi was missing for two years. Thanks to a mission gone wrong, not only had he been captured, but his best friend along with his fellow teammates has been taken, too.
He spent two years in hell, hoping and praying that one day he'd get to go home.
And one day he does. Only, he isn't the same person that left. Every single thing that make him Malachi is no more.
***
Sierra started writing to soldiers through the soldier pen pal program when she was in high school. Years later, she had no idea that the one soldier that she'd been paired up with in the very beginning would be the one man that would change her world eight years down the road.
When the letters from her soldier stopped, she knew that something bad had happened.
When they start back up again two years after the last letter, she thought that someone was playing a joke on her.
Only, that joke wasn't a joke at all.
The man on the other end of those letters is a man that's dying slowly from the inside out.
He's a living, breathing mess and there's only one thing she can do to help him.
Write him back and hope that she can bring him back from the dead. 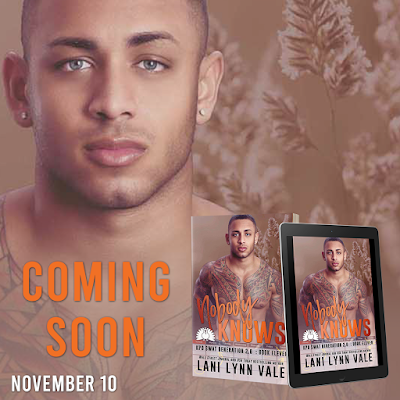 Meet Lani Lynn Vale
Lani Lynn Vale is a USA Today Bestselling Author of over thirty titles. She is married with three children, two dogs, two cats, a donkey, and a couple (a couple also meaning over twenty) chickens.
When she’s not writing, you can find her curled up in her favorite chair reading.