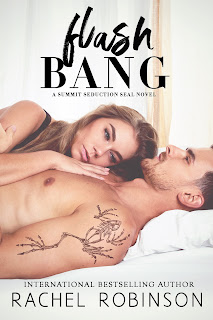 Maeve Ahern
No one ever really starts over. They drag their overweight suitcase filled with a haunting, dead fiancé, and unzip it in a new location. That’s just facts of life. At least, it’s my life. Sure, I moved to Colorado for a fresh start, but my past with Rexy looms in every corner light doesn’t touch.
My career as a pediatric physical therapist is the only thing I have left, and I pride myself on being the best in the field. It’s why I moved to Colorado to open my own practice. Men aren’t even on my radar, but then again, Turner isn’t a man, he’s my adorable, six-year-old patient. His father, though? He’s everything I swore off. A swaggering, muscle filled, creation similar to the one I lost.
He’s a Navy SEAL. A military man. A heartbreaking blunder I can’t make twice.
Unfortunately, whenever he steps into the room, all I see is light.
Lincoln Wilds
Single parenting isn’t for the faint of heart. It’s constant chaos, and the maddening sense of abandonment always lurks in the background. Turner’s mother left us a month after he was born—vanished into a dark, drug fueled existence. My military career suffered during his infancy stage, but I’m finally working my way back to some semblance of normalcy.
I just got my own squad at the SEAL Team, when Turner falls off the monkey bars and shatters his leg. Just another hiccup in our complicated life. He needs a skilled physical therapist to help him walk again, but when I meet Maeve, something about her disorients me completely.
Maeve Ahern is a walking, talking flash bang.
Add to your Goodreads TBR list!
On His Six is releasing March 8 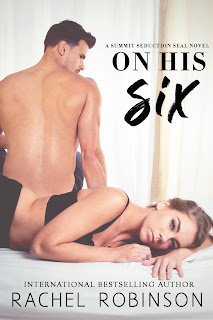 Blurb to be revealed at a later date.
Add to your Goodreads TBR list! 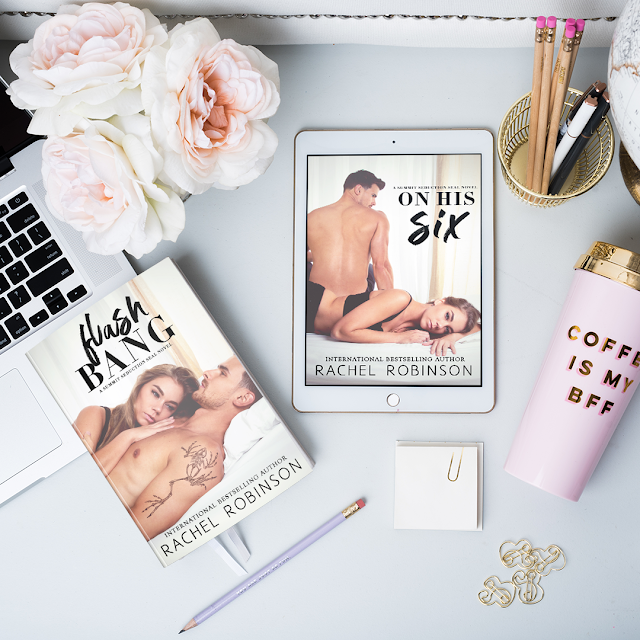 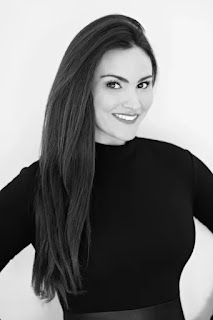 Rachel grew up in a small, quiet town full of loud talkers. Her words were always only loud on paper. She has been writing stories and creating characters for as long as she can remember.
CRAZY GOOD and SET IN STONE, and TIME AND SPACE, three of her Navy SEAL novels are INTERNATIONAL BESTSELLERS.
After living in San Diego, Virginia Beach, and then Fairfax, VA, she now resides in colorful Colorado with her badass husband, two children, her Sphynx cat, & her dog, Polly.
Connect with Rachel Robinson
Website | Newsletter | Instagram | BookBub | Amazon Author Page    Goodreads | Facebook | Twitter | Facebook Reader Group
Hosted By: