RELEASE BLAST WITH REVIEW - PLAYED BY THE ROCKSTAR by Christina Hovland 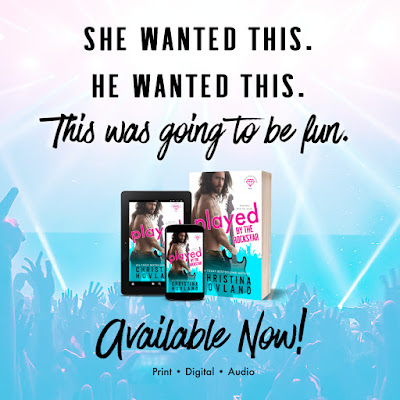 Release Date: February 25
He's a rock star.
She's a waitress.
He's about to rock her world.
Certified behavioral counselor (and former band groupie) Becca Forrester needs a break. Taking a leave of absence from her job, she moves into the apartment over her parents’ garage, and clinches a gig waitressing at a dive bar known for bringing in big name musicians.
Cedric “Linx” Lincoln is a certified rock star. Bassist for the hugely popular rock band, Dimefront, he’s in Denver while the band is on hiatus a-freaking-gain. He's looking for something—anything—to keep him occupied until they can all get back to making music. When he saunters into his friend’s bar, he finds the perfect diversion.
Becca’s presence is a breath of fresh air. The sizzle she ignites in him is precisely what he needs. Bonus: no-stress, no-strings hookups are his specialty. But when things between them tip toward serious, his band implodes, and Becca's leave of absence ends, they’re forced to decide what their “real” lives should look like. Maybe there’s room for an encore…
Grab Your Copy Here:
Amazon US | Amazon CA | Amazon UK | Amazon AU
Free in KU 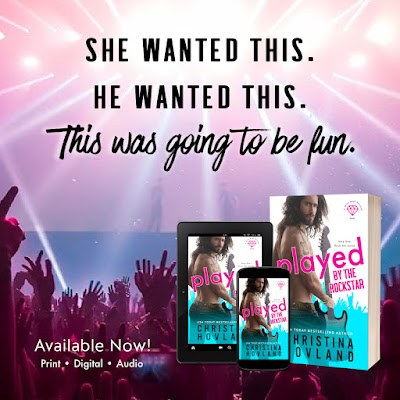 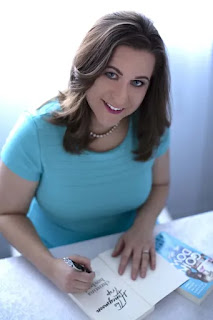 USA Today Bestselling Author Christina Hovland lives her own version of a fairy tale—an artisan chocolatier by day and romance writer by night.

Born in Colorado, Christina received a degree in journalism from Colorado State University. Before opening her chocolate company, Christina’s career spanned from the television newsroom to managing an award-winning public relations firm.

She’s a recovering overachiever and perfectionist with a love of cupcakes and dinner she doesn’t have to cook herself. A 2017 Golden Heart® finalist, she lives in Colorado with her first-boyfriend-turned-husband, four children, and the sweetest dogs around.

This was a fun rock star romance. Becca is looking to take a break from her therapist life, Linx (Cedric) is on a break from his band. Together the tension crackles and and the heat level is high. Becca and Linx go from one crazy situation to the next. There is hilarious awkwardness that just highlights Becca and Cedric's personalities and compatibility. I giggled, I swooned and was charmed by this story.

"He hummed along with her, the two of them creating a melody that worked." ~ Cedric