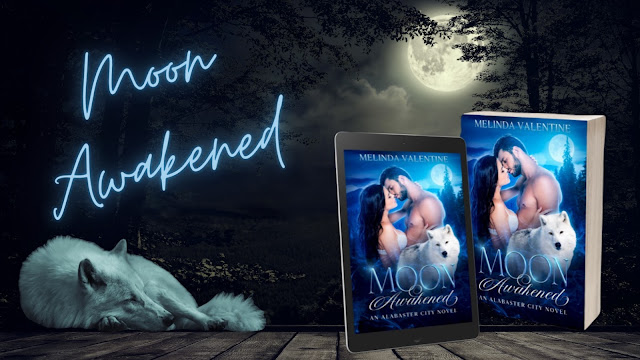 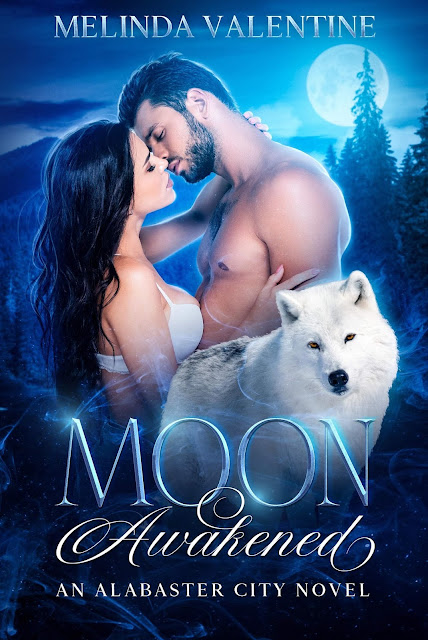 When a midnight assault leaves tough, independent bar owner Mackenzie Wolfe fighting for her life, everything she thought she knew about the world changes. The hot bartender she's lusted after is so much more than he appears. Her stalking ex-boyfriend is no longer her biggest problem. And she is no longer human.

Tall, dark, and all hard body, Riley Fitzgerald is a bartender in the human world--and the enforcer of the Alabaster Wolf Pack. When his sexy boss is attacked and changed into a shifter, Riley is responsible for teaching her everything there is to know about being a wolf. What he doesn't expect is just how explosive their passion is now that he can reveal his secrets.

But not everyone is happy that Riley and Mackenzie have become so close-- rivals to become Mackenzie’s mate and old family feuds emerged to tear them apart. Against all odds, can Riley win Mackenzie for himself and keep peace within the Pack? 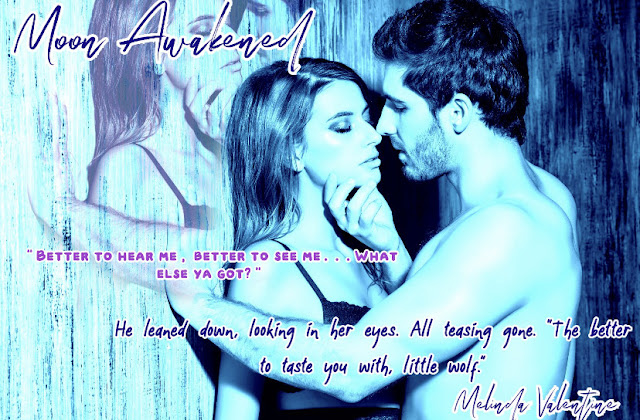 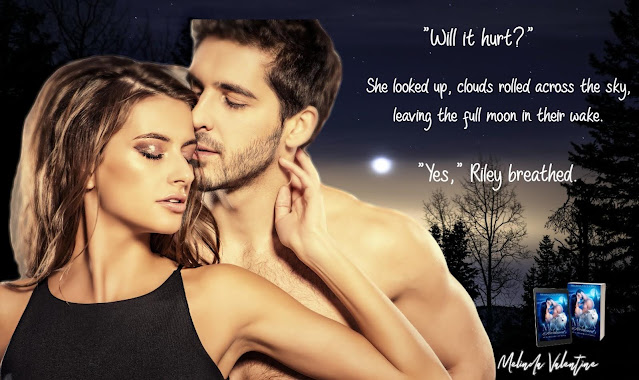 Meet The Author:
Melinda Valentine was born in upstate New York. Being the youngest of four children (and the only girl) made it easy for her to turn to books as a companion. As a young child she was whisked away to Baltimore, Maryland. She spent her youth reading books such as Nancy Drew, The Chronicles of Narnia and The Little House on the Prairie saga.
However, it wasn't until she was twelve years old that she read a book (Stephen king's IT) that made her realize that someday, she would herself be a writer. After that her first (horrible) manuscript came to life. At thirteen she had received her very first rejection letter. Heartbroken, she continued to read even more to learn about the craft of writing.
Today Melinda calls West Virginia home, with her swoon worthy husband , three hilarious children, and three crazy puppies. She creates characters that she hopes her readers fall in love with as much as she has.
WEBSITE | FACEBOOK | TWITTER
INSTAGRAM | GOODREADS | AMAZON
Hosted by:

This is the first book I’ve read by this author and I thoroughly enjoyed it. I love PNR and this one was fantastic. The writing was excellent and the plot was unique. Riley & Mac were simply perfect together. I can’t wait to read more in this series. 4.5 very strong ⭐️! Now I’m off to see what else Ms Valentine has written.