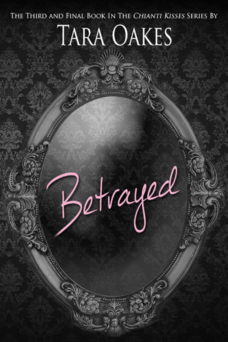 Betrayed, Book 3 in the Chianti Kisses series, is now available!
SYNOPSIS
BETRAYED, is the third and final installment in the CHIANTI KISSES saga that follows the Lombardi and DiBeedetto families through their trials and tribulations. Dom and Vincenza, ( or"Baby V" as he likes to call her)'s, family have been joined since before they were born. Loyalty runs deep... so deep in fact that the two were betrothed- unbeknownst to V, who fell in love with her prince charming before learning the truth about just how "perfect" they were for each other. Dom has proven his love for his Baby V time and time again. In BOSS, the second book in the series, he risked everything to keep her safe and honor the vows he made to her. The decisions and choices he made in order to provide that safety had cost him... cost him dearly. Dom was thrust back into the life and legacy he swore he would never be a part of. Now boss of one of the most powerful crime families on the East Coast, Dom faces a whole new set of challenges. But... this new power comes with a world of danger. When Dom uncovers a long held secret that has the power to destroy his family, his marriage, his business... everything that matters to him, what can he do? Their love has been tested and survived what most wouldn't be able to overcome. Now, with this very real threat fuming over him Dom must find a way to do the impossible... to make the difficult choices and uncover the truth behind the ultimate BETRAYAL. You know what they say... It ain't easy being BOSS.

Betrayed can be purchased at Amazon: http://www.amazon.com/BETRAYED-Chianti-Kisses-Book-3-ebook/dp/B010RYBACA/ref=as_sl_pc_qf_sp_asin_til?tag=authortaraoak-20&linkCode=w00&linkId=RC6EEGDNBPOP7T66&creativeASIN=B010RYBACA 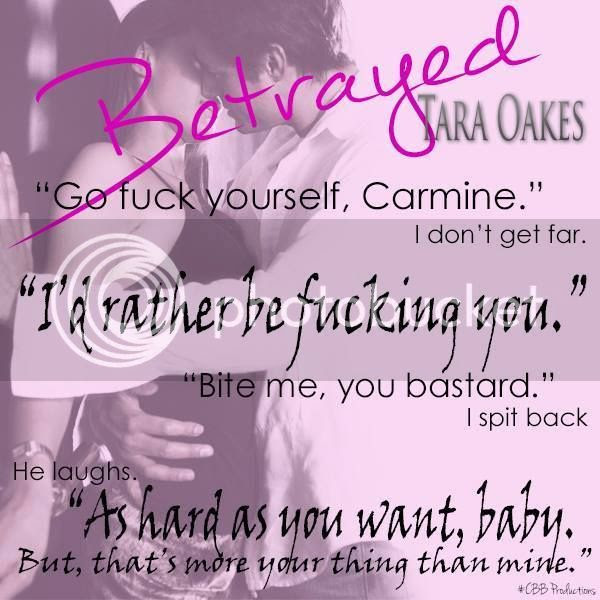 LEARN MORE ABOUT TARA
Tara is a thirty something newbie author from Long Island, New York. She's a voracious reader, a passionate writer and obsessive junk T.V. aficionado. When she's not doing one of those three things she is attempting to garden, hanging with her hubby or partaking in some retail therapy. She enjoys connecting with her readers and is having a blast entering into this new world of publishing.