Release Day Blitz ~ Other Side of Beautiful by Sarah Zolton Arthur 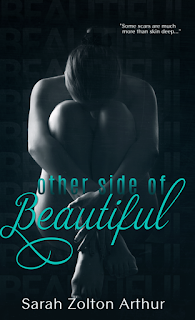 Two years ago, Elle Dinninger left home for college and never looked back.
A secret nervous breakdown and an awful family were all the incentive she needed to distance herself from her past. Despite her mother’s relentless efforts to drag her down, Elle has a set career path and wonderful friends, including the sexy serial dater, Benton Hayes.
Ben Hayes longs for the one thing he fears most…
Aware of his reputation, which he cultivates to avoid serious relationships, he’s seen how destructive—and even deadly—love can be. But he’s been friends with Elle since freshman year, and wants more from the beautiful, curvy co-ed, if he can find the courage to tell her how he feels.
Elle’s tormented history won’t lie quietly.
She tries to move forward, but others pursue their own agendas at her expense, leaving Elle vulnerable and unable to trust anyone…even Ben, so she falls back into destructive habits.
Ben fights to help Elle overcome her fears and insecurities, but when one of her darkest secrets is revealed, he seems to pull away.
Elle is shattered and decides the only thing left to do is to disappear…
Lost in her own negative self-image and the reopening of old wounds, she can only be saved by Ben’s unconditional love.
Can Ben get past his jaded views in time to make Elle see how beautiful she truly is?
Or are the star-crossed lovers destined for tragedy? 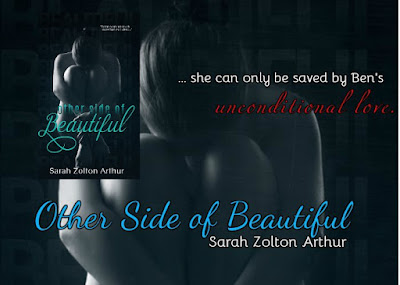 Sarah lives in Michigan with her two sons, one IS a teenager and one ACTS like one, where she spends her days daydreaming about living somewhere that stays warm year round (when she's not BUSY writing or reading).
In Sarah's world all books have kissing and end in some form of HEA. 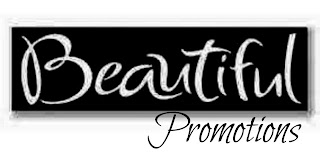