Book Blitz & Giveaway ~ Touched to the Soul by Elsa Winckler 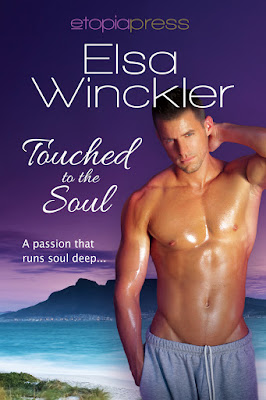 A passion that runs soul deep...

Zoe Sutherland can't stand the pushy, arrogant architect Dale Cavallo. He was just too damn sure of himself, too handsome, too…everything. Maneuvered into working as the interior decorator on his latest project, a glamorous new hotel, Zoe can't keep her mind on the job. And worse, the strange man won't give her access to the hotel's floor plans. How is she supposed to finish the design when she doesn't have the plans? And when the obnoxious man distracts her with every smoldering look, every touch...

Dale has one goal: get rid of the pesky interior designer. Since he's been forced into close proximity with the beautiful Zoe, everything's gone downhill. And to make matters worse, she's only out to further her own career—and he's not about to give her the hotel's plans so she can steal his ideas. He needs to get her out of his system, and sleeping with her seems like the best way to do that. When it comes to women, he's found the best way to handle them is to love 'em and leave 'em. But something strange is happening...because after a night of loving Zoe, he's finding it harder than ever to leave…

Desperately she tried to get her sluggish brain cells to work, tried to rationalize what she was feeling. If she thought about it, her reaction was normal. She was young and unattached; he was a sought-after, rich tycoon—what girl wouldn’t swoon a little bit? And anyway, this was probably the way he always danced with any woman. She’d read enough about him to know he seldom had the same girl on his arm. So she knew this was just for tonight.

Slowly she became aware that the music was farther away, that they’d moved on to the wide terrace overlooking the sea. He steered her farther away around a pillar. And for the first time, she looked up at him.

His eyes were dark with an expression she’d never seen before. What was it? Desire? But that was impossible; it had been obvious from the start that he could hardly stand the sight of her. Surely he wasn’t interested in her in that way, was he?

“Zoe, this is exactly the reason why I’ve stayed away from you, why I haven’t danced with you tonight. This is so not what I want, but I can’t seem to help myself around you…”

Before she could ask what he was talking about, he kissed her.

His lips were warm and demanding, and with a sigh she surrendered. It never even occurred to her to deny him this. To deny herself this pleasure. Because that’s what it was. Pure, unadulterated pleasure.

With a shaky exhale, she pulled him closer and thrust her fingers into his hair. He groaned while his hands restlessly explored her body. Don’t stop, please don’t stop, a voice begged inside her head. For a split second she worried that she’d said the words out loud, but quickly remembered her mouth was otherwise engaged. As far as she was concerned, it could stay that way forever. 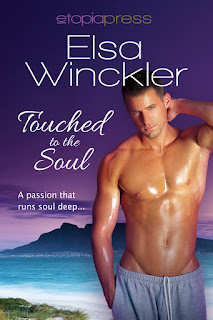 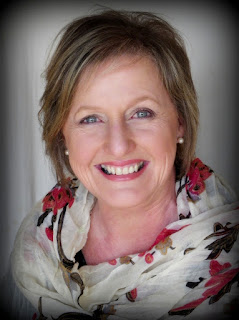 Inspired by the writing of Jane Austen, Elizabeth Gaskell, Henry James, and the Brontë sisters, Elsa Winckler likes her heroines beautiful, feisty, independent and headstrong. She married her college boyfriend who, after 40 years, still makes her weak in the knees. They have 3 interesting children, 3 beautiful grandsons and live in the picturesque little seaside village of Betty's Bay, South Africa.