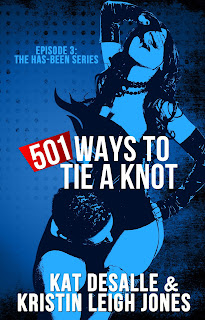 Being a submissive isn't easy. Being one of the BDSM community's most sought after ones that is willing to do, try, exhibit and teach anything…is even harder. Follow Levi as he takes his recently devastated friend, Rod, to Arizona to heal. Although you quickly learn he isn't there to just help Rod as this trip was already planned and is a necessity for Levi. He’s there to relax, re-group, and prepare himself for his next cross-country tour to showcase his talents as a male submissive. 501 Ways to Tie a Knot unravels the mystery that is the Amish born man, Levi Johnson, who fled rural Pennsylvania at eighteen to find more from life—to feed his hungry soul.

Levi discovers that everything in life comes at a price—especially when your heart and soul get involved. On the last stop of his tour in the infamous New Orleans, he’s faced with an impossible situation: two women have his attention—both are lying. What happens when Levi falls in love with one of them, and lusts for the other? When the shocking reality becomes too hard to handle, he begins to question his existence in its entirety. His tediously balanced world gets turned upside down. Will he accept the truth, or will what he’s always desired walk out of his life forever?
Teasers 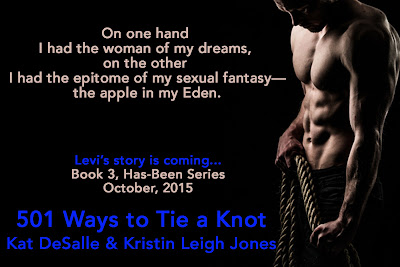 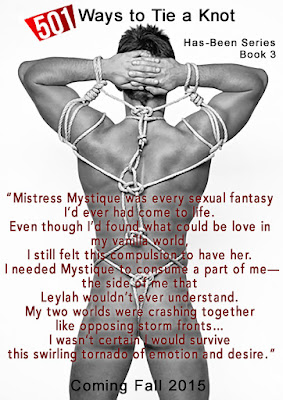 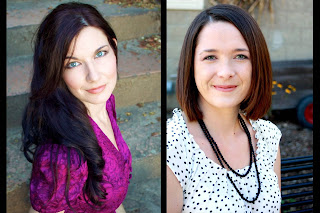 Kat DeSalle is one half of the crazy writing duo that created the HAS BEEN SERIES. Born and raised in California, she graduated with a degree in Fine Art, which introduced her to a number of creative outlets. She dabbled in various jobs ranging from teaching art, to working in the finance industry. Ultimately, she found her passion in writing. Now, she lives in the San Francisco Bay Area with her husband and children, where she follows her dream of writing romance novels.
~*~
Kristin Leigh Jones is the wearer of many hats —not literally—although she does look good in one. From being a full-time mom, wife, chef, maid, dog walker, litter box scooper to owning a photography business and working as a freelance editor ... She now adds writer to her long resume. Between juggling all these tasks she squeezes in as much time as possible for snuggling her babies, reading, and watching football on Sundays in the fall. Da Bears! Hailing from the Midwest her whole life, she fully appreciates the change of seasons but admits to really only enjoying it less than 5 months of the year.

Kristin is very thankful to have found another half of her brain in her dear friend Kat. Who, might be thousands of miles away, is never farther than a text or a phone call. Together they make up the dynamic duo writing and producing the hilariously romantic and sexy Has Been Series. 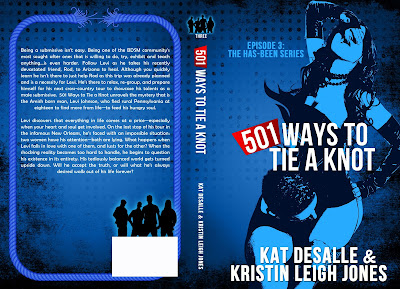