COMPANION NOVEL to the TANGLED WEB series Kory McCallister has had her eyes on tattoo artist Stone Bowman for quite some time—so long, in fact, that no other guy will do. Stone pushes every turn on button Kory has—he’s tattooed from head to toe; he’s hot; he’s funny and charming; and he’s also mysterious. So when Kory’s friends dare her to ask Stone out on a date, she can’t believe she actually finds the guts to do it. More surprising? He takes her up on the offer. She discovers that, while his past might not be quite as dark or mysterious as she’d imagined, it’s bigger than she’d expected, and it’s something she will need to contend with if she decides she wants to keep him around to color her life for good.

“Know what? Never mind. I thought you were better than that.” She turned on her heel and started walking down the street away from him. Three…four…five. “Kory.” Yes. It had worked…well, at least she hoped so. She’d have to wait to hear what he had to say. Carefully, she turned around. She was several steps away from him. She made sure her face didn’t show sadness, fear, or anger. She hoped she had a look of annoyance, like he was an irritant at this point. She let out a breath as though she didn’t have time to wait. Finally, she said, “Yeah?” He walked toward her and she became aware of the sound his boots made on the sidewalk. Sure, she heard a couple of cars driving down the street, and she could hear noise from the bar she was almost standing in front of. She was becoming more and more aware of the heat bearing down on her shoulders like a weight, and it got worse the closer he got, because her breathing grew shallow. He stood in front of her. Oh, fucking hell. His eyes were dark and her mouth started watering as his hands cupped her cheeks and he guided her chin upward until his lips touched hers. Gone…the heat, the noise, even her goddamn heartbeat…until it started throbbing in her chest and her blood began swarming through her body, warming her back up from lifelessness. Stone’s tongue touched her lips and parted them before entering her mouth and, holy God, for the first time in a long time throughout her miserable existence, she felt alive. Overflowing with too much emotion, too much adrenaline and… her fucking panties were wet …hopes and dreams, unspoken and unknown, flowed through her like water. Until the kiss was over. She opened her eyes, the breath gone from her lungs, and she searched his eyes. He’d done it. Why had he done it after fucking with her, blowing her off? Did he like messing with her mind? But his eyes—they told her more than his words ever could. Jesus. What she felt then was heavy. Had he been screwing around with her head, when really he was just trying to deny something? As she sucked in a breath, forcing it to the bottom of her lungs, she realized her hands had formed fists around the back of his t-shirt, as though she were clinging to him for dear life. No smile, no smirk. He said, “That what you wanted?” 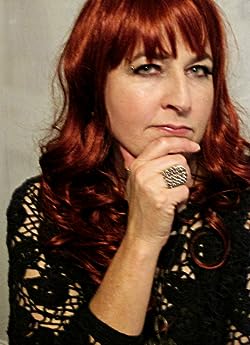